Tall, elastic-faced French actor Jean-Pierre Cassel (1932-2007) rode the crest of the Nouvelle Vague, the French New Wave in the early 1960s. The charming and energetic Cassel was being compared to Danny Kaye and Jacques Tati, but he also showed depth in roles for such famous directors as Claude Chabrol, Jean-Pierre Melville, Luis Buñuel and Robert Altman. 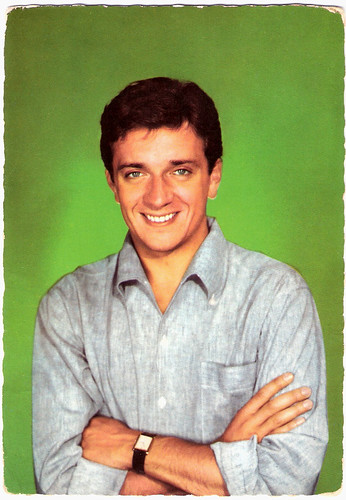 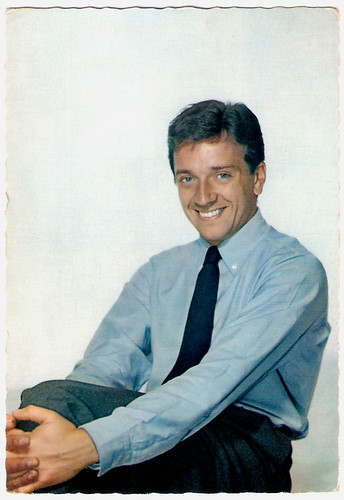 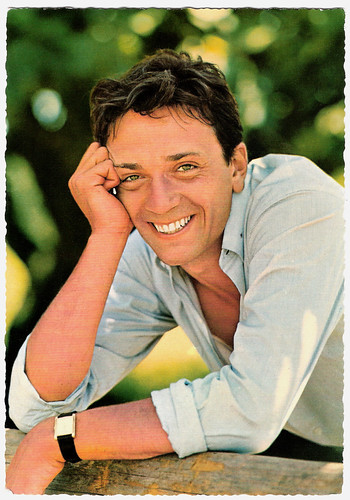 Jean-Pierre Cassel was born Jean-Pierre Crochon in Paris, in 1932. He was the son of doctor Georges Crochon and his wife Louise-Marguerite Fabrègue, an opera singer. He trained as a classical actor at the celebrated Cours Simon.

As an admirer of Fred Astaire, he took dance lessons in tap, modern and classical. Cassel was discovered by Gene Kelly as he tap danced in a St. Germain nightclub. Kelly cast him in his Paris-filmed seriocomedy The Happy Road (1957). Some years before he already had made his film debut with an uncredited bit role in the musical comedy Saluti e baci/The Road to Happiness (Maurice Labro, Giorgio Simonelli, 1953) starring Philippe Lemaire.

Cassel's break came in 1958, when he replaced Jean-Paul Belmondo on stage in the comedy Oscar. Nouvelle Vague director Philippe de Broca saw the show, and gave him the lead in Les Jeux de l'amour/Playing at Love (Philippe de Broca, 1960). This effervescent sex comedy was dominated by a running, jumping and gesticulating Cassel as a feckless young painter who will not give in to his live-in girlfriend's desire for marriage and a child.

The 1.83 m long Cassel continued with frenzied vivacity and eccentricity in Le Farceur/The Joker (Philippe de Broca, 1960), in which he is a dedicated philanderer searching for the perfect woman whom he thinks he has found in a beautiful and bored wife (Anouk Aimée).

In Arsène Lupin contre Arsène Lupin/ Arsene Lupin vs. Arsene Lupin (Edouard Molinaro, 1962) he starred opposite Catherine Deneuve's sister Françoise Dorléac. He had also fallen deeply in love with her. According to Cassel, it was ‘a terrible, destructive passion’. (Dorléac was killed in a motor accident in 1967.) 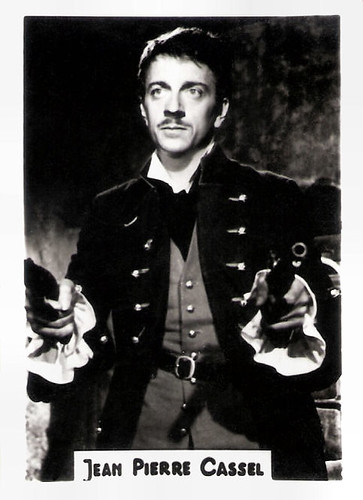 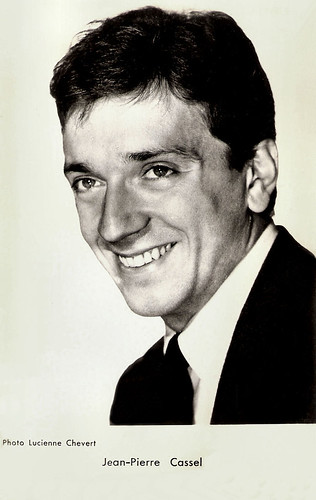 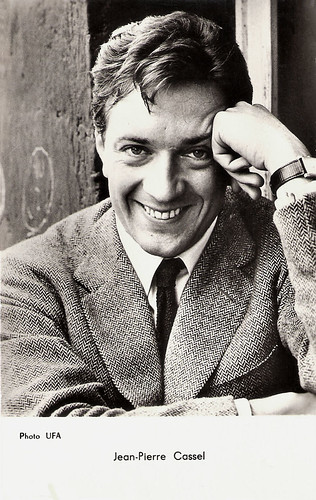 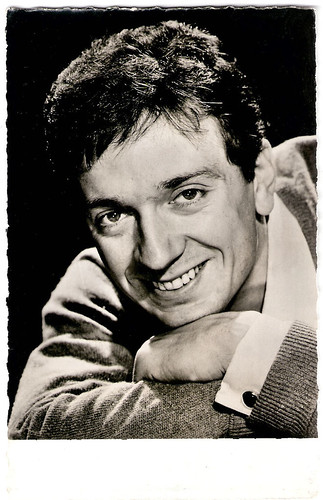 Charming, Energetic and Rather Lightweight

The image of a charming, energetic and rather lightweight performer pursued Jean-Pierre Cassel throughout his career even into his 70s, although he did manage to play against type several times. During the 1960s and 1970s he worked with several famous directors. The 67-year-old Jean Renoir chose him to lead a young cast in his penultimate film, the second world war comedy-drama Le Caporal Épinglé/The Vanishing Corporal (Jean Renoir, 1962). Cassel played the educated, off-beat corporal in a German PoW camp, dedicated to escaping, though all his many attempts, save one, end in failure.

A year later Cassel was the dashing musketeer opposite José Ferrer as the long-nosed poet in Cyrano et d'Artagnan (1963, Abel Gance), and he was the romantic soldier Jolie-Coeur in René Clair's final film, a period farce, Les Fêtes Galantes/The Lace Wars (René Clair, 1965).

He was able to suppress his natural charm as a seedy detective in Claude Chabrol's La Rupture/The Breach (1970), trying to ruin the reputation of a woman (Stéphane Audran) in a divorce case; and revealed a new gravitas through his role as 'Jean François Jardie' in the famous French Resistance drama L' Armée des ombres/The Army in the Shadows (Jean-Pierre Melville, 1969), and as Stéphane Audran's husband in Le charme discret de la bourgeoisie/The Discreet Charm of the Bourgeoisie (Luis Buñuel, 1972). Later he worked with Joseph Losey at La Truite/The Trout (Joseph Losey, 1982) with Isabelle Huppert.

He also appeared in various all-star English-language productions such as Those Magnificent Men in Their Flying Machines (Ken Annakin, 1965), Paris brûle-t-il?/Is Paris Burning? (René Clément, 1966), Oh! What a Lovely War (Richard Attenborough, 1969) as a French military officer singing 'Belgium put the Kibosh on the Kaiser', The Three Musketeers (Richard Lester, 1973) and its sequel The Four Musketeers (Richard Lester, 1974) as a bumbling King Louis XIII, and the Agatha Christie mystery Murder on the Orient Express (Sidney Lumet, 1974) starring Albert Finney.

French postcard by Editions PSG, presented by Corvisart, Epinal, no. 66. 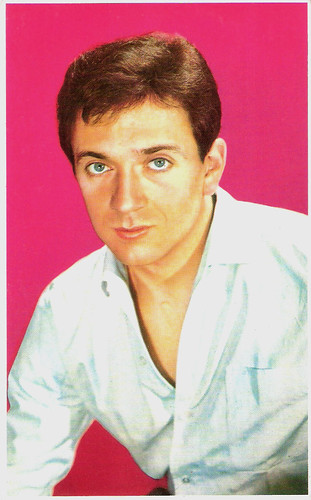 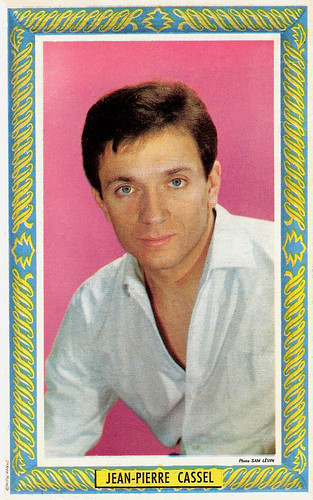 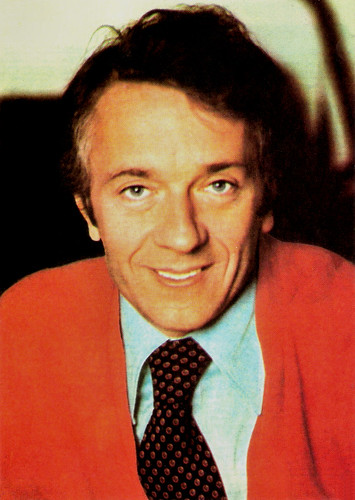 Jean-Pierre Cassel had a parallel career in the theatre, first in Jean Vilar's company in the 1960s for whom he played in Molière and Musset, and in 1976, he realised a long ambition to play in a Broadway musical. It was as the director in A Chorus Line at Drury Lane in London.

In the theatre, he did one-man show tributes to Fred Astaire and Gilbert Bécaud. In 2004, after he was hospitalised for cancer, Cassel resumed his career with renewed energy, writing his autobiography, making recordings and films.

In 2006, he climbed back on stage at the age of 74 for a retrospective of Serge Gainsbourg, a good friend since the 1950s. The homage Jean-Pierre Cassel chante et danse Gainsbourg Suite featured various songs of the famous French composer, including three unpublished songs from the 1960s.

In 2007, Cassel also appeared in dual roles (as Père Lucien and the Lourdes souvenir vendor) in Le Scaphandre et le papillon/The Diving Bell and the Butterfly (Julian Schnabel, 2007). In april 2007, Jean-Pierre Cassel died of cancer in Paris, aged 74. He was married to Sabine Litique (1966-1980) with whom he had three children, and to Anne Célérier (1981–till his death) with whom he had a daughter. He was the father of actor Vincent Cassel, Olivia Cassel (deceased), Mathias Cassel (also known as Rockin' Squat, leader of the French rap crew Assassin) and Cécile Cassel.

The eyes are always amazing on these folks. I learn something new every Friday by visiting with you. Thanks again! Happy PFF!

I haven't seen the expression "elastic-faced" before!