American film and television actress Sheree North (1932–2005) was one of 20th Century-Fox's intended successors to Marilyn Monroe. But North became her own woman in a varied and sometimes bumpy 40+ year film, stage and TV career. 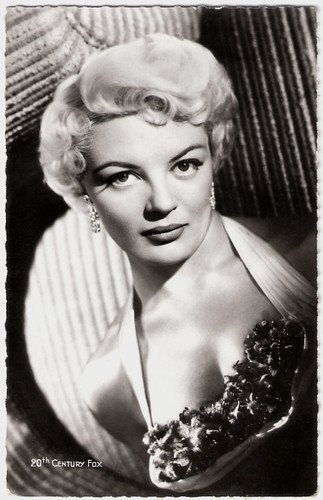 A brush with scandal


Sheree North was born Dawn Shirley Crang in 1932 in Los Angeles. She was the daughter of June Shoard and Richard Crang. Following her mother's remarriage to Edward Bethel, she was known as Dawn Shirley Bethel.

North began taking dance lessons at age 6. At age 10 she danced in several USO shows during WWII. At age 13 she lied about her age so she could become a chorus girl. In 1948, she married Fred Bessire. She bore her first child at age 17 in 1949, and continued dancing in clubs under the stage name Shirley Mae Bessire.

North made her film debut as an uncredited extra in the Red Skelton comedy Excuse My Dust (Roy Rowland, 1951). She was discovered in a Santa Monica night club by a famous choreographer who cast her as a chorus girl in the film Here Come the Girls (Claude Binyon, 1953), starring Bob Hope. Around that time, she adopted the stage name Sheree North.

She made her Broadway debut in the musical Hazel Flagg. For her performance, she won a 1953 Theatre World Award. She reprised her role in the film version, Living It Up (Norman Tautog, 1954) with Dean Martin and Jerry Lewis. In 1954, North signed a four-year contract with 20th Century-Fox.

She appeared in such Box Office friendly entertainments as the musicals How to be very, very popular (Nunnally Johnson, 1955) with Betty Grable in her final role, and The Best Things in Life are Free (Michael Curtiz, 1956) with Gordon MacRae, Dan Dailey and Ernest Borgnine, as well as the comedy The Lieutenant wore Skirts (Frank Tashlin, 1956) with Tom Ewell.

Fox later signed Jayne Mansfield in 1956 and North was pushed aside by the studio. She appeared in four more forgettable Fox films - The Way to the Gold (Robert D. Webb, 1957), No Down Payment (Martin Ritt, 1957) with Joanne Woodward, In Love and War (Philip Dunne, 1958), and Mardi Gras (Edmund Goulding, 1958) with Pat Boone. Her contract was not renewed after 1958. 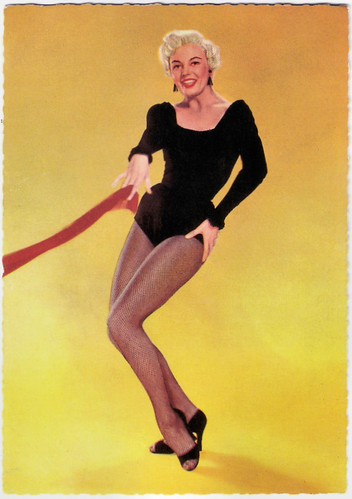 German postcard by ISV, no. A 27. Photo: 20th Century Fox. Publicity still for The Best Things in Life Are Free (Michael Curtiz, 1956).

North joined the stage cast of 'I Can Get It for You Wholesale' in 1962, which featured Elliott Gould and introduced Barbra Streisand. North took over for Shirley Knight in a Los Angeles production of 'Dutchman', which coincided with the 1965 Watts riots. The production was controversial and was blamed by conservatives for inciting unrest. It was picketed, ads were blocked from the newspapers and North's car was set on fire. Despite that, the production ran for a year.

From 1959 to 1968, she appeared in only one feature film, the low budget Sci-Fi flick Destination Inner Space (Francis D. Lyon, 1966) with Scott Brady.

In 1968 she began her longtime association with director Don Siegel, appearing in a supporting role in the cop drama Madigan (Don Siegel, 1968) with Richard Widmark and Henry Fonda. Siegel went on to cast in her in some of her best screen roles.

With Elvis Presley, North played in one of his final films, The Trouble With Girls (Peter Tewksbury, 1969). 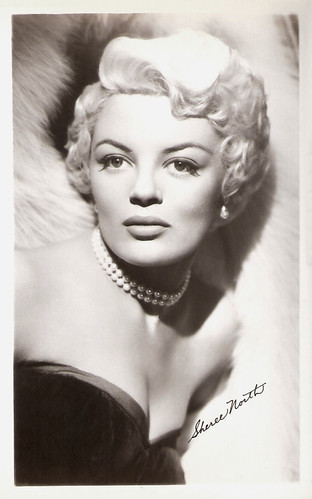 
From 1969 to the late 1970s, Sheree North was an in-demand supporting player on the big screen. She played a nameless waitress/stripper who sleeps with Gene Hackman in John Frankenheimer's forgotten gem The Gypsy Moths (1969), and a former romantic interest of Burt Lancaster, now trying to save her common-law fugitive husband in the Western Lawman (Michael Winner, 1971).

Through the 1980s and 1990s, she made numerous appearances on TV and appeared in an occasional feature film like Maniac Cop (William Lustig, 1988) and Defenseless (Martin Campbell, 1991), starring Barbara Hershey.

Sheree North was married four times, to Phillip Alan Norman, Dr. Gerhardt Ralph Sommer, John M. 'Bud' Freeman and Frederick Arnold Bessire Jr. and she had two daughters, Dawn Jeanette Bessire (1949) and Erica Eve Sommer (1959), from different marriages. Emmy Award-winning film title designer Phill Norman had been her companion from 1981 and they married in 2003, two years before her death. Sheree North died during cancer surgery in 2005. She was 73.