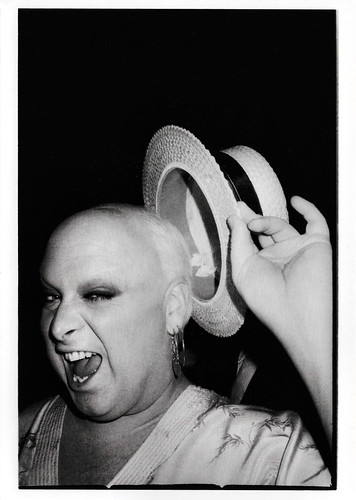 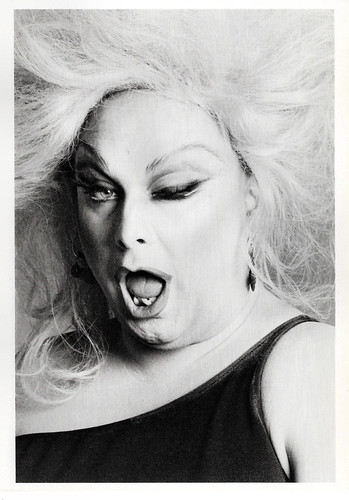 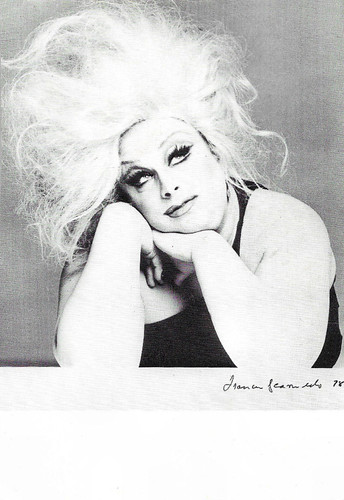 
Harris Glenn Milstead was born in 1945 in Baltimore, Maryland to a conservative middle-class family. His parents were Harris Bernard Milstead and Frances Milstead (née Vukovich). Their only child, his parents lavished almost anything that he wanted upon him, including food. He became overweight, a condition he lived with for the rest of his life.

Divine preferred to use his middle name, Glenn, to distinguish himself from his father, and was referred to as such by his parents and friends. When he was 17, his parents sent him to a psychiatrist, where he first realised his sexual attraction to men as well as women, something then taboo in conventional American society. In 1963, he began attending the Marinella Beauty School, where he learned hair styling and, after completing his studies, gained employment at a couple of local salons, specialising in the creation of beehives and other upswept hairstyles. Milstead developed an early interest in drag while working as a women's hairdresser. He eventually gave up his job and for a while was financially supported by his parents, who catered to his expensive taste in clothes and cars. They reluctantly paid the many bills that he ran up financing lavish parties where he would dress up in drag as his favourite celebrity, actress Elizabeth Taylor. By the mid-1960s he had embraced the city's countercultural scene.

His friend from high school, John Waters gave him the name 'Divine' and the tagline of 'the most beautiful woman in the world, almost'. Waters later remarked that he had borrowed the name Divine from a character in Jean Genet's novel Our Lady of the Flowers (1943). Along with his friend David Lochary, Divine joined Waters' acting troupe, the Dreamlanders (which also included Mary Vivian Pearce and Mink Stole), and adopted female roles for their experimental short films. The first film was Roman Candles (John Waters, 1966), which was shown 'triple projected' on three 8mm projectors running simultaneously but was never released commercially. Divine starred in drag as a smoking nun. Other short films were Eat Your Makeup (John Waters, 1968), and The Diane Linkletter Story (John Waters, 1969), filmed on Sunday afternoons. Again in drag, he took a lead role in Waters' first full-length film, Mondo Trasho (John Waters, 1969) as an unnamed blonde woman who drives around town and runs over a hitchhiker. In their review of the film, the Los Angeles Free Press exclaimed that "The 300-pound (140 kg) sex-symbol Divine is undoubtedly some sort of discovery."

In 1970, he travelled to San Francisco, California, a city which had a large gay subculture that attracted Divine, who was then embracing his homosexuality. Divine played the role of Lady Divine, the operator of an exhibit known as 'The Cavalcade of Perversion' who turns to murdering visitors in Waters's film Multiple Maniacs (John Waters, 1970). The film contained several controversial scenes, notably one which involved Lady Divine masturbating using a rosary while sitting inside a church. In another scene, Lady Divine kills her boyfriend and proceeds to eat his heart; in actuality, Divine bit into a cow's heart which had gone rotten from being left out on the set all day. At the end of the film, Lady Divine is raped by a giant lobster named Lobstora, an act that drives her into madness; she subsequently goes on a killing spree in Fell's Point before being shot down by the National Guard. Due to its controversial nature, Waters feared that the film would be banned and confiscated by the Maryland Censor Board, so avoided their jurisdiction by only screening it at non-commercial venues, namely rented church premises. Multiple Maniacs was the first of Waters's films to receive widespread attention, as did Divine. KSFX remarked that "Divine is incredible! Could start a whole new trend in films."

Following his San Francisco sojourn, Divine returned to Baltimore and participated in Pink Flamingos (John Waters, 1972). Designed by Waters to be an exercise in poor taste, the film featured Divine as Babs Johnson, living in a pink trailer with her egg-eating grandmother, chicken-loving son and voyeuristic daughter. Babs claims to be 'the filthiest person alive' and she is forced to prove her right to the title from challengers, Connie (Mink Stole) and Raymond Marble (David Lochary). In one scene, the Marbles send Babs a turd in a box as a birthday present, and in order to enact this scene, Divine defecated into the box the night before. The final scene in the film proved particularly infamous, involving Babs eating fresh dog feces. Divine later told a reporter: "I followed that dog around for three hours just zooming in on its asshole," waiting for it to empty its bowels so that they could film the scene. The scene became one of the most notable moments of Divine's acting career, and he later complained of people thinking that "I run around doing it all the time". The film proved a hit on the U.S. midnight movie circuit, became a cult classic, and established Divine's fame within the American counterculture. 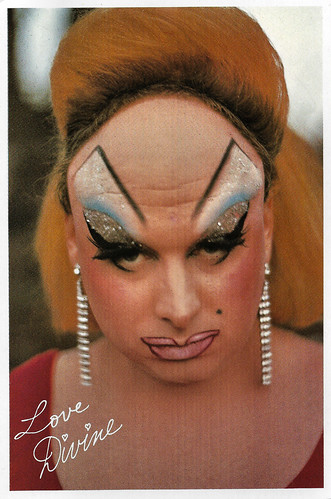 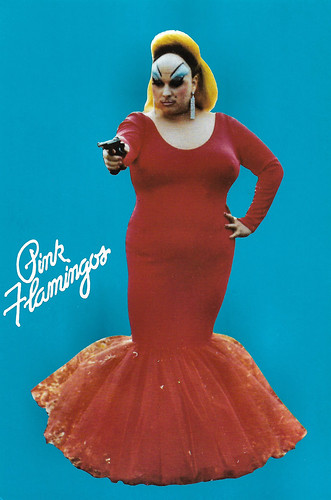 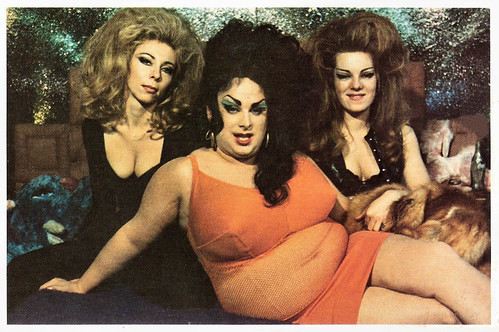 The stereotype of simply being a female impersonator


Divine returned to San Francisco, where he and Mink Stole starred in a number of small-budget plays at the Palace Theater as part of drag troupe The Cockettes, including 'Divine and Her Stimulating Studs', 'Divine Saves the World', 'Vice Palace', 'Journey to the Center of Uranus' and 'The Heartbreak of Psoriasis'. In 1974, Divine returned to Baltimore to film Waters's next motion picture, Female Trouble (John Waters, 1974), in which he played the lead role.

Divine was unable to appear in Waters's next feature, Desperate Living (John Waters, 1977), despite the fact that the role of Mole McHenry had been written for him. This was because he had returned to working in the theatre as the scheming prison matron Pauline in Tom Eyen's play 'Women Behind Bars' and its sequel,'The Neon Woman'.

While in London in 1978, Divine attended as the guest of honour at the fourth Alternative Miss World pageant, a 'mock' event founded by Andrew Logan in 1972 in which 'drag queens' – including men, women and children – competed for the prize. The event held in a circus tent on Clapham Common in South London was filmed by director Richard Gayer. His film, Alternative Miss World (Richard Gayer, 1980), premiered at the Odeon in London's Leicester Square as well as featuring at the Cannes Film Festival, both events which were attended by Divine.

Continuing his cinematic work, he starred in Polyester (John Waters, 1981) as Francine Fishpaw. Unlike earlier roles, Fishpaw was not a strong female but a meek and victimised woman who falls in love with her dream lover, Todd Tomorrow, played by Tab Hunter. The film was released in 'Odorama', accompanied by 'scratch 'n' sniff' cards for the audience to smell at key points in the film.

In 1981, Divine embarked on a career in the disco industry by producing a number of Hi-NRG tracks, most of which were written by Bobby Orlando. He achieved international chart success with hits like 'You Think You're a Man', 'I'm So Beautiful', and 'Walk Like a Man', all of which were performed in drag.

The next Divine film, Lust in the Dust (Paul Bartel, 1985), reunited him with Tab Hunter and was Divine's first film not directed by John Waters. Set in the Wild West during the nineteenth century, the film was a sex comedy that starred Divine as Rosie Velez, a promiscuous woman who works as a singer in saloons and competes for the love of Abel Wood (Tab Hunter) against another woman (Lainie Kazan). A parody of the Western Duel in the Sun (King Vidor, 1946), the film was a moderate critical success.

Divine followed this production with a very different role, that of gay male gangster Hilly Blue in Trouble in Mind (Alan Rudolph, 1985), starring Kris Kristofferson and Keith Carradine. The script was written with Divine in mind. Although not a major character in the film, Divine had been eager to play the part because he wished to perform in more male roles and leave behind the stereotype of simply being a female impersonator. Reviews of the film were mixed, as were the evaluations of Divine's performance. 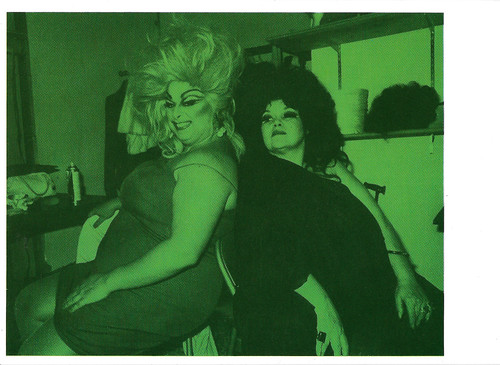 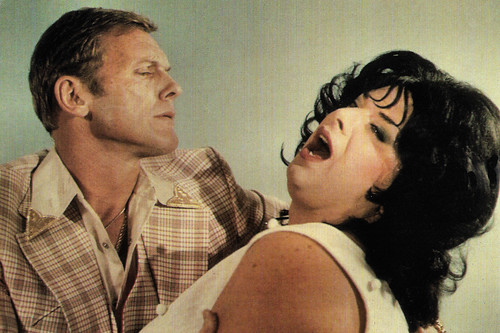 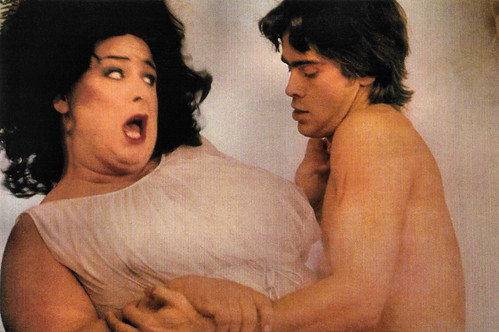 His breakthrough into mainstream cinema


Divine reunited with John Waters for Hairspray (John Waters, 1988), which represented his breakthrough into mainstream cinema. Set in Baltimore during the 1960s, Hairspray revolved around self-proclaimed "pleasantly plump" teenager Tracy Turnblad (Ricki Lake) as she pursues stardom as a dancer on a local television show and rallies against racial segregation.

As he had in Female Trouble, Divine took on two roles in the film, one of which was female and the other male. The first of these, Edna Turnblad, was Tracy's loving mother; the other was the racist head of the station that airs the 'Corny Collins show'. Hairspray was only a moderate success upon its initial theatrical release, earning a modest gross of $8 million. However, it managed to attract a larger audience on home video in the early 1990s and became a cult classic.

Divine's final film role was in the low-budget comedy horror Out of the Dark (Michael Schroeder, 1989), produced with the same crew as Lust in the Dust. Appearing in only one scene within the film, he played the character of Detective Langella, a foulmouthed policeman investigating the murders of a killer clown. Out of the Dark would be released the year after Divine's death.

On 7 March 1988, three weeks after Hairspray was released nationwide, Divine was staying at the Regency Plaza Suites Hotel in Los Angeles. He was scheduled to film a guest appearance the following day as Uncle Otto on the Fox network's television series Married... with Children in the second season wrap-up episode. Shortly before midnight, he died in his sleep, at age 42, of an enlarged heart (according to Wikipdia) or respiratory failure caused by sleep apnoea (according to IMDb). It was probably a combination.

Described by People magazine as the 'Drag Queen of the Century', Divine has remained a cult figure, particularly within the LGBT community, and has provided the inspiration for fictional characters, artworks, and songs. Various books and documentary films devoted to his life have also been produced, including 'Divine Trash' (1998) and 'I Am Divine' (2013), written by Divine's manager and friend Bernard Jay. Frances Milstead subsequently cowrote her own book about Divine, entitled 'My Son Divine' (2001), with Kevin Heffernan and Steve Yeager. His mother's continued relationship with the gay community was later documented in the film Frances: A Mother Divine (Tim Dunn, Michael O'Quinn, 2010). 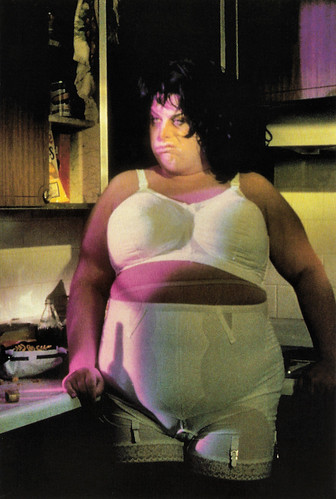 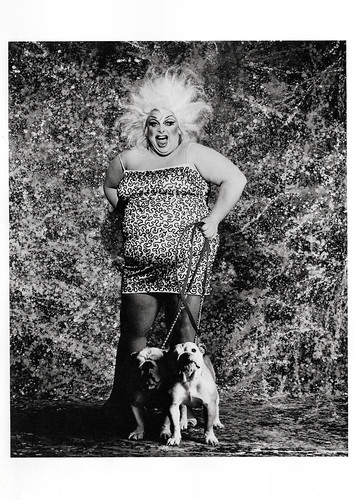