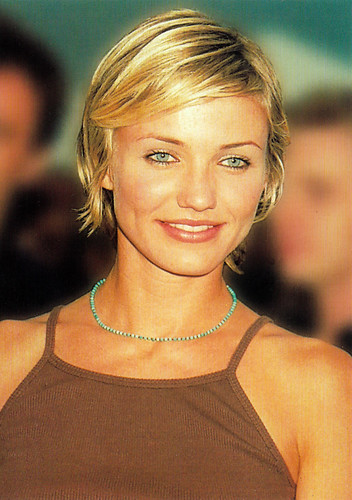 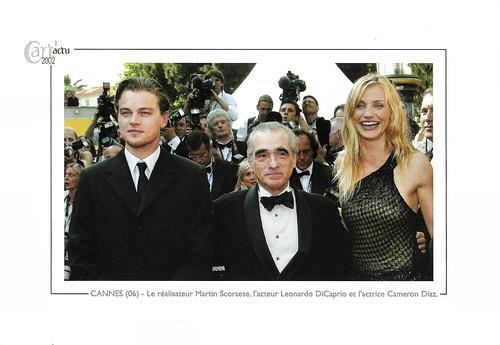 French postcard by Forum Cartes et Collections, Nouaillé, no. 35. Cannes (06), 2003. Photo: Anne-Christine Poujoulat-STF. Caption: The director Martin Scorsese (middle), the actor Leonardo DiCaprio (left) and the actress Cameron Diaz pose for the photographers before a screening of Gangs of New York on 20 May 2002 during the 55th Cannes Film Festival. 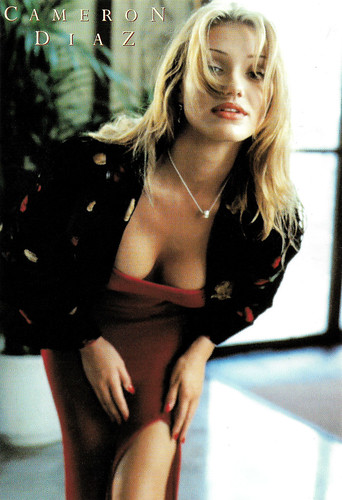 An adventurous, independent and a tough kid


Cameron Diaz was born in 1972 in San Diego, California. She is the daughter of a Cuban-American father and an Anglo-German mother.

She graduated from Long Beach Polytechnic (Poly) High School (Class of 1990) in Long Beach, California. As a member of that school's 'Polyettes' dance-drill team, Cameron performed during half-time at football games. Self described as "adventurous, independent and a tough kid", she lived in such varied locales as Japan, Australia, Mexico, Morocco, and Paris.

Returning to California at the age of 21, Diaz was discovered by a photographer at a Hollywood party. He helped her land a contract with the Elite Modeling Agency. She was working as a model when she auditioned for a big part in the comedy The Mask (Chuck Russell, 1994), based on a Dark Horse comic book series of the same name.

To her amazement and despite having no previous acting experience, she was cast as the female lead in the film opposite Jim Carrey. It proved to be a great acting debut for her. The Mask is both a crazy comedy, which surpasses the imagination, but also works well as a thriller with a dark atmosphere.

Over the next 3 years, she honed her acting skills in such low budget independent films as The Last Supper (Stacy Title, 1995), Feeling Minnesota (Steven Baigelman, 1996) with Keanu Reeves, and Head Above Water (Jim Wilson, 1996) with Harvey Keitel.

She returned to main stream films in My Best Friend's Wedding (P.H. Hogan, 1997), in which she held her own against leading lady Julia Roberts. In 1998, she earned full fledged star status for her performance in the box office smash There's Something About Mary (Bobby Farrelly, Peter Farrelly, 1998) with Matt Dillon and Ben Stiller.

Her following two projects — the sports drama Any Given Sunday (Oliver Stone, 1999) starring Al Pacino, and Spike Jonze's surrealist fantasy Being John Malkovich (1999) — lent Diaz a reputation as a dramatic actress, the latter earning her her second Golden Globe nomination. 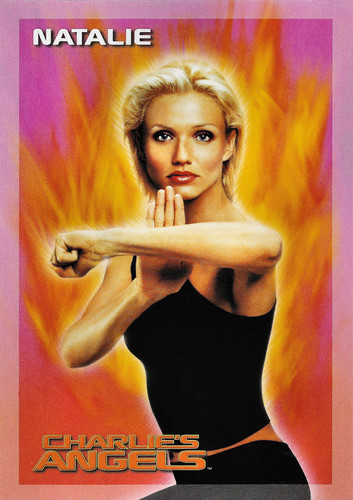 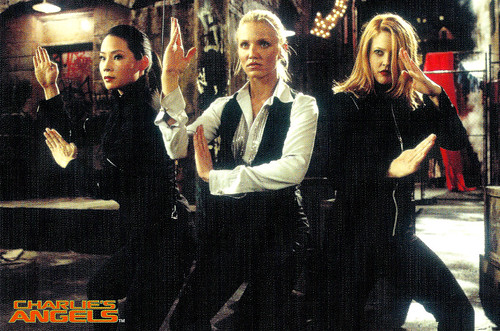 The highest-paid actress over 40 in Hollywood


Cameron Diaz earned a third Golden Globe nomination for her supporting role in Vanilla Sky (Cameron Crowe, 2001) starring Tom Cruise and Penélope Cruz. She appeared in numerous high-profile films in the early 2000s, including Charlie's Angels (McG, 2000) with Drew Barrymore and Lucy Liu, and its sequel Charlie's Angels: Full Throttle (McG, 2003), as well as voicing the character of Princess Fiona in the Shrek series (2001–2010).

In 2003, she was cast opposite Leonardo DiCaprio and Daniel Day Lewis in the period epic Gangs of New York (Martin Scorsese, 2003), for which she earned her fourth Golden Globe nomination. Worldwide, the film grossed a total of US$ 193 million, while it was embraced by critics.

Her subsequent films included the dramatic comedies In Her Shoes (Curtis Hanson, 2005) with Toni Colette, and The Holiday (Nancy Meyers, 2006) with Kate Winslet, and the disappointing psychological thriller The Box (Richard Kelly, 2009). Diaz appeared in starring roles in the gross comedies The Other Woman (Nick Cassavetes, 2014) and Sex Tape (Jake Kasdan, 2014).

She tried to break out of her self-imposed prison of dumb blonde jokes but crashed with forgettable blockbusters such as Knight & Day (James Mangold, 2010) with Tom Cruise, and struggled as a cheetah-owning sociopath in Ridley Scott’s nonsensical thriller The Counsellor (2013). And then there were the duds Gambit (Michael Hoffman, 2012), and What to Expect When You’re Expecting (Kirk Jones, 2012).

She appeared in a new film adaptation of Annie (Will Gluck, 2014). For her part, Diaz was nominated for the Golden Raspberry Award for Worst Supporting Actress. Although the film received generally negative reviews, it managed to break even financially, grossing $133 million. Months after the film's release, Diaz confirmed she was formally retiring from acting, and she did not make a new film since.

Diaz wrote two health books: 'The Body Book' (2013), a New York Times bestseller, and 'The Longevity Book' (2016). In 2015, Cameron Diaz married her boyfriend of 8 months, Benji Madden. After appearing in There's Something About Mary (1998), Diaz briefly dated her co-star Matt Dillon. The following year, she began a four-year relationship with actor Jared Leto, which ended in 2003. Later, she dated singer and actor Justin Timberlake. They separated in 2007. 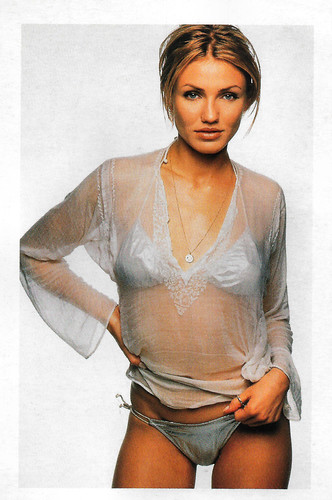 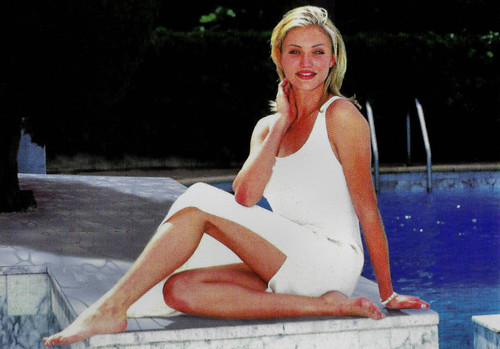