Oskar Karlweis (1894- 1956) was an Austrian stage and film actor, who was at the peak of his popularity in operettas and comedies in Munich, Berlin and Vienna during the 1920s. Especially with the operettas by Johann Strauss Jr., such as 'Die Fledermaus' and 'Wiener Blut', he had great successes. During the early 1930s, he also appeared in several popular films, most notably as one of Lillian Harvey's suitors in Die Drei von der Tankstelle/The Three from the Filling Station (1930). Due to the Nazi persecution of Jews, he was forced to leave Austria after the 1938 'Anschluss', eventually resettling in the U.S. where he appeared on Broadway and in occasional films and television productions. 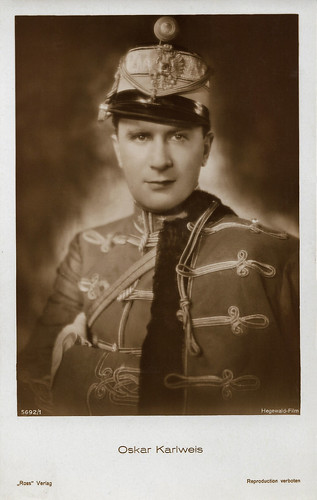 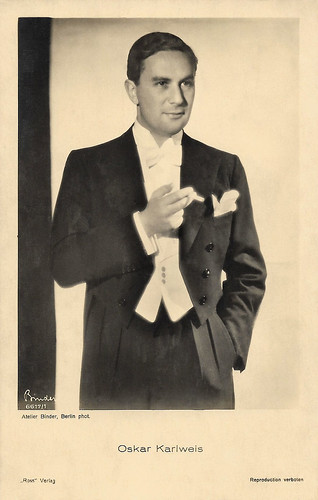 
Oskar Karlweis was born Oscar Leopold Karlweis in 1894 in Hinterbrühl, Austria. Son of the playwright C. Karlweis, the young Oskar abandoned his law studies for the stage.

First he performed for eight years at Vienna's Stadttheater. After service in World War I, he was active with Max Reinhardt's Theater in der Josefstadt in Vienna, followed by engagements at various theatres in Munich and Vienna.

He made his feature film debut in the German silent drama Die Försterchristl/The Bohemian Dancer (Frederic Zelnik, 1926) starring Lya Mara and Harry Liedtke. It was followed by such silent films as Liebe im Kuhstall/Love in the Cowshed (Carl Froelich, 1928) starring Henny Porten.

In 1927 he went to Berlin, where he worked for the Deutschen Theater and was successful in Strauss operetta's like 'Der Fledermaus' and 'Wiener Blut'. His general manner was humorous, charming, naive, and cheerful. 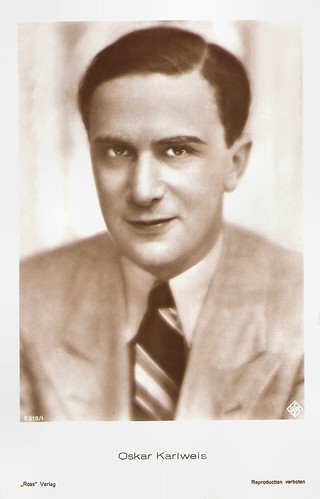 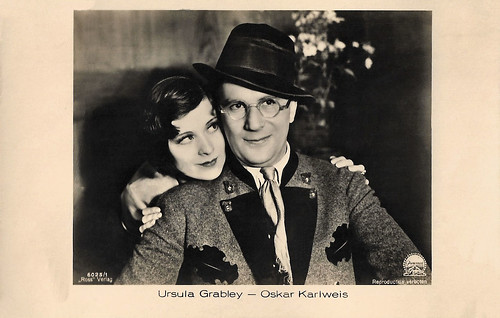 Getting his English legs


With Hitler's rise to power in 1933, Oskar Karlweis, who was of Jewish descent, had to emigrate. He returned to his home country Austria and was able to continue his career at the Kammerspielen and at the Theater in der Josefstadt.

He also appeared in such films as the drama Letzte Liebe/Last Love (Fritz Schulz, 1935) starring Albert Bassermann. With the Nazi Anschluss in 1938 he was again forced to flee, first to Switzerland and then to Paris where, at both locations, he took to the stage with fellow Austrian law school dropout, writer/director, and cabaret performer Karl Farkas.

When German forces took Paris in 1940, Karlweis, along with his friend Austrian writer Friedrich Torberg, fled via Spain to Portugal, whence they made their way to New York.

Not knowing English, Karlweis was at first limited to acting in German emigré productions, but he soon got his English legs and had his first great success in English in 1942 with 'Rosalinda'. He appeared in eight Broadway shows, including the title role in Franz Werfel's long-running 'Jacobowsky and the Colonel,' garnering outstanding reviews.

In 1948, Karlweis returned to Vienna for the first time after the war. In Austria, he was welcomed by an enthusiastic audience. After this successful comeback, he commuted between Austria and the USA in the next years.

Oskar Karlweis died in 1956 of a heart attack in New York, and is interred in Vienna. In 1946, he had married theatrical and film producer Ninon Tallon, the niece of three-time Prime Minister of France Édouard Herriot. She continued to use his surname professionally until after his death. 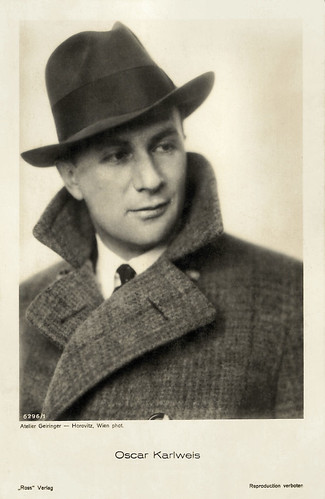 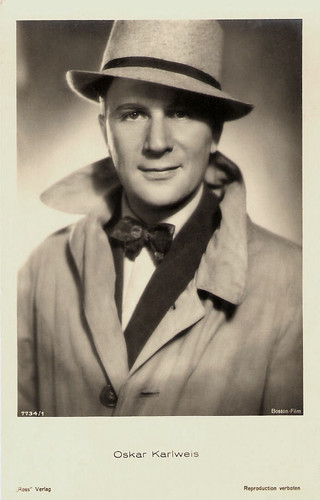 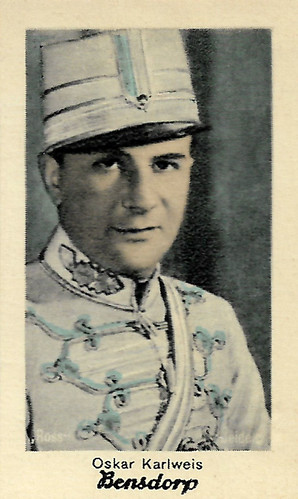