The romantic comedy Jenny (1958) was the first Dutch film in colour. The film was directed by Willy van Hemert and his daughter Ellen played the title role. At the same time a German language version of Jenny was directed by Alfred Bittins, which featured Gisela Fritsch and was released a year later. The Dutch version was a popular success, but Van Hemert would never direct another feature film again. 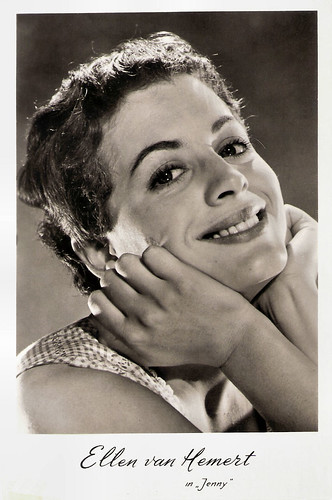 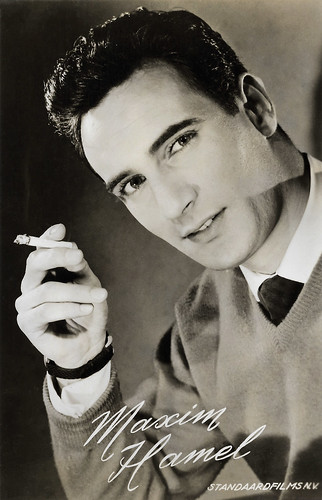 Getting pregnant while training for a rowing contest

The 1958 version, Jenny, was a Dutch/German co-production and an alternate language version was being shot at the same time with German actors. The German version of Jenny was co-directed by Alfred Bittins, featured Gisela Fritsch and was released a year later.

Willy van Hemert asked his daughter Ellen for the title role in the Dutch version. Ellen van Hemert plays the 18 year old Jenny who gets pregnant during her busy training schedule for a rowing contest. Her boyfriend Ed (Maxim Hamel) fancies himself rather a swinging jet-setter and is therefore quite unprepared for fatherhood.  He leaves her. She must make a difficult decision, but everything comes to good ends.

The cast also featured well known Dutch film actors like Kees Brusse and Andrea Domburg, as well as the orchestra of Max Woiski and popular Dutch singer Corry Brokken. Brokken sang the song Weet je nog? (Do you remember?) by Willy van Hemert and Jos Cleber in the film.

In 1956 Corry Brokken represented the Netherlands for the first time at the Eurovision Song Contest. Her song Voorgoed Voorbij (Over For Good) did not win. That year the results of the jury were secret; only the winner was announced.

The following year she won the Eurovision Song Contest with the song Net als Toen (Like It Used To Be), which was also composed by Willy van Hemer). And in 1958 she represented the Netherlands again with Heel de Wereld (The Whole World), but this time she came no further than a shared last - 9th - place with Luxembourg.

As noted by author and historian John Kennedy O'Connor in his book 'The Eurovision Song Contest - The Official History', Corry is the only singer ever to have finished both first and last in the contest. Jenny was her only film. 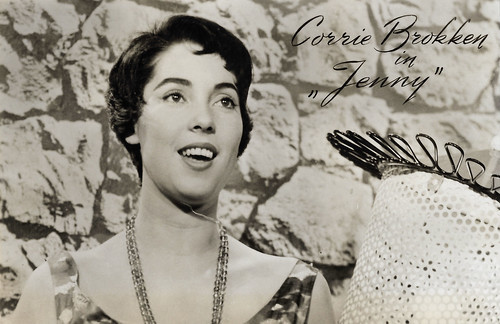 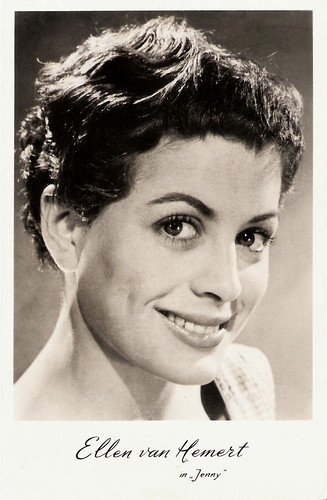 
Jenny (Willy van Hemert, 1958) attracted more than half a million visitors (569,043 visitors in total). However, both Willy van Hemert and his daughter Ellen never made another film. Ellen only made some television films in the early 1960s and worked on stage. Why was there no follow-up despite the film's box office success?

Is Jenny a bad film? Chip Douglas at IMDb: "Critics weren't kind to Jenny, saying that the Dutch films in general couldn't compete with Bert Haanstra's documentary features that were all the rage at the time."

And yes, the German script is indeed poor, but Jenny is as throughly Dutch as Haanstra's films are. It contains beautiful images of the bridges and canal houses of Amsterdam, of the Bosbaan where the rowing contest is situated and the Amstel river. Van Hemert introduced the colour in the film in an original way, by letting Jenny row under a bridge in black and white and let her row away in colour.

On 2 October  1951, Willy van Hemert had directed and written the very first television drama broadcast in the Netherlands: De toverspiegel/The Magic Mirror (1951). He wanted to move to the cinema and saw Jenny as a stepping stone to get over with so he could go on to do his own projects. Unfortunately for him, his production partner Jan Kemps died shortly after both Jenny's were completed and this never happened.

Van Hemert subsequently returned to television. In the following decades he became one of the most renowned Dutch directors of television drama and made such popular Dutch TV series as De Kleine Waarheid/The little truth (1970-1972) with Willeke Alberti, Bartje (1972-1973), and Dagboek van een Herdershond/Diary of a Shepherd Dog (1978-1980). He never got to helm another feature film though, but his son Ruud van Hemert later would make up for him and directed such popular film comedies as Schatjes/Army Brats (1984) and Mama is boos/Hitting the Fan! (1986).

The Netherlands Film Museum (now Eye) decided to preserve Jenny in 2001, because the original colours threatened to discolour. This version premiered in February 2002 and won a prize. In 2007 the film was released on DVD, in a limited edition. 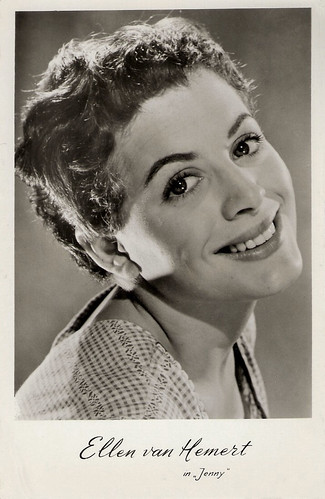 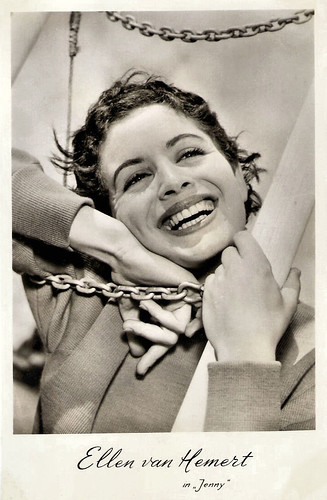 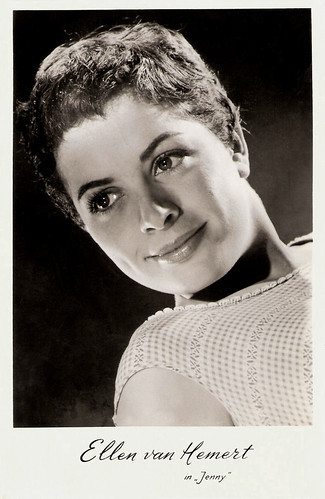 The Netherlands Film Festival (NFF) starts next week. From 27 September till 5 October, Utrecht will once again be the capital of the Dutch cinema. During the festival, EFSP will provide you daily with postcards of Dutch films and stars. So check out our Unofficial Dutch Film Star Postcards Festival!