Agnes Ayres (1898-1940) was an American silent film actress. After her debut with Chaplin at Essanay and acting for Fox, Ayres had her breakthrough as Lady Diana Mayo in The Sheik (1921) featuring Rudolph Valentino. Important parts for Cecil B. DeMille at Paramount followed such as in The Affairs of Anatol (1921) and the epic The Ten Commandments (1923). After a dip in the mid-1920s, she made a comeback in The Son of the Sheik (1926), but the arrival of sound cinema finished her career. 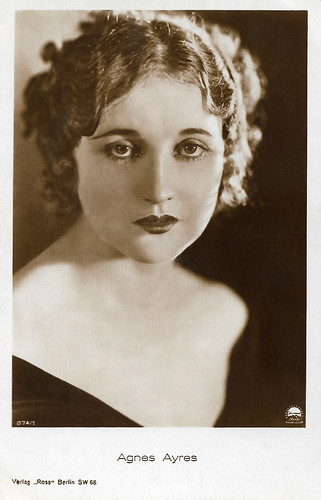 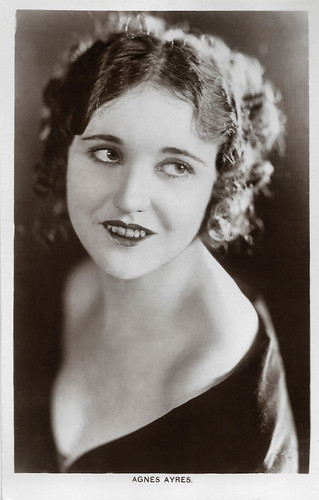 British postcard in the Picturegoer Series, London, no. 1a. 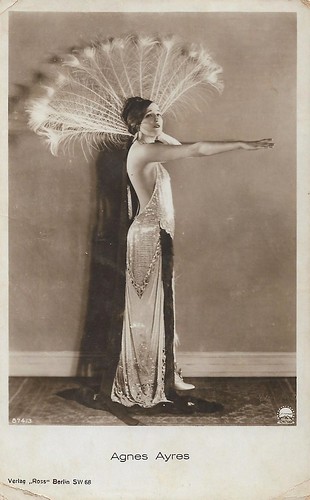 Agnes Ayres was born as Agnes Eyre Henkel in Carbondale, Illinois, in 1898, to Solon and Emma (née Slack) Henkel. She had an older brother, Solon William Henkel, who was a decade her senior.

She began her career in 1914 in Chicago, where she was studying at school. During a studio tour, she was noticed by an Essanay Studios staff director and cast as an extra in a crowd scene. She appeared in His New Job (Charles Chaplin, 1915) with Charlie Chaplin. More bit parts and extra roles followed in Essanay productions.

After moving to Manhattan with her mother she pursued a career in acting. Her first big break came at Vitagraph when Ayres was spotted by actress Alice Joyce. Joyce noticed the physical resemblance the two shared. Ayres was cast as Joyce's character's sister in Richard the Brazen (Perry N. Vekroff, 1917).

I the following years, Agnes Ayres was nicknamed 'The O. Henry Girl' because she appeared in so many two-reel films based on O. Henry short stories for Vitagraph.

In 1920, Ayres was signed by Paramount Pictures. Her career began to gain momentum when Paramount founder Jesse Lasky began to take an interest in her. Lasky gave her a starring role in the Civil War drama Held by the Enemy (Donald Crisp, 1920).

It was during this time that Ayres married, and quickly divorced, Captain Frank P. Schuker, an army officer whom she had wed during World War I. She had also begun a romance with Jesse Lasky.

In 1921, Ayres shot to stardom when she was cast as Lady Diana Mayo, an English heiress in the romantic melodrama The Sheik (George Melford, 1921). The film was a box-office hit and helped propel 'Latin lover' Rudolph Valentino to stardom. Ayres later reprised her role as Lady Diana in the sequel Son of the Sheik (George Fitzmaurice, 1926), which premiered nationwide after Valentino's death in August 1926. 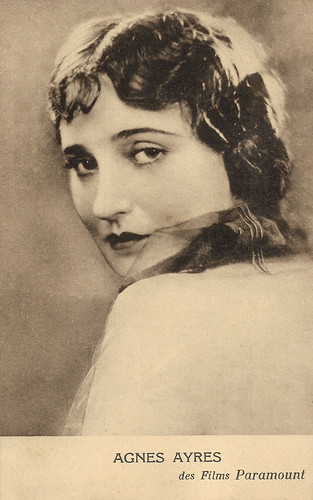 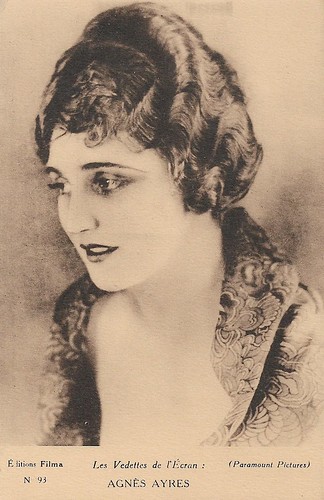 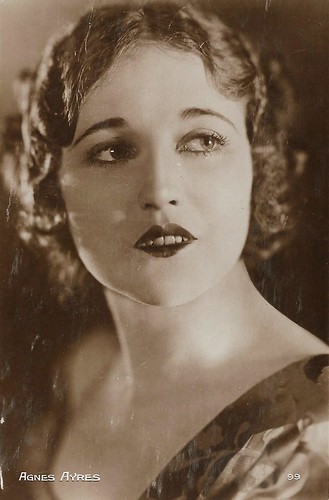 By 1923, Agnes Ayres' career began to wane following the end of her relationship with Jesse Lasky. She married Mexican diplomat S. Manuel Reachi in 1924. The couple had a daughter before divorcing in 1927.

Ayres lost her fortune and real estate holdings in the Wall Street Crash of 1929. That same year, she also appeared in her last major role in the sound film The Donovan Affair (Frank Capra, 1929), starring Jack Holt and Dorothy Revier. Nothing much came of it. To earn money, she left acting and played the vaudeville circuit.

She returned to acting in 1936, confident that she could make a comeback with a small part in Souls at Sea (Henry Hathaway, 1937), starring Gary Cooper and George Raft. However, she was unable to secure starring roles. Somewhat overweight, Ayres appeared in mostly uncredited bit parts at MGM, where she had a stock-player contract. In 1937, she finally retired from acting for good.

After her retirement, she wanted to start a real-estate business in Beverly Hills, California. However, Ayres became despondent and was eventually committed to a sanatorium. In 1939, she also lost custody of her daughter to Reachi.

Agnes Ayres died from a cerebral hemorrhage on Christmas Day 1940, at her Hollywood home. She was only 42, and had been ill for several weeks. Ayres is interred at Hollywood Forever Cemetery. In 1960, Ayres was inducted into the Hollywood Walk of Fame with a motion pictures star at 6504 Hollywood Boulevard for her contributions to the film industry. 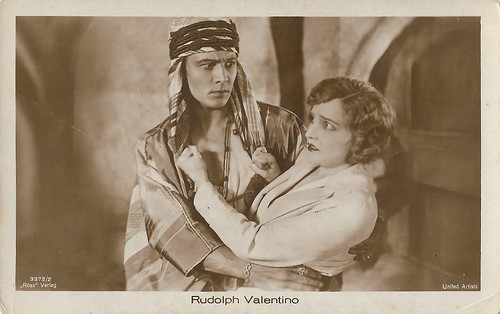 German postcard by Ross Verlag, no. 3373/2. Photo: United Artists. Agnes Ayres and Rudolph Valentino in The Son of the Sheik (George Fitzmaurice, 1926), retaking a scene from the original Paramount production The Sheik (George Melford, 1921). 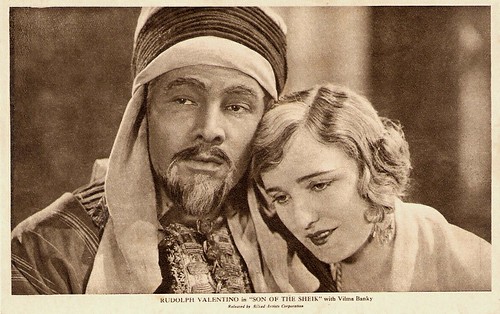 French postcard in a series by Shampoing Butywave. Photo: Allied Artists. Agnes Ayres and Rudolph Valentino in The Son of the Sheik (George Fitzmaurice, 1926). Despite the card telling the lady in question is Vilma Bánky, it is Agnes Ayres. Ayres and Valentino play the parents of the leading character, who is also played by Valentino. Actually the parents are the former protagonists of the earlier film The Sheik, now grown older. 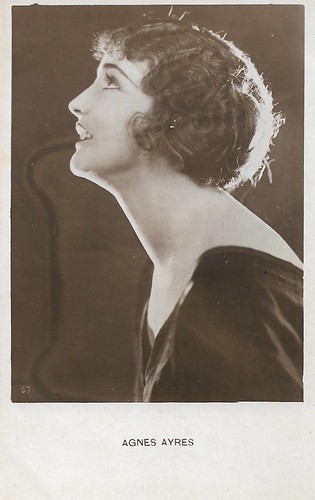 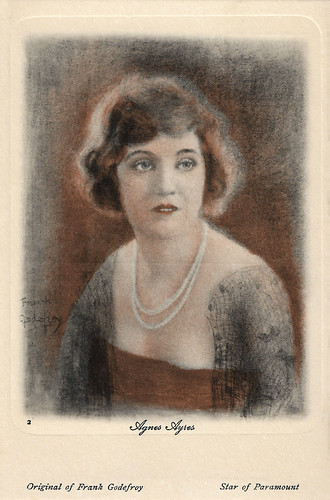