EFSP continues its Unofficial Dutch Film Star Postcards Festival, shadowing the Netherlands Film Festival (NFF) (27 September – 5 October). Today we have a film special on the Dutch-German thriller Bezeten - Het gat in de muur/Obsessions (Pim de la Parra, 1969), which premiered at the Filmweek Arnhem, the first Dutch Film Festival. This series of rare cards was published by Galeries Modernes, a Dutch department store chain, to promote both the festival and the film. Interesting credit is the name of one of the film's scriptwriters: Martin Scorsese. 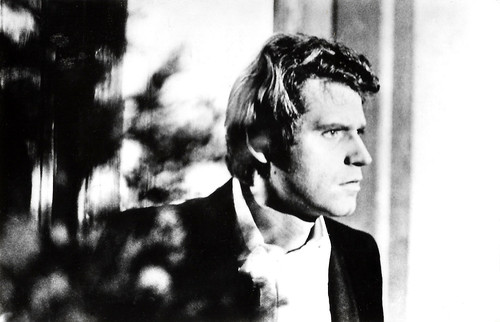 A little hole in the wall


In 1968, German actor-producer Dieter Geissler had a job for the young Martin Scorsese who was in Amsterdam and had recently filmed some scenes here for his debut Who's That Knocking at My Door (1968). Geissler asked the 25-year-old Marty to refine his Dutch Peeping Tom script, which he wanted to produce in the Netherlands.

A painting falls off the wall in a rented room in Bezeten - Het gat in de muur/Obsessions (Pim de la Parra, 1969). The tenant, Nils (Dieter Geissler), a doctorate student in medicine, looks through the little hole in the wall to what happens in his neighbours room.

What he sees makes him forget his textbooks quickly. It's not just the sex that generates his curiosity. Soon he witnesses events that point towards a crime. As he becomes more and more entangled in the web of mystery, his fiancee, Marina (Alexandra Stewart), a young journalist, receives an assignment to report a murder case.

Bezeten - Het gat in de muur/Obsessions is the first Dutch English spoken film, and the first German-Dutch co-production since the Second World War, in which Germany had occupied the Netherlands. It was called Besessen: das Loch in der Wand in Germany and quite a box office hit there. The sexy thriller was sold to 64 countries.

Another remarkable credit of the film was the composer of the score: Alfred Hitchcock buff François Truffaut recommended composer Bernard Herrmann to director Pim de la Parra, and the famous old maestro indeed wrote the score for this little thriller. 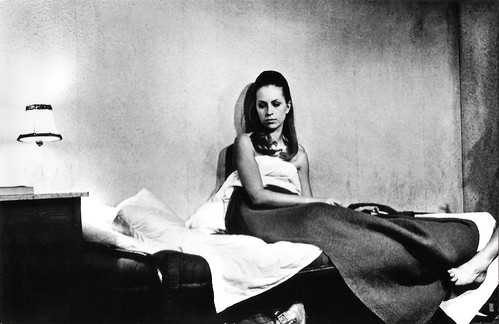 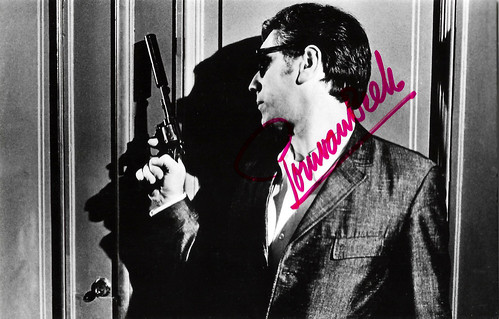 A sex and psycho-suspense mystery

Between 1967 and 1976, De la Parra made a series of films with his companion, Dutch film director Wim Verstappen under their independent production company Scorpio Films.

Filmweek Arnhem, where Bezeten - Het gat in de muur/Obsessions was presented in 1969, was the first international film festival in the Netherlands. It was organised once every two years from 1955 by the Dutch Cinema Association. In the years following the first edition of Arnhem Film Week, several film festivals were established in the Netherlands. In 1983, Film Week Arnhem - which was biennial - was organised for the last time.

Galeries Modernes published the cards in this post to promote both the festival and the film. This department store chain in the Netherlands originated from the Grand Bazar Français. The last branches were closed in 1984, a year after the Filmweek Arnhem had stopped. 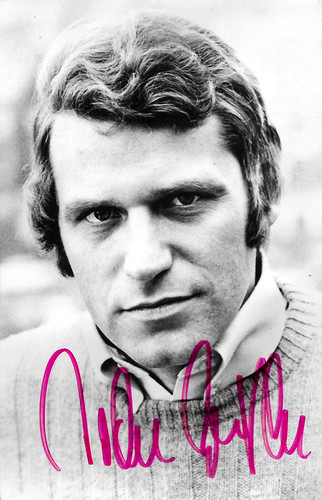