On 4 October 2019, Diahann Carroll died of cancer, aged 84. She was among the foremost African American actors to break down long-seated prejudices in casting. Carroll was the first black performer to have her own sitcom, Julia, which ran for 86 episodes (1968-1971), and the first to win an Emmy in the category of best actress in a leading role in a comedy series. She also won a Tony for her performance in the Broadway musical 'No Strings', written especially for her by Richard Rodgers, which highlighted an interracial romance without mentioning colour. Her films include Carmen Jones (1954), Porgy and Bess (1959), Paris Blues (1961) and Claudine (1974). And her conniving and glamorous Dominique Deveraux was a match for Joan Collins’ Alexis Colby, doubling the 'nasty in Dynasty (1984-1997). 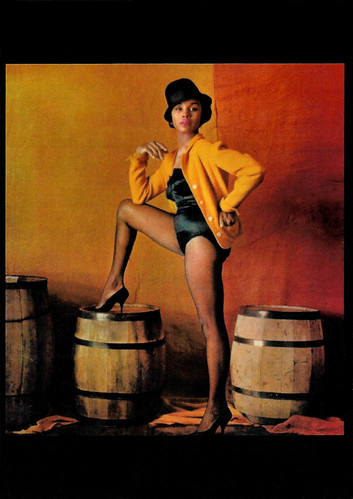 Carol Diann Johnson was born in the Bronx, New York, in 1935. She was the first child of John Johnson, a subway conductor, and his wife, Mabel (nee Faulk). When their daughter was an infant the family moved to Harlem, where she grew up.

Music was an important part of her life as a child, singing at age 6 with her Harlem church choir. A few years later the 10-year-old became a recipient of a Metropolitan Opera scholarship for studies at the New York High School of Music and Art. After graduating she attended New York University, majoring in sociology.

At the same time, she did modelling for Ebony magazine. When she was 16, she teamed up with a girlfriend from school and auditioned for Arthur Godfrey's Talent Scouts show using the more exotic sounding name of Diahann Carroll. This led to her performing on radio and television and in nightclubs while still in her teens.

Her big break came in 1954 when Truman Capote chose her for a leading part in the Broadway musical 'House of Flowers', based on his short story and for which he wrote the book and lyrics. Carroll, who played a young sex worker in a Caribbean island bordello, had the best numbers, 'A Sleepin’ Bee' and 'I Never Has Seen Snow'.

In the same year Carroll made her film debut in Otto Preminger’s Carmen Jones (1954), an all-black, updated movie version of the Georges Bizet opera 'Carmen'. She played a friend of Dorothy Dandridge in the title role, performing in the quintet Whizzin’ Away Along De Track. Carroll was dubbed by Bernice Peterson because her own voice was not considered operatic enough, and she was dubbed again (this time by Loulie Jean Norman) as Clara, the young mother 'singing' the renowned lullaby 'Summertime' in Porgy and Bess (Otto Preminger, 1959), Preminger’s big-screen adaptation of George Gershwin’s opera.

Martin Ritt’s Paris Blues (1961) presented Carroll with her first co-starring role, as an American tourist in Paris who, with her friend (Joanne Woodward) meets two fellow American jazz players (Sidney Poitier and Paul Newman). She falls for one of them, but fails to persuade him to return with her to the 'racist' US. At the same time, Poitier and Carroll were having an affair in real life.

Diahann returned to Broadway. She was rewarded with a Tony Award for her exceptional performance as a fashion model in the 1962 musical 'No Strings,' a bold, interracial love story that co-starred Richard Kiley. Richard Rodgers, whose first musical this was after the death of partner Oscar Hammerstein, wrote the part specifically for Diahann, which included her rendition of the song standard 'The Sweetest Sounds.' 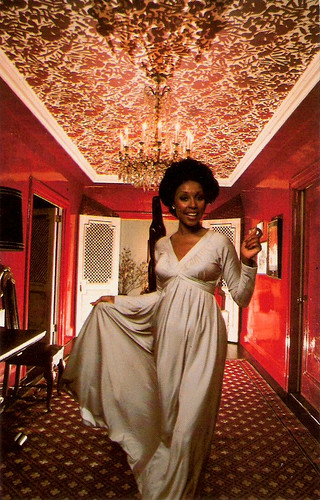 The first black bitch on television

On screen, Diahann Carroll appeared again for Preminger, in Hurry Sundown (Otto Preminger, 1967), set in rural 1940s Georgia. She played an elegant local schoolteacher who had gone north and been corrupted. Despite a terrible script, Carroll came off slightly better than her co-stars, Michael Caine and Jane Fonda, in this condescending melodrama on race relations.

After a conventional heist film, The Split (Gordon Flemyng, 1968), in which Carroll was the wife of a robber (Jim Brown), came Claudine (John Berry, 1974), a romantic comedy and one of the few mainstream films starring black actors in the 1970s that was not described as 'blaxploitation'. She played a Harlem widow on welfare raising six children on her own, who is courted by a garbage collector played by James Earl Jones. Surprisingly, after being Oscar-nominated as best actress for Claudine, Carroll did not return to feature films for 16 years.

The reason was her rewarding work on television. In the popular sitcom Julia (1968), she touchingly portrayed an ordinary nurse and widow struggling to raise a small son. Diahann became the first full-fledged African-American female 'star' - top billed, in which the show centered around her lead character. The show gradually rose in ratings and Carroll won a Golden Globe award for 'Best Newcomer' and an Emmy nomination.

There followed many guest appearances in TV series and the role of Maya Angelou’s selfish mother in an adaptation of the acclaimed autobiography I Know Why the Caged Bird Sings (Fielder Cook, 1979).

However, it was her role as the sleek Dominique Deveraux, which Carroll claimed made her 'the first black bitch on television' in the glossy Dynasty (1984-1987) and its spin-off The Colbys, that brought her greatest fame. As the character owned a music company and was a successful singer, the soap also gave Carroll the chance to display her vocal talents, already apparent from her several albums and club appearances.

Carroll was married and divorced four times: to the record producer Monty Kay, with whom she had a daughter, Suzanne; to a Las Vegas boutique owner, Freddie Glusman, whom she divorced on grounds of physical abuse; to a managing director of Jet magazine, Robert DeLeon, who spent large amounts of her money before dying in a car crash; and finally to the crooner Vic Damone, who neglected her for golf. She was engaged to the British broadcaster David Frost from 1971 to 1973. Much about these relationships was revealed in her memoir 'The Legs Are the Last to Go' (2008).

Diahann Carroll passed away in Los Angles of complications from cancer. She is survived by Suzanne, a journalist, and two grandchildren, August and Sydney.