Dutch singer and actor Hein Simons (1955) was a famous child star in the 1960s under the name Heintje. He sang in Dutch, English, German, Japanese and Afrikaans, and sold more than 40 million records worldwide. His greatest hit was 'Mama'. Between 1968 and 1971 he also starred in six German light entertainment films. One became surprisingly popular in Red China. 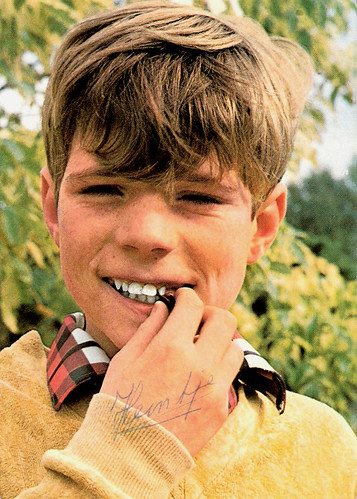 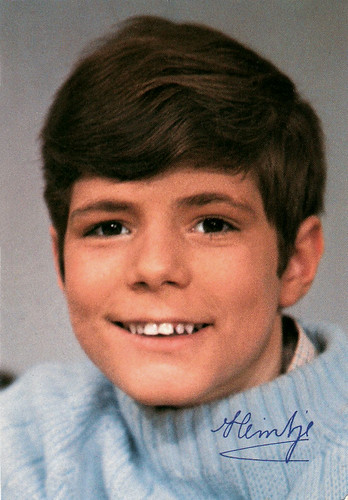 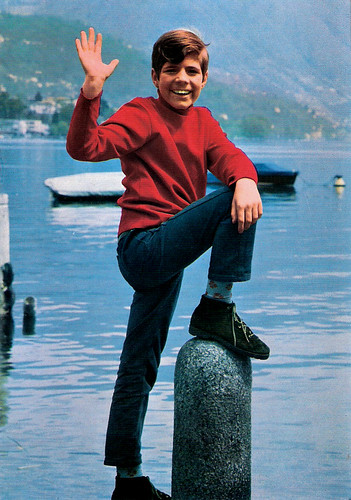 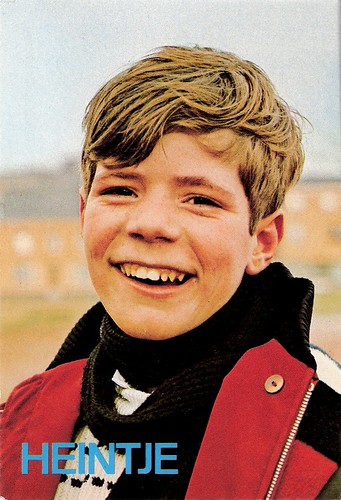 
Hendrik (Hein) Nicolaas Theodoor Simons was born in Kerkrade-Bleijerheide, in the south of the Netherlands, in 1955.

Heintje was discovered after a talent contest in the Dutch town of Schaesberg by Addy Kleijngeld, a producer of the CNR record company. Kleijngeld went on to compose and record all his hit songs - mostly together with the German producer Wolfgang Roloff.

Heintje’s first hit was 'Mama' (1967), a Dutch version of the evergreen sung in the 1940s by opera tenor Beniamino Gigli. It became a success in the Netherlands and a German version was produced for the German countries. In 1968 Mama reached the #2 position in the German hit parade.

In 1971, Heintje started a USA tour with 10 shows. He received 45 Golden records all over the world (at the time the award for 250,000 sold records in Europe and for 1 million records in Great-Britain) and a dozen Platinum records. Worldwide he sold more than 40 million records. 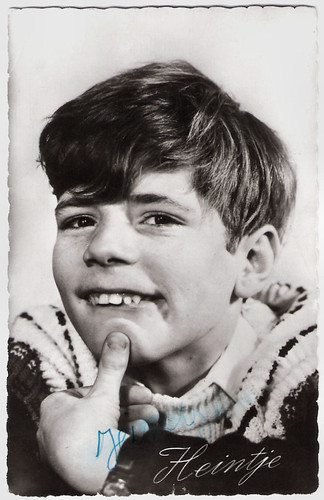 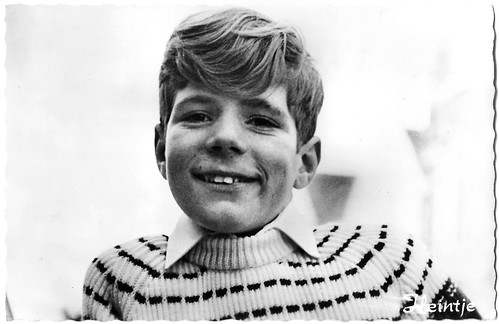 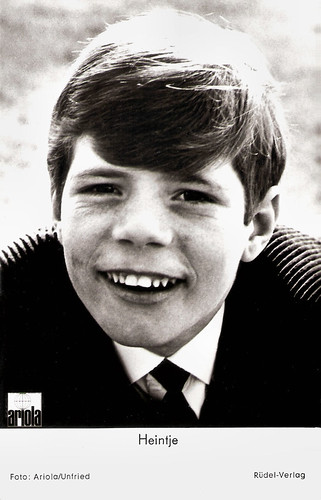 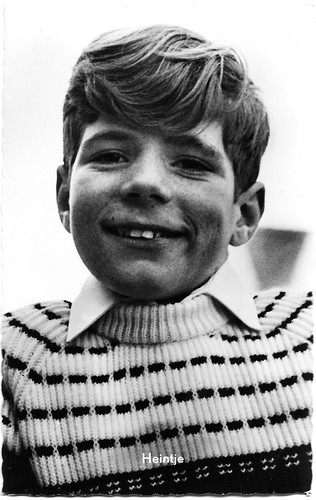 This comedy was the second of the Lümmel film series (6 in total), stuffy but harmless farces in which young students and other youths dissociate themselves from the older generation. Heintje played a supporting role and sang his hit 'Mama'.

Heintje – ein Herz geht auf Reisen was awarded a Golden Screen in Germany for more than 3,000,000 attendances within 12 months. With subtitles the Heintje films were shown all over the world.

Surprisingly, the film became also popular in communist China in the early 1980s. On IMDb, a Chinese reviewer comments: “In the West, this film may be easily neglected as time goes by. But amazingly, Heintje would definitely be crowned as one of the memorable western films on Chinese screen even from today's perspective. Although filmed in 1960's, the film wasn't available in Red China until earlier 1980's. When the film was introduced, it was given a Chinese title, Handsome Boy. Actually, Heintje conforms with Chinese traditional values to great extend, such as parental and grandparental love, the theme of the harmonious family, the main character's righteous and courageous virtue. All of which seem pretty familiar and quite acceptable to the Chinese point of view. What's more, the songs performed by little Heintje Simons also contributed a lot to the popularity of the film in China. Without any exaggerating, the film is a household name among those middle-aged and well-educated.” 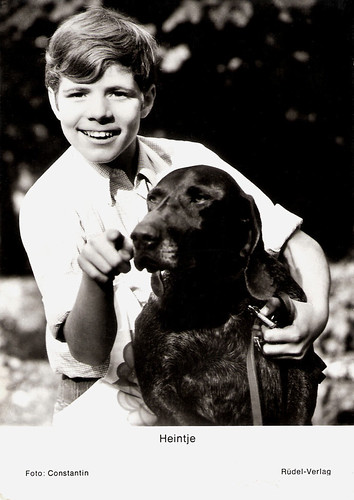 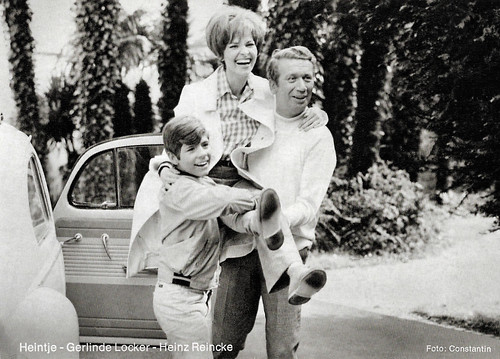 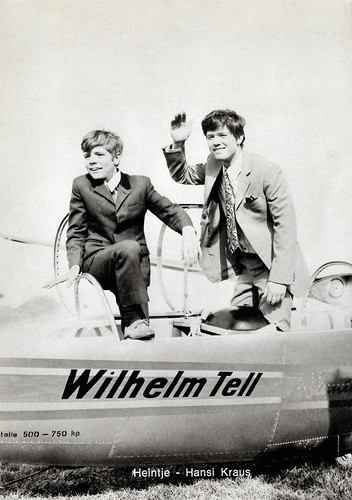 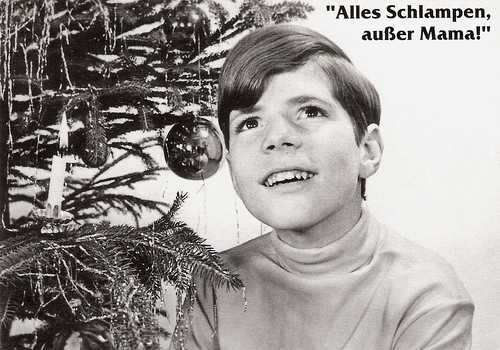 
When Heintje was 16, the inevitable happened: his voice changed. His last hit in the Netherlands was 'Meine Liebe für dich' (My love for you) (1972).

He continued to be quite popular in Germany, but couldn’t lay off his image as a former child star.

In 1975, he made two LPs with songs in Afrikaans, which were quite successful in South-Africa. His performances in the state of apartheid lead to some criticism in his home country though.

As a young adult, he tried to make a come-back in the Netherlands with the song 'Und das alles nur weil wir uns lieben' (And that's just because we love each other) (1978), but it only became a modest success. He also tried several come-backs in the German speaking regions, and in 1995 he even recorded a techno version of his first hit 'Mama'.

Nowadays Hein Simons resides with his family on a horse ranch in Neu-Moresnet, a part of the city of Kelmis in the east of Belgium. In 1981, he married Doris Uhl, and they have three children, Pascal (1982), Gina (1989) and Hendrik (1992). Hein Simons still performs and records regularly. 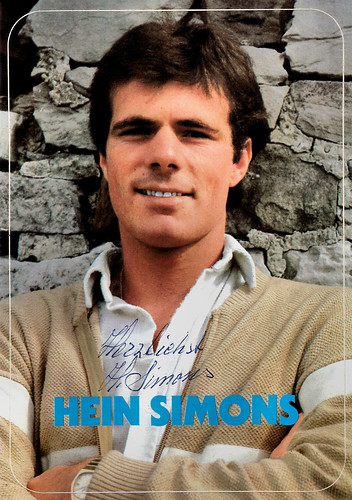 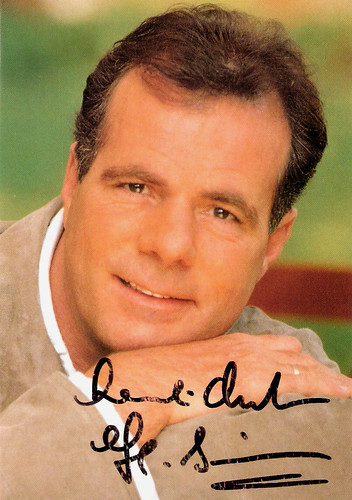 Great site! I'm trying to find an email address to contact you on to ask if you would please consider adding a link to my website. I'd really appreciate if you could email me back.

Thanks and have a great day!