Austrian singer and actor Willy Hagara (1927-2015) was a popular film and TV star from the mid 1950s till the mid 1960s. The discrete and elegant Schlager star had five Top 10 hits, including the evergreen Casetta in Canada (1958). The singer’s career did not survive the Beat wave, but in 1969 an inheritance made him a millionaire. 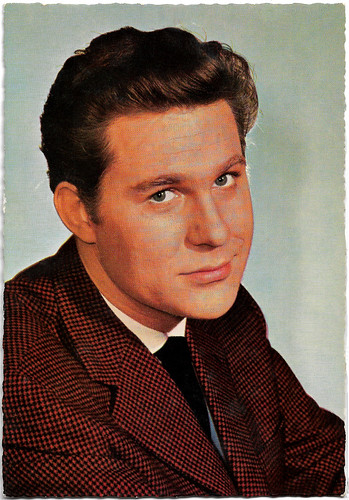 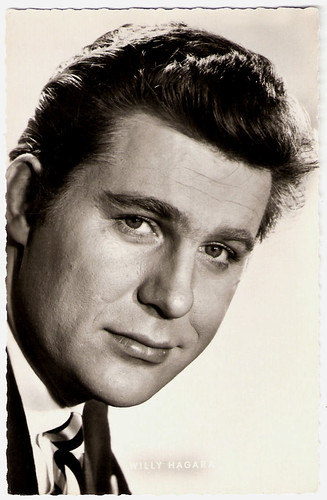 German postcard by Kunst und Bild, Berlin-Charlottenburg, no. A 1698. 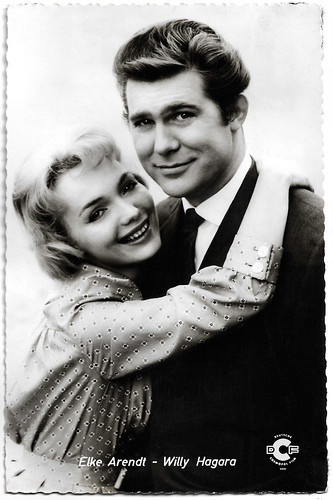 
Wilhelm ‘Willy’ Hagara was born in Vienna, Austria in 1927. He was initially trained as a postal clerk and practised this profession as well.

In 1946, he won a popular song contest in the Wiener Konzerthaus. He focused all his activities to this new career, and took singing and acting lessons.

During this time he was successful with folk songs and as the singer of the band of John Fehring, who later became the leader of the ORF Big Band Orchestra. Hagara was a classic band singer who performed one of his songs in an early Schlager show for the German ARD television, Schlager-Expreß/Schlager Express (1953).

Finally in 1955, his breakthrough came with the song 'Eine Kutsche voller Mädels' (A coach full of girls). Willy Hagara moved to Frankfurt in Germany and he became something like the German Perry Como, whose songs in German versions he often would sing.

Two years later he appeared in his first film, the musical comedy Weißer Holunder/White Elder (Paul May, 1957) with Germaine Damar. 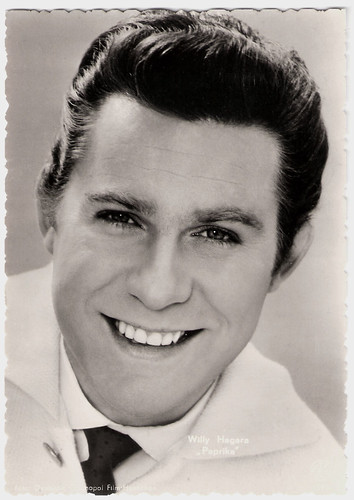 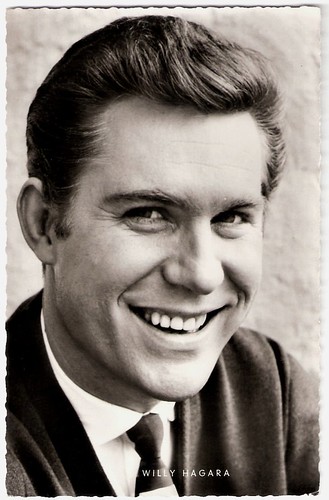 
Cinema attendance in Germany and Austria had spectacularly grown in the 1950s, but at the end of the decade it first stagnated and then went into freefall in the 1960s.

The once so popular Schlager films became outdated. In 1961 Willy Hagara appeared in his last Schlager film, Ramona (Paul Martin, 1961) with Senta Berger.

At the time, television was developing into a mass medium that could compete with the cinema. In 1962 there were already 7 million TV sets in West-Germany.

Hagara moved over to the small screen and appeared in such musical TV comedies as Mitternachtszauber/Midnight Magic (Ralph Lotar, 1964) with Werner Fuetterer, and Vom Ersten das Beste/From the first the best (Ekkehard Böhmer, 1965) with Hannelore Auer.

These TV productions were in the same genre as the films he had made in the 1950s for the cinema. Until the mid-1960s he starred in numerous TV films and sold many records.

In total he had five Top 10 hits, including the evergreen 'Casetta in Canada'. His song 'Du spielst 'ne tolle Rolle' (You play a great role) became in the version of Nat King Cole a Top 10 hit in the US.

In 1969 he got a million inheritance: his father, the merchant Franz Hagara, left him with a villa and several lease lands in Vienna. He did not retire, but he bridged the 1970s with performances during galas.

After the death of his wife in 1986, Willy Hagara retired from the show business. His last public appearance was in a show from Schloss Schönbrunn in Vienna in 2002 on the occasion of his 75th birthday. 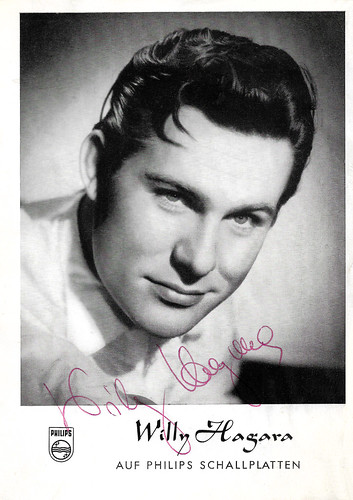