Triumph for The Favourite at the European Film Awards 2019

The healing power of art in difficult times


Antonio Banderas won best actor for his portrayal of an ailing director looking to his childhood for inspiration in Pedro Almodóvar’s Dolor y gloria/Pain and Glory (2019).

For Sama (2019), a riveting mum’s eye view on the siege of Aleppo by Waad al-Kateab and Edward Watts, took best documentary.

Werner Herzog was presented with the lifetime achievement award and Juliette Binoche received the European achievement in world cinema award. In a simple, touching speech she stressed the healing power of art in difficult times: “The world is not going well. But it feels like art is becoming more and more important. I think we have to be more truthful, more loving, better listeners.”

The three-hour ceremony, directed for the first time German filmmaker Dietrich Brüggemann and held at Berlin’s Haus der Festspiele, was marked by an emotional tribute to Nik Powell, film producer and the former chairman of the European Film Academy, who died unexpectedly last month.

Next year’s awards ceremony will take place in Reykjavik in Iceland. 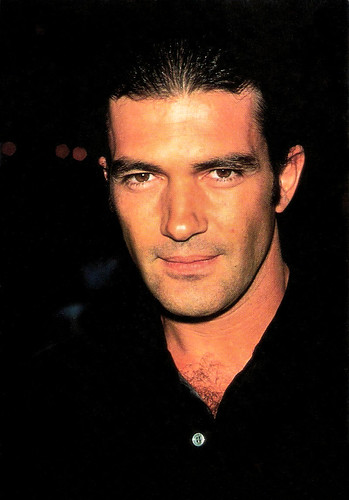 Last Saturday, 7 December 2019, Antonio Banderas (1960) won the European Film Award for Best Actor 2019 for his role in Dolor y gloria/Pain and Glory (Pedro Almodovar, 2019). The charismatic Spanish film actor, director, producer and singer began his acting career at age 19 with a series of films by director Pedro Almodóvar. He became an internationally known Latin heartthrob with high-profile Hollywood films including Philadelphia (1993), Interview with the Vampire (1994), Desperado (1995), Evita (1996), The Mask of Zorro (1998), and the Shrek sequels. 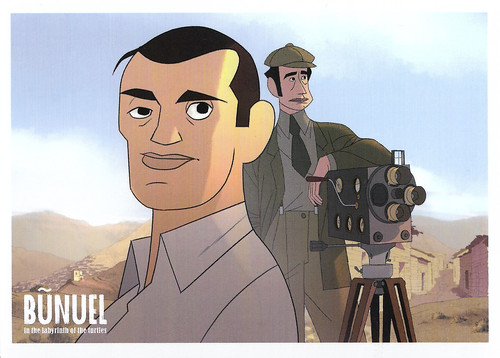 Dutch postcard by Periscoopfilm. Image: still for Buñuel en el laberinto de las tortugas/Buñuel in the Labyrinth of the Turtles (Salvador Simó, 2018). (A little mistake in the title of the postcard is that the accent on the u should be on the n, Buñuel).

Buñuel en el laberinto de las tortugas/Buñuel in the Labyrinth of the Turtles (Salvador Simó, 2018) is based on the graphic novel 'Buñuel in the Labyrinth of the Turtles'. Paris, 1930. Salvador Dalí and Luis Buñuel are already the main figures of the Surrealist movement. Unexpectedly, Buñuel is left moneyless after the scandal surrounding his film L'âge d'or/The Golden Age (1930). In this difficult situation, he cannot even tackle his next project, a documentary about one of the poorest Spanish regions, Las Hurdes. However, his good friend, sculptor Ramón Acín, buys a lottery ticket with the promise that, if he wins, he will pay for the film. Incredibly, luck is on their side. 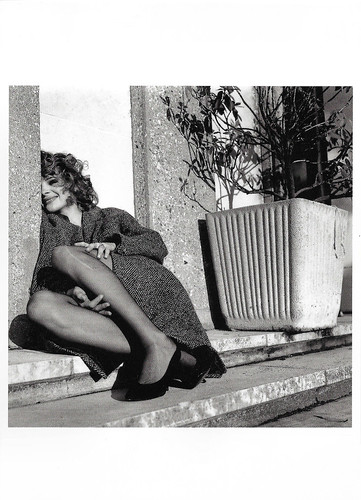 French actress Juliette Binoche (1964) was honoured with the European Achievement in World Cinema award. Binoche has appeared in nearly 70 international films. She won numerous international awards, and has appeared on stage across the world. André Téchiné made her a star in France with the leading role in his drama Rendez-vous (1985). Her sensual performance in The Unbearable Lightness of Being (Philip Kaufman, 1988) launched her international career. Other career highlights are her roles in Three Colors: Blue (Krzysztof Kieślowski, 1993), The English Patient (Anthony Minghella, 1996), for which she won an Oscar, and Caché (Michael Haneke, 2005).