Slender, blonde German actress Elga Andersen (1935) starred in international films of the 1950s and 1960s. She was also a popular recording artist during the 1960s, known for singing the title song for The Guns of Navarrone (1961). Later she became a producer too. 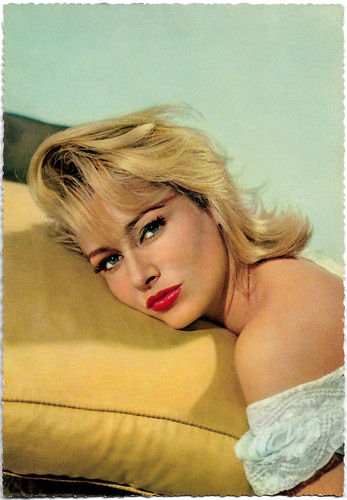 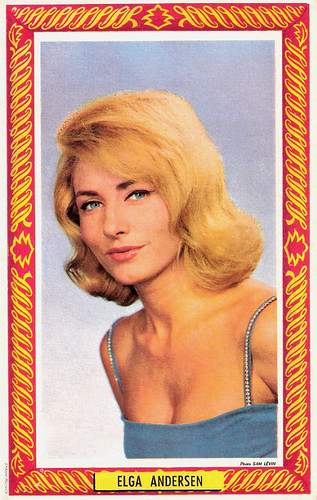 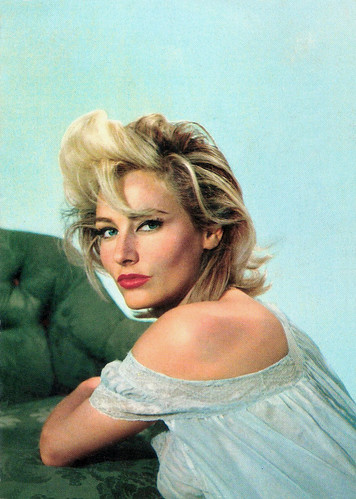 Elga Andersen was born Elga Hymen in Dortmund, Germany in 1935. She was the only child of a civil engineer. Two weeks before World War II ended, her parents had a quarrel so severe that her father left to join the Wehrmacht and was sent to the Russian front. He was never heard from again.

First Elga hoped to become a dancer but then studied French and English. To help support her mother, Elga quit school at 16 and worked for a while as an English and French interpreter.

In 1953, the 18-years-old went to Paris, where she led a bohemian life, met artists and posed for fashion shoots for various European magazines.

She made her film debut when she was discovered by director André Hunebelle. She appeared in Les Collégiennes/The Twilight Girls (André Hunebelle, 1957) as Elga Hymen.

The following year she appeared in a small role in Bonjour tristesse (Otto Preminger, 1958) with Jean Seberg. It was Preminger who suggested she renamed herself as Elga Andersen and as such she continued to work steadily mostly in European films and television up to 1974. Next followed a part in the classic thriller Ascenseur pour l'échafaud/Elevator to the Scaffold (Louis Malle, 1958), starring Jeanne Moreau and Maurice Ronet.

Elga took singing lessons and performed the songs 'Treu sein' and 'Sündenlied' in The Guns of Navarrone (J. Lee Thompson, 1961). Gilbert Bécaud wrote especially for her 'Et maintenant', with words by Pierre Delanoë.

In 1962, she wed her first husband, French architect Christian Girard in Paris, but the marriage ended in a divorce. 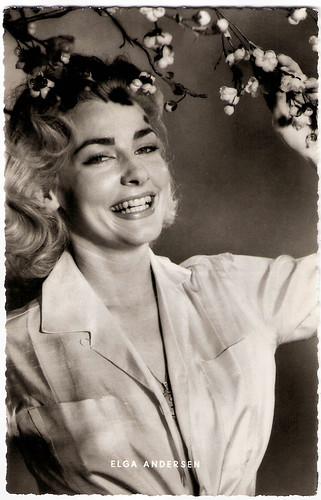 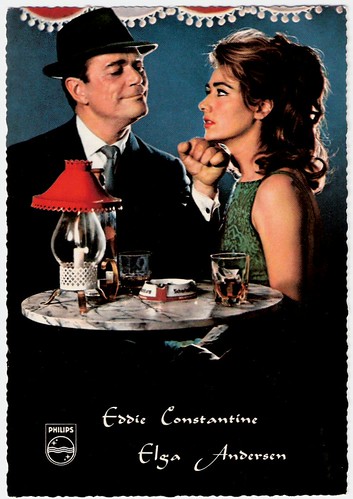 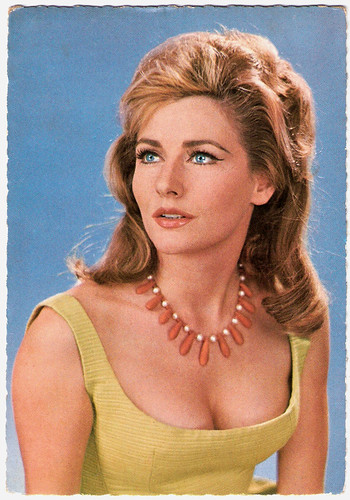 Elga worked in a few Hollywood features too, credited as Helga Anderson, including A Global Affair (Jack Arnold, 1964) opposite Bob Hope.

She is best known for portraying Lisa Belgetti, Steve McQueen's love interest in the racing epic Le Mans (Lee H. Katzin, 1971). Andersen and McQueen reportedly had an affair during the filming. One of the Porsche 911 T sports coupes used in the production was given to Andersen as partial compensation for her work in the film.

When promoting Le Mans for Cinema Center Films, she met American producer and millionaire Peter R. Gimbel who was promoting his documentary on great white sharks, Blue Water, White Death (Peter Gimbel, James Lipscomb, 1971), for the same firm. Gimbel, heir to the Gimbel Department Stores, and Andersen married in 1978 and the couple stayed together till his death in 1987.

Her last film was Le Serpent/The Serpent (Henri Verneuil, 1973) starring Yul Brynner and Henry Fonda, and on TV she was last seen in the Sci-Fi series Aux frontières du possible/At the edge of the Possible (Victor Vicas, Claude Boissol, 1971-1974) with Pierre Vaneck.

Elga Andersen joined her husband on his various diving expeditions. In 1981 they tried to locate and salvage the bank safe of the sunken Italian ocean liner Andrea Doria. Andersen produced for TV the documentary Andrea Doria: The Final Chapter (Peter Gimbel, 1981) about this project that made many headlines.

Elga Andersen died of cancer in 1994, in New York City, USA. She was only fifty-nine. Andersen was cremated and divers placed her ashes, along with those of her husband inside the sunken hull of the Andrea Doria during the following year. 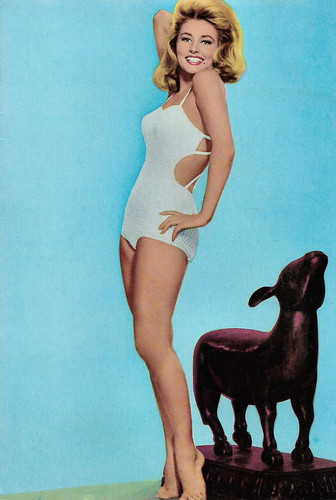 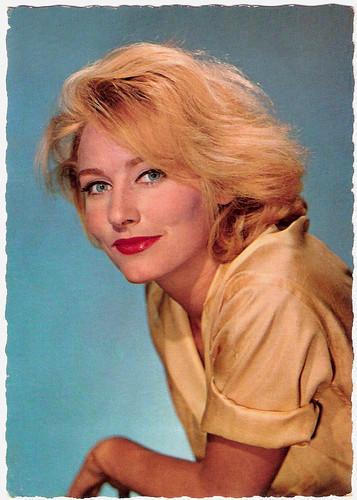 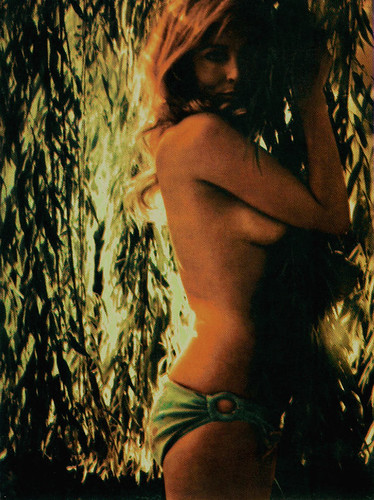 What a beauty. And a good reminder that I need to finally see Le mans.