With his dark good looks and tall figure, Irish actor Kieron Moore (1924-2007) made a name for himself in post-war British films as both heroes and villains. His roles included Count Vronsky opposite Vivien Leigh in Anna Karenina (1947) and a homosexual bank robber in The League of Gentlemen (1960). He later also appeared in French, Italian and American productions, and starred in the Sci-Fi classics The Day of the Triffids (1962) and Crack in the World (1965).After Moore retired as an actor, he became a passionate Catholic journalist and charity worker. 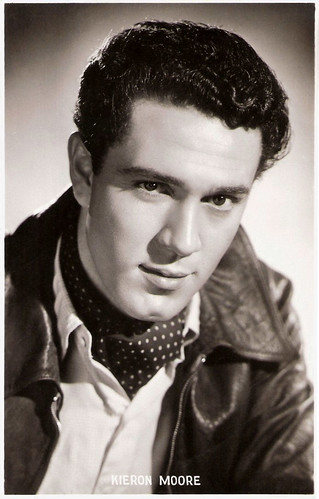 British postcard by A Real Photograph, no. F.S. 56. 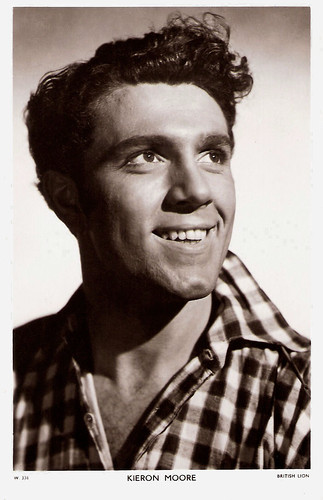 
Kieron Moore was born as Ciarán Ó hAnnracháin, Anglicised Kieron O'Hanrahan, in Skibbereen, in the County Cork in Ireland, in 1924. He grew up in a hearty, Irish-speaking-only household. His father, Peadar Ó hAnnracháin, was an Irish Nationalist writer, poet, editor and political activist who was twice imprisoned by the British during the Irish Civil War.

Kieron inherited from this family background a lifelong concern with oppressed or dispossessed people. Encouraged by their parents to pursue their artistic leanings, Kieron's sister Nease became an actress for the Raidió Éireann Players, brother Fachtna became a music director for the same radio station, and sister Blaithin played harp for the National Symphony Orchestra.

Kieron himself was educated in Dublin and started to study medicine at University College Dublin. He abandoned his studies, however, after an Abbey Theatre rep saw him in a Gaelic play at the Little Peacock Theatre, and accepted his application for membership. As Kieron O'Hanrahan he had a notable success at the Abbey Players as Everyman. In 1943 the handsome 19-year old moved to England and made his London stage debut as Heathcliff in a production of 'Wuthering Heights' at the Richmond Theatre. He went on to gain more notice in a production of 'Purple Dust' by Sean O'Casey in Liverpool.

He made an impressive film debut as an IRA killer in The Voice Within (Maurice J. Wilson, 1945). The heroine in the film, murdered by Kieron's character, was played by actress Barbara White. Despite their fatal on-camera relationship, they married in 1947. White retired shortly thereafter and they had three sons (Casey, Colm, Sean) and one daughter (Theresa).

Gary Brumburgh writes in his IMDb bio: “Kieron was a talented, durable player but seemed to lack the charisma or drive for top stardom despite his early promise. An impressed Alexander Korda signed him up with his London Films following a heralded performance in the West End version of Sean O'Casey's play 'Red Roses for Me' in 1946. The marquee name of Kieron Moore was bestowed upon him at this time. While he excelled in his next unsympathetic role, the psychological drama Mine Own Executioner (Anthony Kimmins, 1947) in which he plays a schizophrenic POW treated by doctor Burgess Meredith (with real-wife Barbara playing his wife in one of her last film roles), Kieron failed to capitalize on the one role that could have made him a star. As the urbane count in Anna Karenina (Julien Duvivier, 1948), he was deemed wooden and miscast by many of his reviews.”

Ironically, his role as Count Vronsky opposite Vivien Leigh's Anna Karenina is now perhaps his best known performance. There is a restored version with an additional 15 minutes to the original theatrical version. At IMDb, reviewer Jandesimpson thinks the addition is an improvement: “mainly early scenes that established minor characters with greater clarity. However the most significant restoration was a closing shot held considerably longer, thus giving that additional weight to the final tragedy that a really thoughtful director of Duvivier's calibre must have originally intended.” 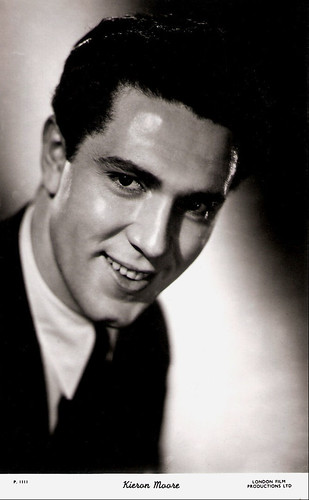 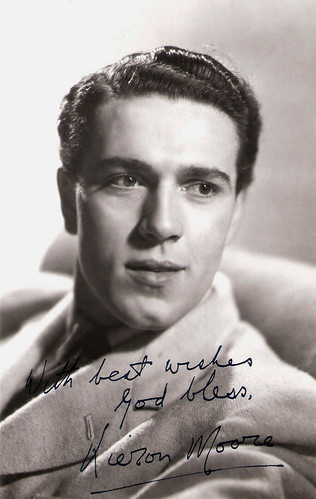 In Hollywood he appeared as Uriah the Hittite in the biblical epic David and Bathsheba (Henry King, 1951) opposite Gregory Peck, and as a dashing Foreign Legion corporal in Ten Tall Men (Willis Goldbeck, 1951), starring Burt Lancaster. Not much happened as a result and he returned to England.

There he continued to offer fine and varied performances, notably in The Green Scarf (George More O'Ferrall, 1954) starring Michael Redgrave, in which Moore earned applause for his role as a deaf, dumb and blind author who confesses to a murder in the mistaken belief that his wife is the guilty one.

Another part that garnered some attention was the bully Pony Sugrue in the Disney classic Darby O'Gill and the Little People (Robert Stevenson, 1959) with Sean Connery. This was topped by the strong kudos he received in the comedy-thriller The League of Gentlemen (Basil Dearden, 1960) as a homosexual ex-officer recruited by Jack Hawkins for a bank robbery.

He turned hero again as a man forced to battle flesh-eating plants from outer space in the classic sci-fi thriller The Day of the Triffids (Steve Sekely, 1962) with Nicole Maurey. His status started to regress in such routine films as the horror thriller Doctor Blood's Coffin (Sidney J. Furie, 1961) with Hazel Court, the Susan Hayward vehicle I Thank a Fool (Robert Stevens, 1962) and the war drama The Thin Red Line (Andrew Marton, 1964).

He played second fiddle to special effects in the Sci-Fi epic Crack in the World (Andrew Marton, 1965) and to Gregory Peck (again) in the adventure film Arabesque (Stanley Donen, 1966). He took as his final film the underwhelming Custer of the West (Robert Siodmak, 1967) in which he was oddly cast as Indian chief Dull Knife opposite Robert Shaw. Throughout the 1950s and 1960s he customarily performed on TV, including the short-lived BBC action series Ryan International (1970), which he also wrote.

After retiring from feature film work altogether in 1974, his life took a religious and socially-active turn. He joined CAFOD (the Catholic Agency for Overseas Development), for whom he worked for seven years, directing and narrating two film documentaries in the course of that time. The films dealt specifically with the struggle for survival in Third World countries. He also travelled extensively in the Middle East and India and provided voice-overs for other documentary features as well.

After this he became an associate editor of the biggest-selling Catholic paper in Great Britain, The Universe. In 1994, Kieron Moore retired quietly to the Charente-Maritime in France where he died in 2007 at age 82. He was survived by his wife, Barbara White, and their four children. They all entered caring professions: his daughter a nun, two of his sons teachers and the other a psychotherapist. 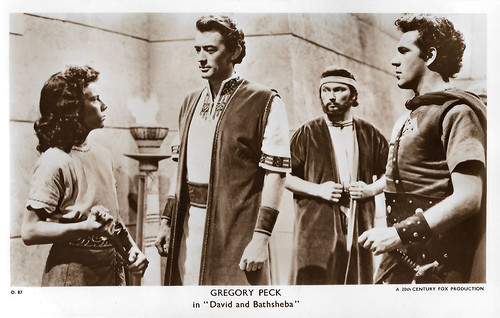 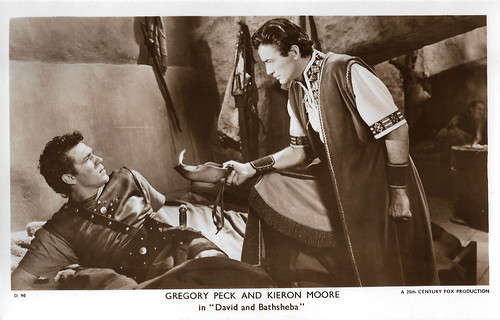