Max Pallenberg (1877-1934) was an Austrian singer, actor and comedian. He was one of the most important comedians of his time and often played under the direction of Max Reinhardt. Although Pallenberg was successful as a stage comedian, he only incidentally accepted roles in films. 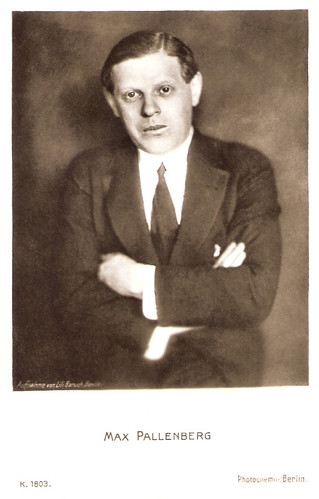 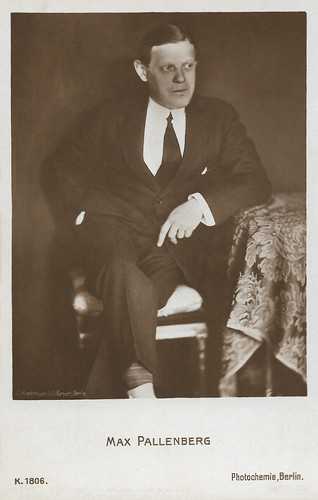 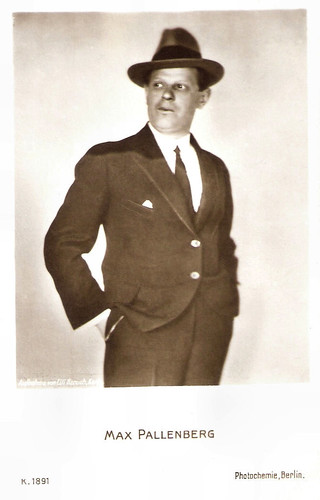 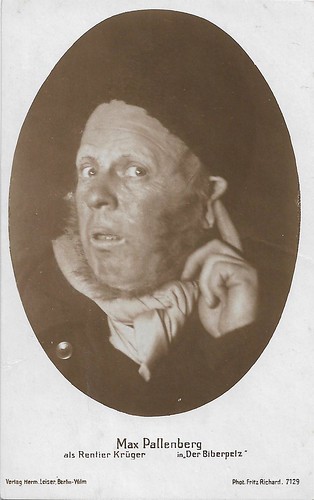 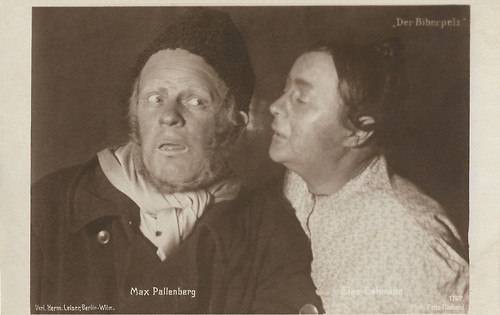 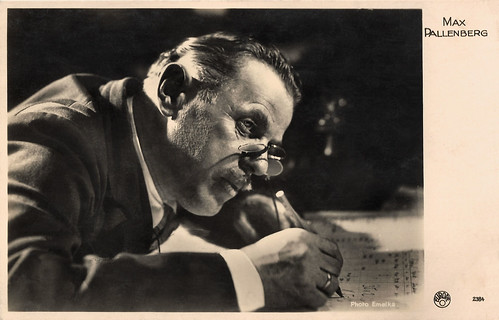 Max Pallenberg was born as Max Pollack in 1877 in Vienna, Austria. Max was the son of Markus Pallenberg, who immigrated to Galicia from Vienna, and his wife Kressel (also Therese) born Korsower.

Pallenberg's career started in 1904 and he played in provincial theatres and with touring companies. In 1908, he joined the then famous Theater an der Wien as an operetta comedian and sang, inter alia, in the world premiere of Franz Lehár's operetta 'Der Graf von Luxemburg' (The Count of Luxembourg).

Under the direction of Max Reinhardt, he played brilliant roles such as Schluck in Gerhart Hauptmann's 'Schluck and Jau' and as Peachum in the 'Dreigroschenoper' (Threepenny Opera). Soon he became one of the most famous character comedians of his time. Pallenberg's stellar role was in Erwin Piscator's dramatic adaptation of Jaroslav Hašek's novel 'Der brave Soldat Schwejk' (The Good Soldier Švejk).

Pallenberg's most important roles at the Salzburg Festival include Mephisto in 'Faust', Argan in Mollière's 'Der eingebildet Kranke' (The Imaginary Invalid), the Devil in 'Jedermann' (Everyman), and Truffaldino in 'Turandot', all directed by Max Reinhardt. 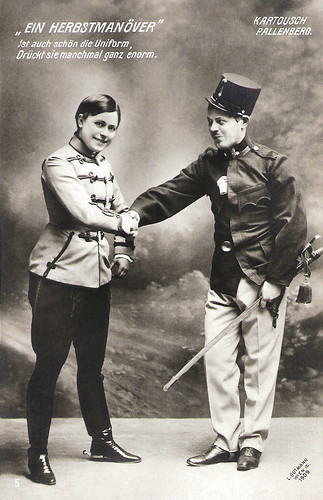 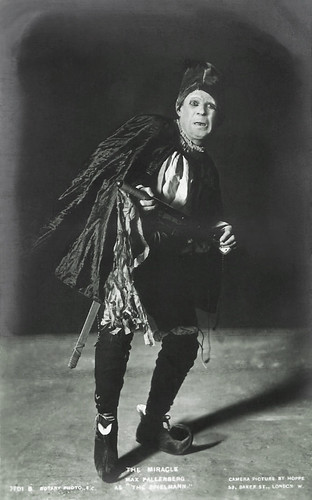 British postcard by Rotary, no. 2701 B. Photo: Hoppe, London. Max Pallenberg as the Spielmann in Max Reinhardt's stage production of The Miracle (1911). 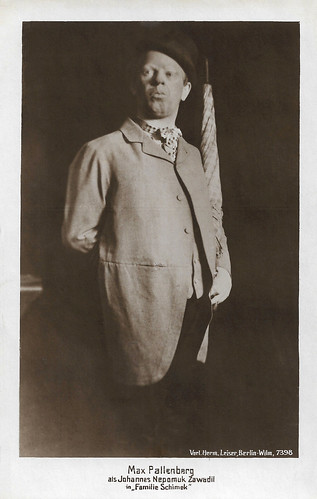 German postcard by Verlag Hermann Leiser, Berlin-Wilm., no. 7398. Photo: Max Pallenberg as Johannes Nepomuk Zawadil in the play 'Die Familie Schimek' by Gustav Kadelburg. In 1916 the play was performed by the Deutsches Theater Berlin under the direction of Emil Jannings. 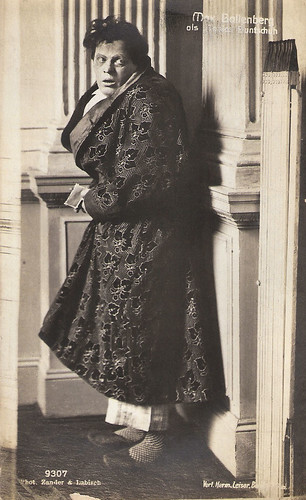 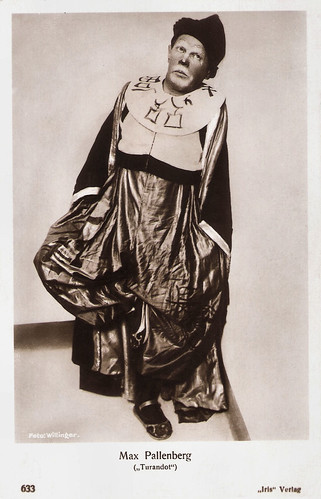 Austrian postcard by Iris Verlag, no. 633. Photo: Laszlo Willinger. Under the direction of Max Reinhardt, Max Pallenberg played Traffaldino in 'Turandot' (1926) by Giacomo Puccini at the Salzburger Festspiele.

A Butt of anti-Semitic propaganda

Pallenberg also appeared in sound films. In Der brave Sünder/The Virtuous Sinner (Fritz Kortner, 1931), he co-starred with Heinz Rühmann. The film is based on the play 'The Embezzlers' which was in turn based on a novel by the Soviet writer Valentin Kataev. Pallenberg had previously rejected all offers to appear in films based on his theatre appearances. He was finally convinced by the producer Arnold Pressburger to try and film one of his stage successes. The film also offered Fritz Kortner a chance to fulfill his ambitions to become a director.

In the 1930s, Max Pallenberg and Fritzi Massary became a butt of the anti-Semitic propaganda of the upcoming Nazis. The Jewish couple went into exile in Austria.

A year later, in 1934, Max Pallenberg died in an airplane crash near Karlovy Vary (Karlsbad) in today's Czech Republic. He had changed his ticket for the five o'clock flight against a ticket which left Prague already at three o'clock. The five o'clock flight arrived on time, Pallenberg's flight however crashed a few minutes after the takeoff. Pallenberg was 56. He was cremated at Feuerhalle Simmering, where his ashes are also buried. 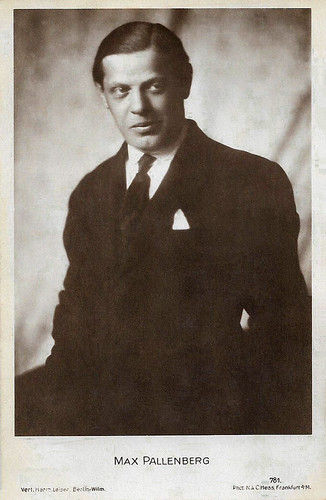 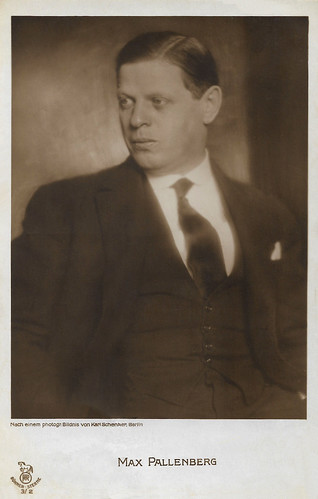 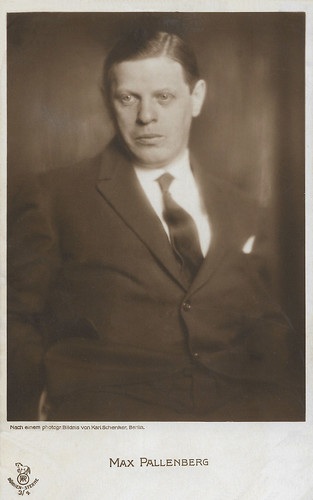 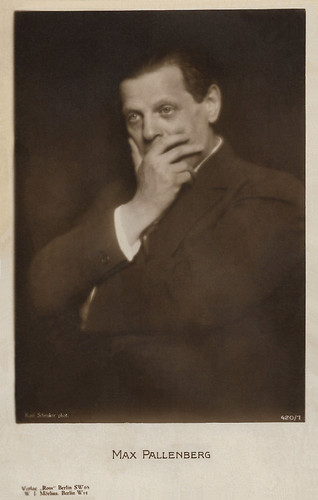 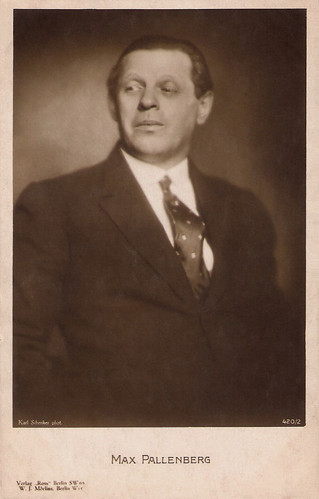