Serbian actor Milan Beli or Milan Bosiljcic has passed away last Tuesday, 31 December 2019, at the age of 88. He was best known as the villain in such East-German films as the Eastern Tecumseh (1972), Das Licht auf dem Galgen (1976) and Das Ding im Schloß (1979). He appeared in more than 50 European films. 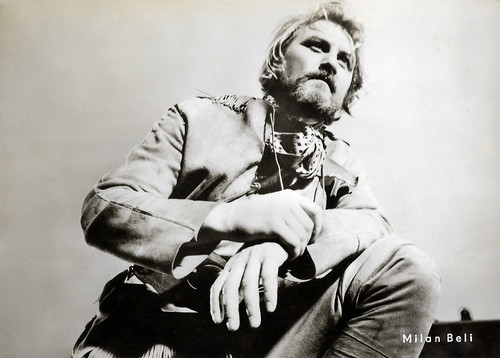 Milan Beli was born Milan Bosiljciv-Berli in 1931 in Konjane near Uzice, Kingdom of Yugoslavia (now Serbia).

After finishing school, Bosiljcic began to study sports in Belgrade. During his studies, he made his first contacts with the cinema. At the time, many international adventure films and Westerns were produced in Yugoslavia, and the extras were often students from the Belgrade Sport University, such as Gojko Mitić.

The Italian director Alberto Lattuada recommended that he would attend an acting school in Rome, which he did for two years. Bosiljcic, who spoke English, German, Italian and French in addition to his mother tongue, then accepted offers in the Karl May film Winnetou und sein Freund Old Firehand/Winnetou and his friend Old Firehand (Alfred Vohrer, 1966) starring Pierre Brice and Rod Cameron, and in Die Nibelungen Teil 1: Siegfried von Xanten/Siegfried (Harald Reinl, 1966) and Die Nibelungen Teil 2: Kriemhilds Rache/Whom the Gods Wish to Destroy 2 (Harald Reinl, 1967).

From 1968 on, Bosiljciv received offers from the DEFA, the state-owned East German studio. He worked as a choreographer for the dance scenes in Konrad Wolf's epic Goya – oder der arge Weg der Erkenntnis/Goya or the Hard Way to Enlightenment (1971) featuring Donatas Banionis.

For the DEFA he would often appear in the Easterns (or Red Westerns), the East-European Indian films. DEFA officials changed his surname for simplicity into 'Milan Beli', and his role as villain in the Eastern Tecumseh (Hans Kratzert, 1972), starring Gojko Mitić and Annekathrin Bürger, lead to his breakthrough. The film depicts the life of the Native American leader Tecumseh (1768–1813). |n line with the policies of Communist East Germany, the film attempted to present a more critical, but also more realistic view of American expansion to the West than it was represented by Hollywood.

Next, Beli appeared in a leading role opposite Mitić in the Eastern Apachen/Apaches (Gottfried Kolditz, 1973), loosely based on the legend of heroic Apache warrior Ulzana. It was another success. In Yugoslavia he played a part in the trashy Nazi-sexploitation comedy Eine Armee Gretchen/She Devils of the SS (Erwin C. Dietrich, 1973), a Swiss production with Karin Heske and Carl Möhner. 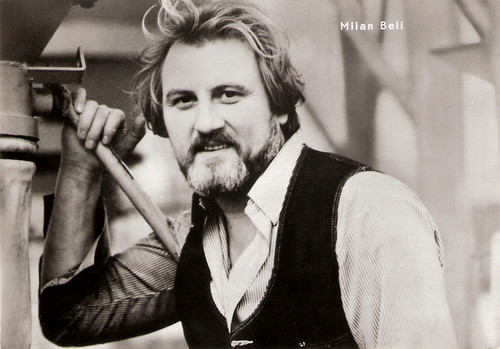 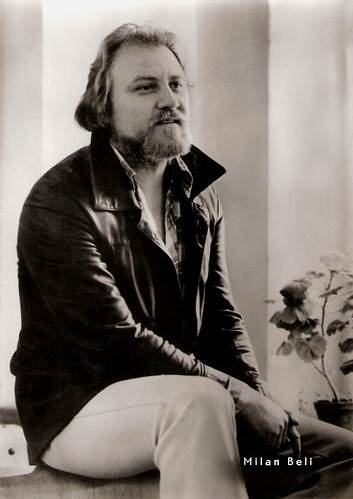 Back in East-Germany, Milan Beli played in the action film Das Licht auf dem Galgen/The Light on the Gallows (Helmut Nitzschke, 1976) about slavery. The film, filmed in Cuba and Bulgaria, was a flop. That year, he appeared in his 50th film, the East-German Sci-Fi film Im Staub der Sterne/In the Dust of the Stars (Gottfried Kolditz, 1976) starring Czech actress Jana Brejchová. Martin Hafer at IMDb: "In many ways, the movie really is bad but most of these ways actually make it rather fun to watch. And, in a few ways, the film actually was pretty good--the plot, after a while, actually turned out to be pretty good."

Beli remained working in the East-German cinema. In 1978, he appeared in the East-German-Soviet coproduction Ich will euch sehen/I Want to See You (János Veiczi, 1978), starring Walter Plathe. Next, he appeared in another Sci-Fi-film Das Ding im Schloß/The Thing in the Castle (Gottfried Kolditz, 1979) starring Erwin Geschonneck and Vlastimil Brodský. He had a small part in the GDR Krimi Für Mord kein Beweis/No evidence of murder (Konrad Petzold, 1979), starring Winfried Glatzeder.

His final film was once more an Eastern starring Gojko Mitić, Der Scout/The Scout (Dshamjangijn Buntar, Konrad Petzold, 1983). The film is based on real events. At the end of the 1870s the fights against the Sioux were over, and the US-Army started putting the Indian tribes living to the West of the Rocky Mountains into reservations. The horses of the Nez Perce Indians are taken away by the US army, hoping the Indians will stay in a reservation. White Feather (Gojko Mitić) pretends he wants to serve the soldiers as a scout, but he intends to bring the horses back to his people.

This excellent film was the last of the series of Easterns by the DEFA. Milan Beli returned to Serbia, where he continued his career in films and on TV as Milan Bosiljcic(-Beli). Most recently, he played a Hungarian king in an episode of the television series Nemanjici-radjanje kraljevine/The Nemanjic Dynasty: The Birth of the Kingdom (Marko Marinkovic, 2018), about one of the most influential Serbian dynasties of the middle ages.

Milan Bosiljcic died in 2019 of natural causes in Belgrade, Serbia at the age of 88. His son Milan Bosiljcic (1982) is also an actor and dancer and is well known in Serbia. 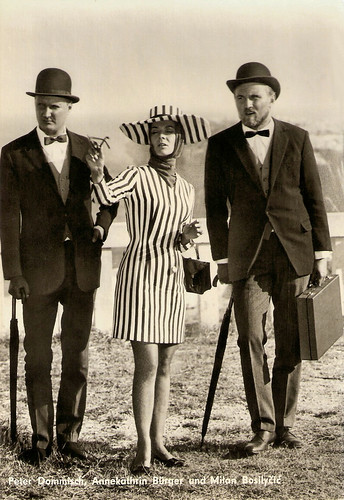 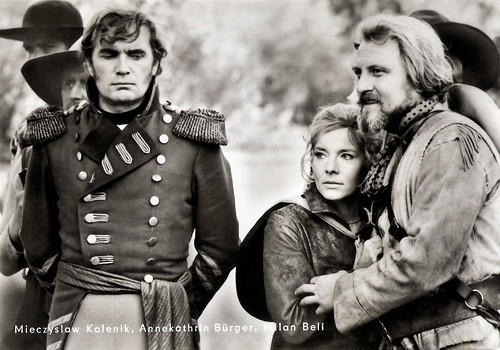