American film actor Richard Dix (1893–1949) achieved popularity in both silent and sound film, first as the rugged and stalwart hero in countless Westerns, then dramatic features such as the Cecil B. DeMille's The Ten Commandments (1923). After his years of silent film at Paramount, and thanks to his deep voice and commanding presence, he became a well-known star at RKO in the 1930s. He was nominated for the Academy Award for Best Actor for his lead role in the Best Picture-winning epic, Cimarron (1931). 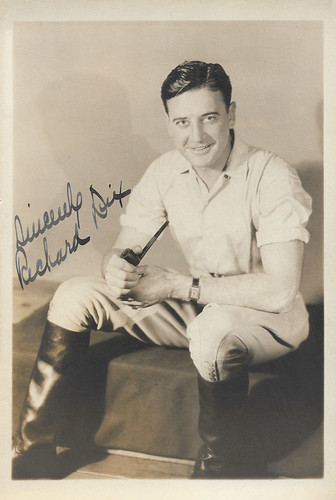 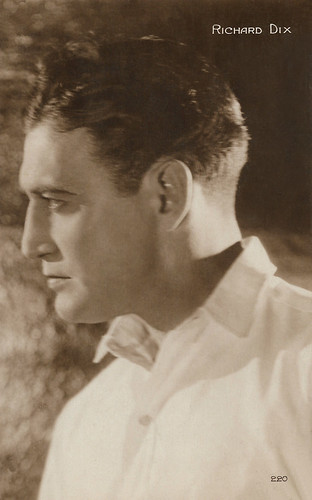 French postcard by Editions Cinémagazine, no. 220. 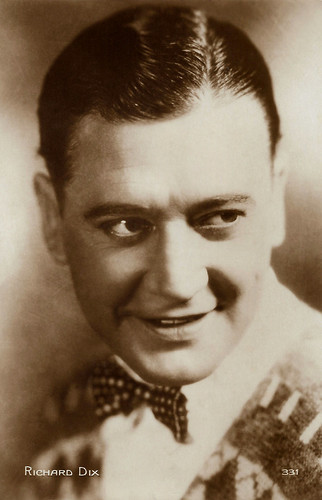 French postcard by Cinémagazine-Edition, Paris, no. 331. 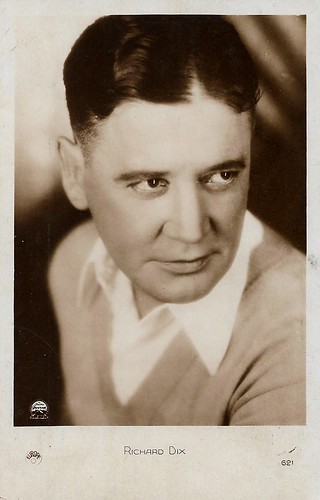 French postcard by Europe, no. 21.

Richard Dix was born Ernest Carlton Brimmer in 1893, in St. Paul, Minnesota. There he was educated, and at the desires of his father, studied to be a surgeon.

His obvious acting talent in his school dramatic club led him to lead roles in most of the school plays. Dix excelled in sports, especially football and baseball. These skills would serve him well in the vigorous film roles he would go on to play.

After a year at the University of Minnesota, he took a position at a bank, spending his evening's training for the stage. His professional start was with a local stock company, and this led to similar work in New York.

The death of his father left him with a mother and sister to support. He went to Los Angeles and changed his name to Dix. He became a leading man for the Morosco Stock Company and his success there got him a contract with Paramount Pictures. His rugged good looks and dark features made him a popular player in Westerns.

Dix's best-remembered early role was in Cecil B. DeMille's silent version of the religious epic film The Ten Commandments (1923). Lauded for its immense and stupendous scenes, use of Technicolor process, and the parting of the Red Sea sequence, the expensive film proved to be a box-office hit upon release.

His athletic ability led to his starring role opposite Jean Arthur in Paramount's Warming Up (Fred C. Newmeyer, 1928), a baseball story and also the studio's first feature with synchronised score and sound effects. His deep voice and commanding presence were perfectly suited for the talkies, and he was signed by RKO Radio Pictures in 1929. 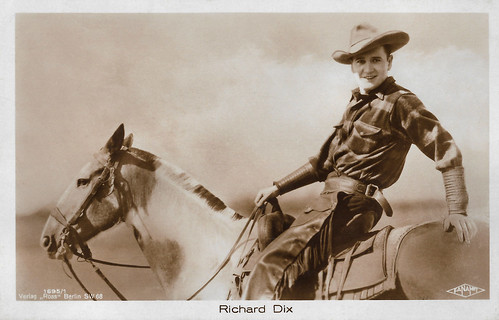 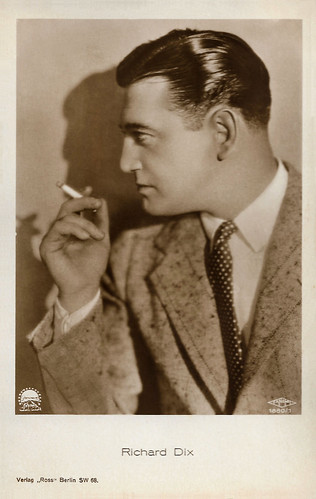 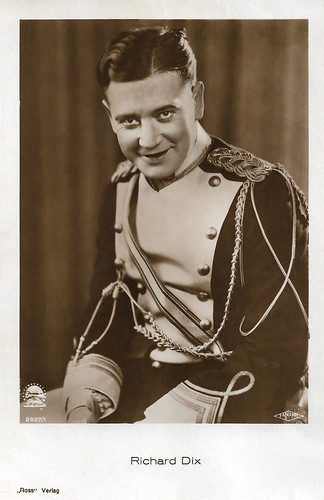 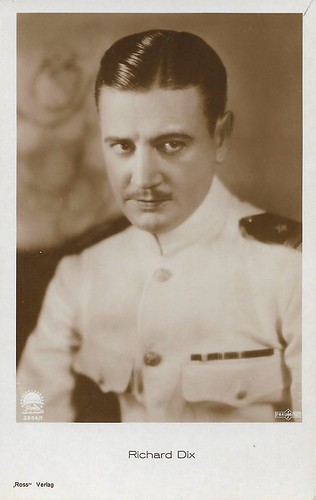 A big box-office draw at RKO

Richard Dix was a major leading man at RKO Radio Pictures from 1929 through 1943. Dix scored an early triumph in the all-talking mystery drama, Seven Keys to Baldpate (Reginald Barker, 1929) with Margaret Livingston.

In 1931 he was nominated for a Best Actor Oscar for his masterful performance in Cimarron (Wesley Ruggles, 1931) opposite Irene Dunne. Cimarron, based on the popular novel by Edna Ferber, took the Best Picture award. Epic in scope, spanning forty years from 1889 to 1929, it was a critical success, although it did not recoup its production costs during its initial run in 1931.

Throughout the 1930s Dix would be a big box-office draw at RKO, appearing in mystery thrillers, potboilers, Westerns, and programmers. A memorable role for Dix was in the British futuristic film The Tunnel (Maurice Elvey, 1935) opposite Leslie Banks. The film, produced at a time when the threat of war loomed in Europe, emphasised international cooperation between the United States and the United Kingdom.

In 1944, Dix starred in the mystery Film Noir The Whistler (William Castle, 1944), co-starring Gloria Stuart and J. Carrol Naish. Based on the radio drama 'The Whistler', it was the first of Columbia Pictures' eight 'Whistler' films in which Dix played a different character each time. (He did not play the 'Whistler', who was an unseen narrator.) By the time Dix started the series, he was a heavy drinker and subject to hiccups. He retired from films in 1947.

He first married Winifred Coe in 1931. They had a daughter, Martha Mary Ellen, and then divorced in 1933. He then married Virginia Webster in 1934. They had twin boys, Richard Jr. and Robert Dix and an adopted daughter, Sara Sue.

After years of fighting alcoholism, Richard Dix suffered a serious heart attack in 1949, while on a train from New York to Los Angeles. He died a week later in Los Angeles at the age of 56. Dix was interred at Forest Lawn (Glendale), Glendale, California, in the Whispering Pines section, lot #2387. Dix has a star on the Hollywood Walk of Fame in the Motion Pictures section at 1610 Vine Street. It was dedicated in 1960. 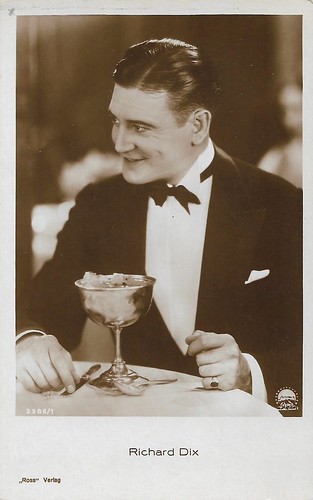 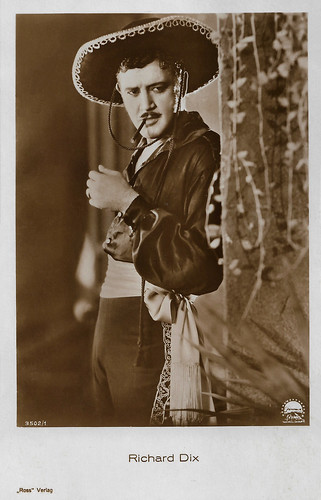 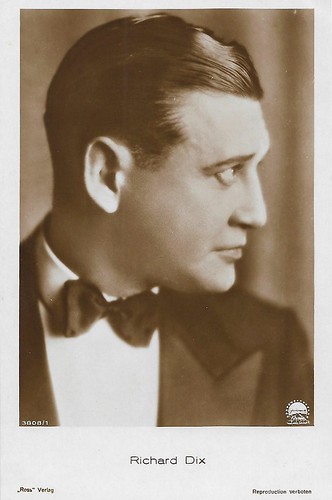 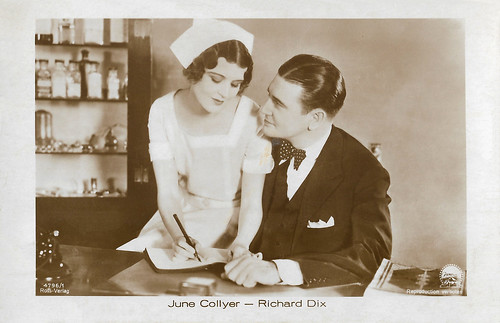 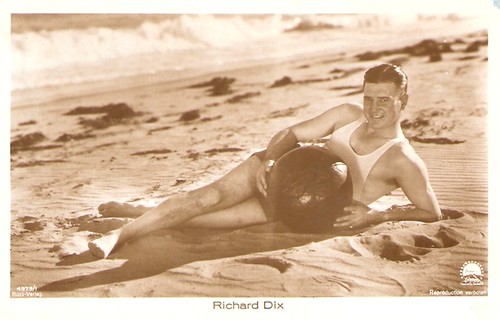 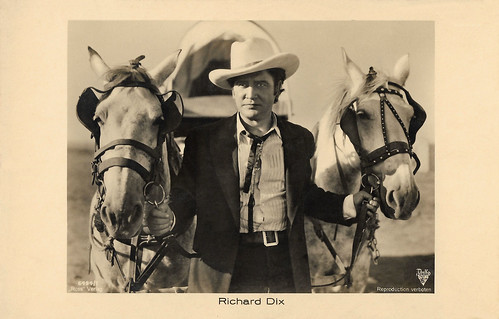 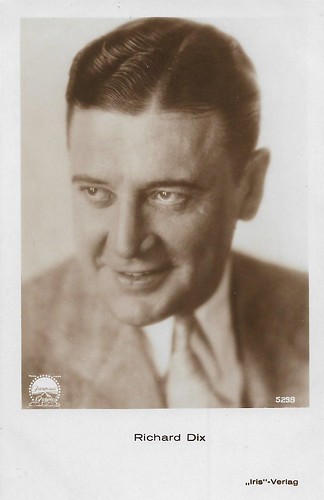 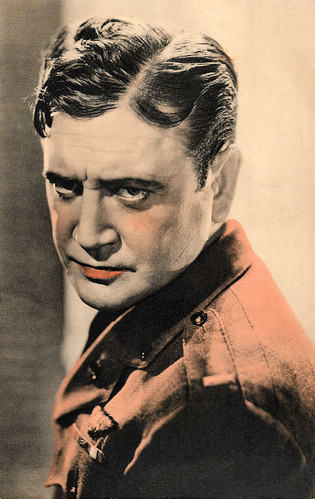 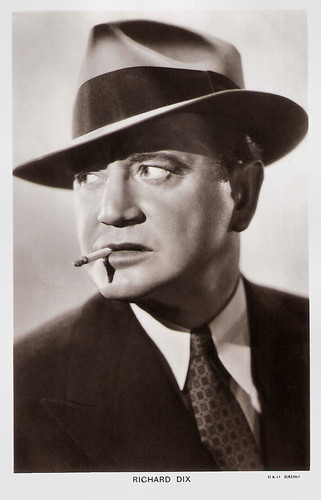