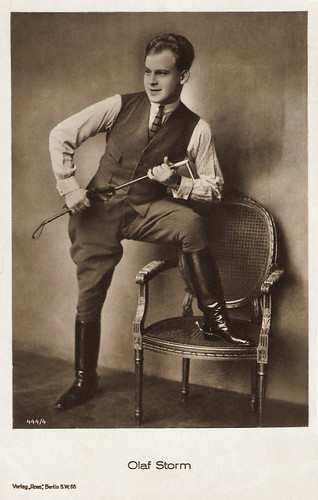 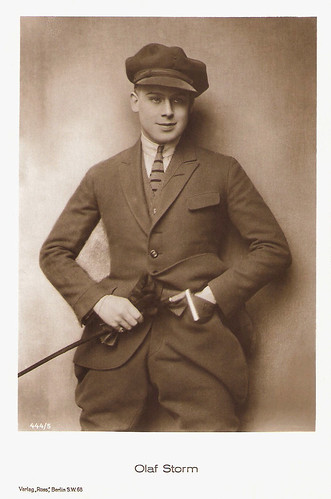 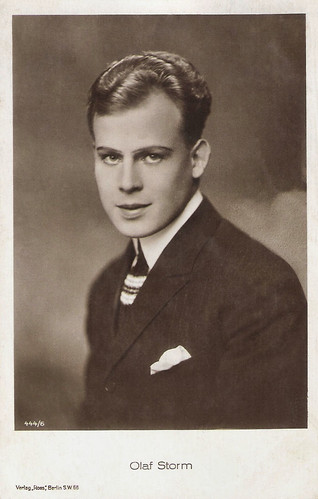 
Olaf Storm was born Theodor Joseph van Kann in Richterich, Germany in 1894,  according to Wikipedia. However, the sources differ: IMDb and Steffi-Line claim that he was born in Frederiksberg, Denmark.

He started his film career with a supporting part in the German production Das Erbe vom Lilienhof/The legacy of Lilienhof (Franz Hofer, 1919). Hofer had been one of the true auteurs of the early German cinema.

Then he got the leading role in the detective serial Nat Pinkerton im Kampf/Nat Pinkerton (Wolfgang Neff, 1920). The young Béla Lugosi played a gang leader in this film serial.

In the meanwhile, Storm kept appearing in Hofer productions, including Begierde/Desire (Franz Hofer, 1921) and the comedy Aus den Akten einer anständigen Frau/From the Files of a Respectable Woman (Franz Hofer, 1921), both with Margit Barnay.

Storm produced as well as acted in Die Minderjährige - Zu jung fürs Leben/The minors - Too young for life (Alfred Tostary, 1921) with Hanni Weisse. A year later, he both edited and acted in the drama Das Straßenmädchen von Berlin/Girl of the Berlin Streets (Richard Eichberg, 1922) with Lee Parry.

That year, he also played a supporting part as the husband in the drama Fräulein Julie/Miss Julie (Felix Basch, 1922), an adaptation of the August Strindberg play from 1888, starring Danish diva Asta Nielsen. 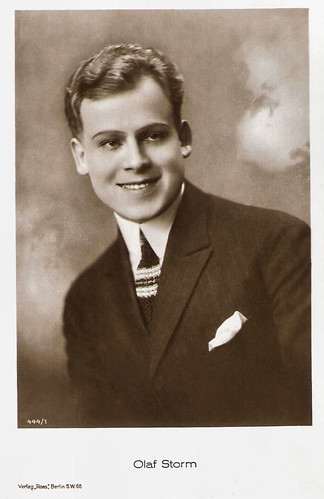 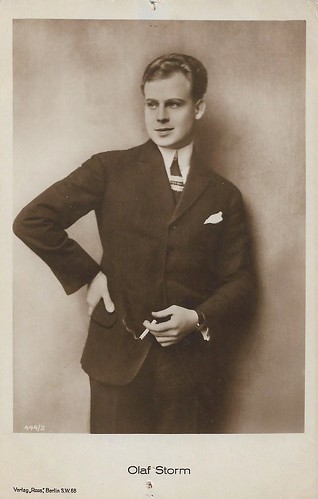 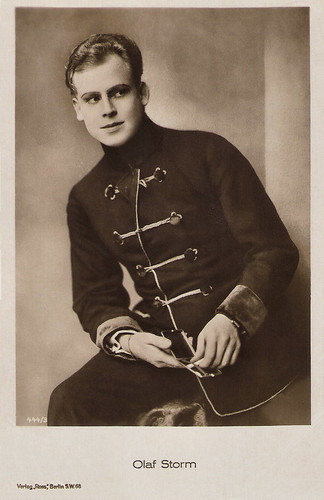 Two years later he played a young hotel guest in Friedrich Wilhelm Murnau’s Der Letzte Mann/The Last Laugh (F.W. Murnau, 1924). Emil Jannings starred in this beautiful film as an aging hotel doorman who is fired from his prestigious position and re-assigned to the lowly position of washroom attendant.

The third classic is the Sci-Fi epic Metropolis (Fritz Lang, 1926), the biggest-budgeted film ever produced at the UFA studio. Storm played the uncredited part of Jan.

During these years he also played bigger parts in less known films. In Die Tochter des Wucherers/The daughter of the moneylender (Fritz Bernhardt, 1922), he co-starred with Lee Parry.

He had also a notable part in Die vom anderen Ufer/Those from the Other Side (Arthur Bergen, 1926) with Bruno Kastner.

His other roles were mostly smaller parts and a year later he made his last two films: the drama Verbotene Liebe/Forbidden Love (Friedrich Feher, 1927) with Magda Sonja, and Wochenendzauber/Weekend Magic (Rudolf Walther-Fein, 1927) starring Harry Liedtke. Apparently, Storm got into financial worries.

Four years later, in 1931, Olaf Storm committed suicide in Berlin at the age of 37. 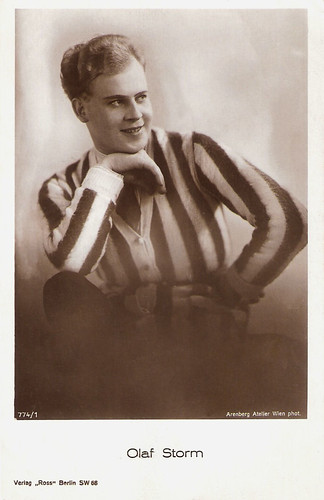 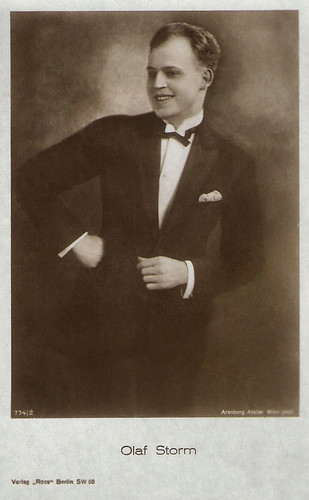 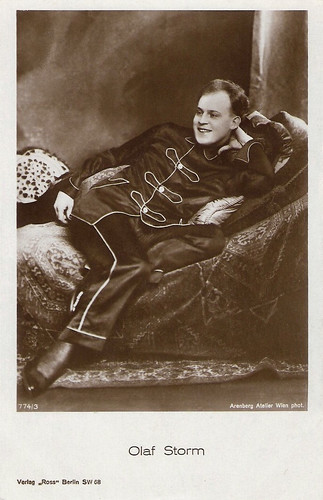 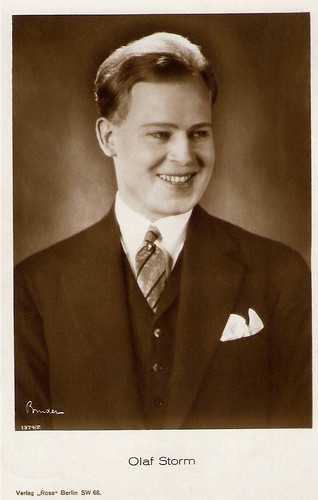 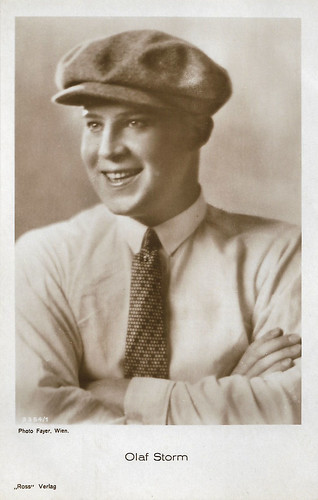