Terry Moore (1929) is an American film and television actress. She starred in several box-office hits including Mighty Joe Young (1949), Come Back, Little Sheba (1952) (for which she was nominated for an Academy Award for Best Supporting Actress), and Peyton Place (1957). In the 1970s she asserted that she was the secret wife of the late billionaire Howard Hughes, and received a settlement. 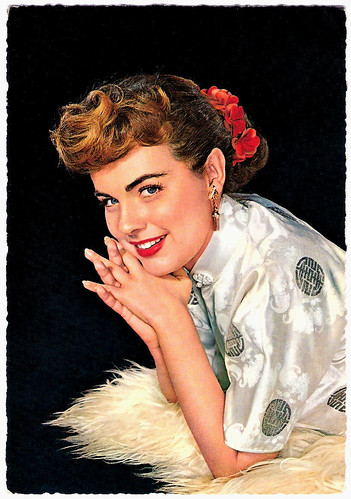 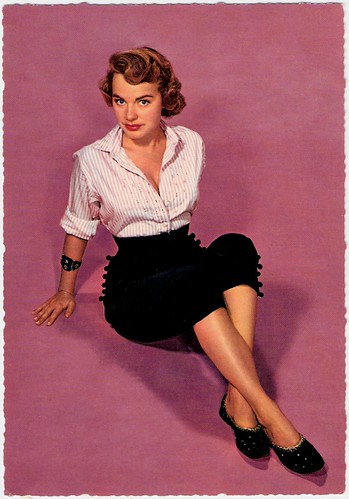 
Terry Moore was born Helen Luella Koford in 1929, in Glendale, California. Moore grew up in a Mormon family in Los Angeles, California.

She worked as a child model before making her film debut at age 11 in Maryland (Henry King, 1940). She was billed as Judy Ford, Jan Ford, and January Ford before taking Terry Moore as her name in 1948.

Three years later, she was nominated for an Academy Award for Best Supporting Actress for the drama Come Back, Little Sheba (Daniel Mann, 1952), starring Burt Lancaster. In 1953, she appeared on the cover of Life magazine as "Hollywood's sexy tomboy".

A huge box office hit was Peyton Place (Mark Robson, 1957) in which she appeared as Betty Anderson. She also appeared in the Pat Boone musical Bernardine (Henry Levin, 1957), A Private's Affair (Raoul Walsh, 1959) featuring Sal Mineo, and Why Must I Die? (Roy Del Ruth, 1960). 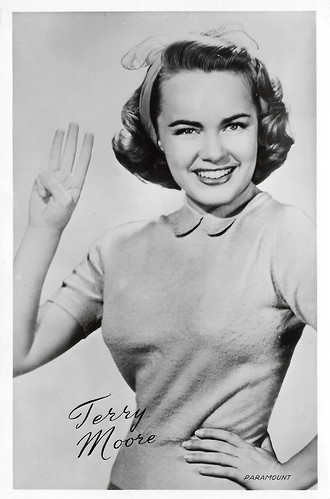 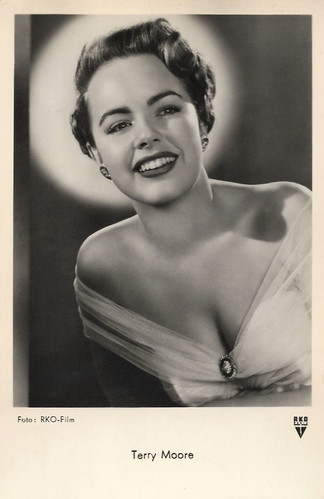 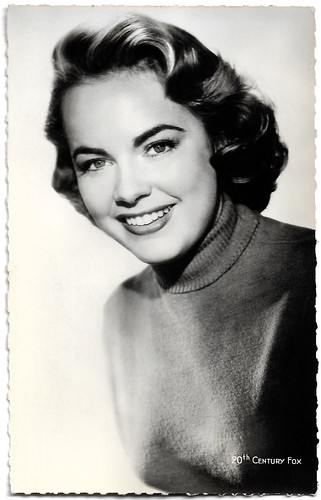 The Secret Wife of Howard Hughes

Lacking film roles, Moore appeared on television. In 1962, she appeared as a rancher's daughter in the Western series Empire (1962-1963) opposite Ryan O'Neal and Charles Bronson. She also appeared in three episodes of Batman (1967) and on the interview program Here's Hollywood.

After the 1960s, Moore semiretired from acting. After the death of billionaire Howard Hughes, she claimed that the pair had secretly married on a yacht in international waters off the coast of Mexico in 1949 and never divorced. Despite the fact that Moore married two other men while she was still "married" to Hughes, his estate paid her an undisclosed settlement in 1984.

By the 1980s, her career had resumed with minor roles in such low-budgeted B-movies as the women in prison film Hellhole (Pierre de Moro, 1985) and the comedy Going Overboard (Valerie Breiman, 1989), starring Adam Sandler in his film debut. At age 55, Moore posed nude in the August 1984 issue of Playboy magazine, photographed by Ken Marcus. The pictorial included the cover, and the text emphasised her connection to Howard Hughes.

She returned in the remake of Mighty Joe Young (Ron Underwood, 1998), starring Bill Paxton and Charlize Theron. Since she was a pilot herself, Terry played a major role in preparing Leonardo DiCaprio for his portrayal of Howard Hughes in The Aviator (Martin Scorsese, 2004).

Her later films include the Swedish production Kill Your Darlings (Björne Larson, 2006) with Fares Fares, and father and son Stellan and Alexander Skarsgård. In 2014, she guest-starred in the role of Lilly Hill on the crime series True Detective, starring Matthew McConaughey.

Moore's first marriage, in 1951 to the American football player and Heisman Trophy winner Glenn Davis, lasted one year. A subsequent marriage to Eugene McGarth, in 1956, lasted three years. One year after this marriage ended, Moore married Stuart Cramer after his divorce from Jean Peters. One of the two children from this 13-year marriage is actor Grant Cramer. Following the dissolution of this marriage in 1972, Moore did not remarry for 20 years. Her 1992 marriage to Jerry Rivers lasted until his death in 2001. Terry Moore has a star on the Hollywood Walk of Fame at 7080 Hollywood Blvd. 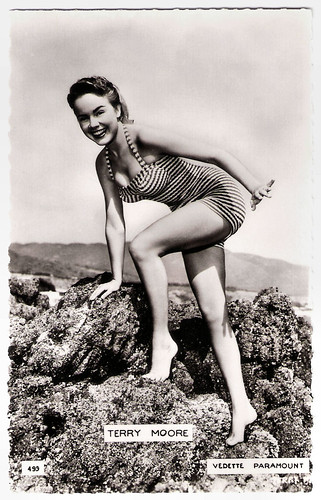 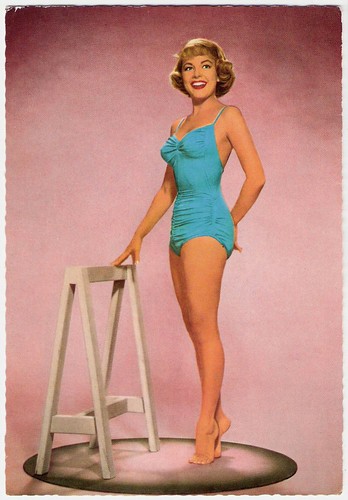 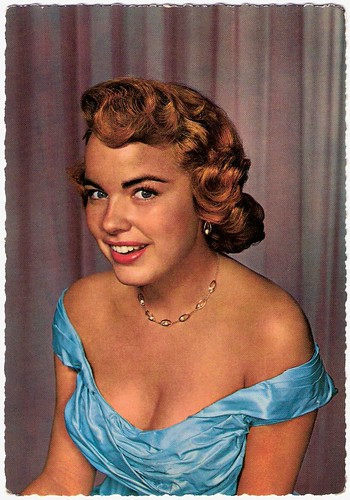 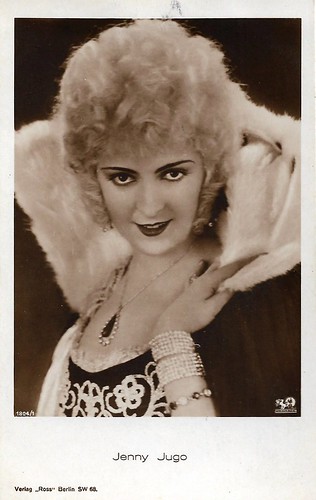