Just like the more famous Dranem, Louis-Jacques Boucot aka Boucot (1882-1949) was a comical actor known for his vivacity and grimaces who knew a career from music-hall to cinema. The French stage and screen actor was famous for his comic characters of Pénard and Babylas. 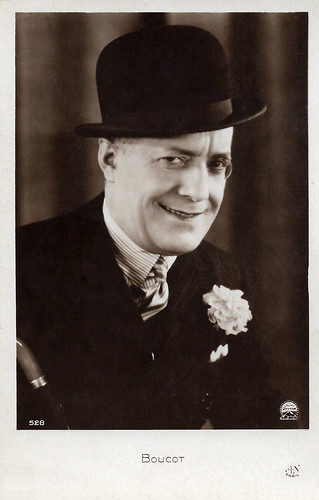 
Louis-Jacques Boucot also known under the pseudonyms Louis Boucaud or (Louis) Boucot was born in Paris in 1882.

By 1911 he had his own comedies such as the comedy Un ami trop entreprenant/A friend who is too enterprising (N.N., 1911) with Paulette Lorsy, and La dame de compagnie/The lady companion (Louis Feuillere, 1911), in which he appeared anonymously.

In the same year, he also developed the popular comic character of Babylas in various shorts directed by Alfred Machin. Sometimes, Machin's pet panther Mimir acted in these films too, such as in Babylas vient d'hériter d'une panthère/Babylas has just inherited a panther (1911). The last comedy in the series was Babylas va se marier/Babylas is getting married (Alfred Machin, 1912). 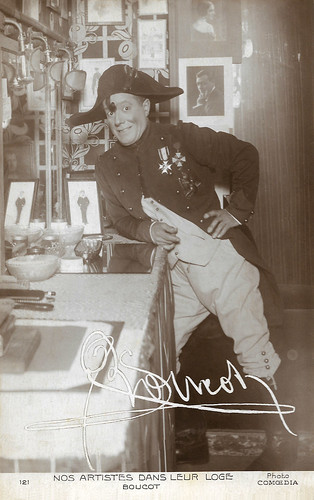 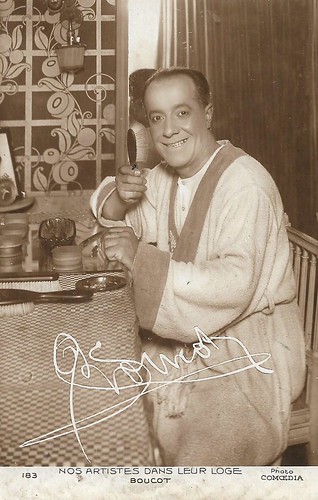 In the 1920s, he also appeared in only one film, La première idylle de Boucot/Boucot's first idyll (Robert Saidreau, 1920).

He only returned to the screen when the sound film had set in. Between 1930 and 1938, he would act in 14 films such as the drama Une femme a menti/A woman lied (Charles de Rochefort, 1930) for Paramount, the musical comedy Arthur (Léonce Perret, 1931) with Boucot in the lead, and Le costaud des PTT/The strong PTT (Jean Bertin, 1931) in which he sang several songs.

The following years he could be seen in La bonne aventure/The Nice Adventure (Henri Diamant-Berger, 1932) with again Boucot in the lead, Brevet 95-75/Patent 95-75 (Pierre Miquel, 1934), and the crime film Le puritain/The Puritan (Jeff Musso, 1938) with Pierre Fresnay and Jean-Louis Barrault. 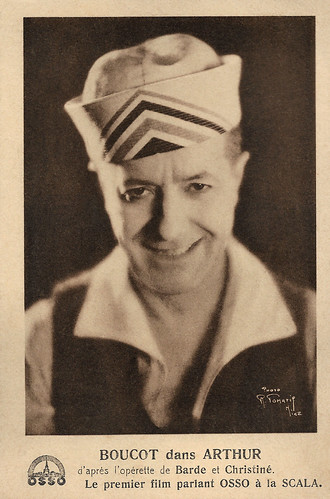 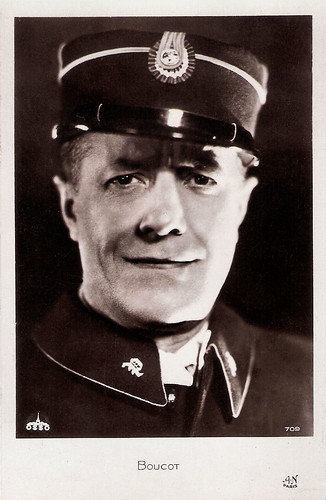