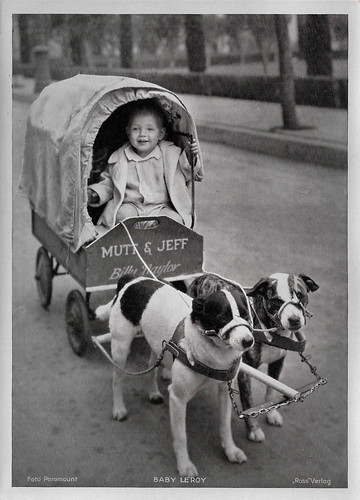 Big German collectors card by Ross Verlag. Photo: Paramount. Baby LeRoy embarks on a tour of the Paramount studios in a cart pulled by two dogs, Mutt and Jeff, Hollywood, circa 1934. 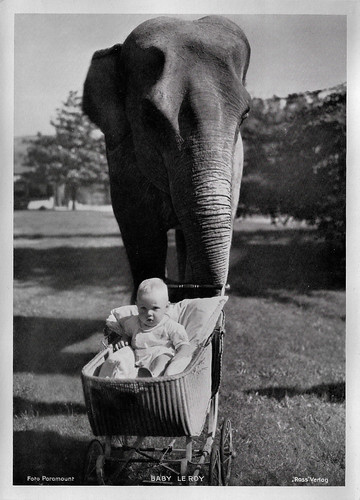 
Baby LeRoy was born in 1932 in Los Angeles, as Ronald Le Roy Overacker.

Aged six months, he made his screen debut in A Bedtime Story (Norman Taurog, 1933). The star of the film was Maurice Chevalier as a Parisian playboy who plays father to an abandoned, troublesome baby who severely diminishes his lovemaking activities.

LeRoy's contract with Paramount had to be signed by his grandfather, as not only was Baby LeRoy underage but so was his 16-year-old mother. He was the youngest motion picture actor to receive star billing in such films as Alice in Wonderland (Norman Z. McLeod, 1933), a star-laden version of Lewis Carroll's novel, and the musical drama Torch Singer (Alexander Hall, George Somnes, 1933), starring Claudette Colbert.

He co-starred with W.C. Fields in the comedies Tillie and Gus (Francis Martin, 1933), The Old Fashioned Way (William Beaudine, 1934) and It's a Gift (Norman Z. MacLeod, 1934). Fields recounted a difficult shooting day during Tillie and Gus where a short scene was repeatedly ruined by Baby LeRoy's crying until he surreptitiously devised a solution: "I quietly removed the nipple from Baby LeRoy's bottle, dropped in a couple of noggins of gin, and returned it to Baby LeRoy. After sucking on the pacifier for a few minutes, he staggered through the scene like a Barrymore."

LeRoy is perhaps best remembered for a dinner table sequence in The Old Fashioned Way (1934) in which he throws a handful of custard into W.C. Fields's face, yanks on his nose, and destroys his pocket watch by tossing it into a bowl of molasses. Fields initially endures each of these indignities, but the scene ends with Fields spotting Baby LeRoy standing in a doorway and giving the toddler a kick to the rear end. 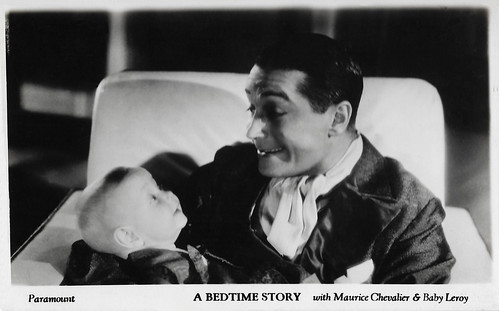 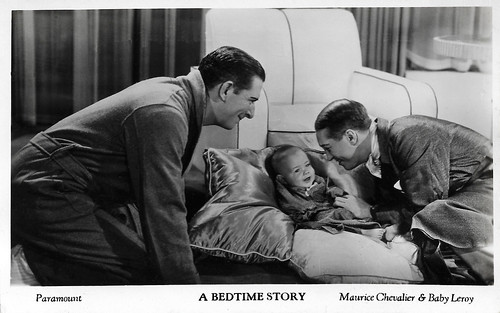 A comeback film at age 8


Baby Leroy is said to have retired from motion pictures at age 4, but four years later there was a final chapter of his film career. At age 8, LeRoy landed the lead role in Paramount's The Biscuit Eater (Stuart Heisler, 1940).

This was to be his comeback film, after a two-year absence from the big screen. At age 6, he had appeared in a bit part as himself in the comedy short, Cinema Circus (Roy Rowland, 1937).

He began filming the opening scene of The Biscuit Eater (1940) in October 1939. The scene called for Baby LeRoy to swing across a lake holding a rope, but he lost his grip and fell into the lake as the cameras rolled. This happened both times that the scene was attempted.

As a result, Baby LeRoy became ill with a very bad cold. By the next day, he had lost his voice. As filming was on location in Albany, Georgia, and the crew and the rest of the cast could not wait the two weeks for the young actor to recover, as the doctor who examined LeRoy had determined, the film's director, Stuart Heisler, instead placed an emergency call to Paramount in Hollywood.

Paramount wasted no time replacing Baby Leroy with another Paramount child actor, Billy Lee, who soon arrived with his father who was managing his career, while Baby LeRoy was sent back to Hollywood to recover from his illness, with a promise from Paramount that he would be given another lead role for another chance at a comeback.

Unfortunately, that never materialised. Overacker became a merchant seaman and in 1957, as an adult, appeared as a guest challenger on the TV panel show To Tell the Truth. Ronald Le Roy Overacker died in 2001 in Van Nuys, California. He was 69. 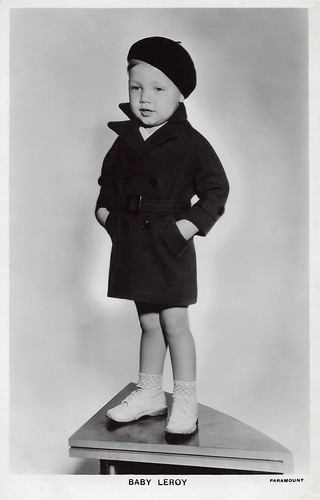 British postcard in the Picturegoer Series, London, no. 935. Photo: Paramount.