Mimì Aylmer (1896-1992), was an Italian singer and actress of theatre and cinema. She also performed as chanteuse in varieté and café-chantant. 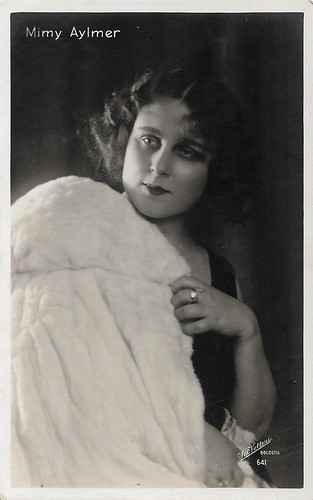 A volcano of enthusiasm and vitality


Mimi Aylmer was born Eugenia Spadoni in Rome in 1896 into a wealthy family of Tuscan origin. Her father was an art professor. Eugenia studied classical studies, learned English and French, loved music, and played the piano, dreaming of becoming a conductor. When she was 14, she left with her mother for Genoa after the divorce of her parents.

When she made her debut in the world of show business, she passed herself off as English and changed her name. At the age of 17, she began singing in nightclubs in the capital, achieving such great success that she was requested by various impresarios and theatre companies. Mimi was the first to appear in Italian variety shows with bare legs as was the custom in Paris. Maria Procino describes her at Enciclopedia delle donne as "a volcano of enthusiasm and vitality".

In 1914 she was engaged by the Compagnia di Rivista Papa, alongside Guido Riccioli and Luciano Molinari. Always followed by her mother from whom she never left, she worked with operetta impresario, comedian, and librettist Carlo Lombardo. In 1917 she obtained the role of "prima soubrette" in Lombardo's company.

With the same role she moved on to the Compagnia Nazionale Bartoli, the Compagnia di Operette Vannutelli, and finally the Compagnia Città di Milano. She pbtained great success and fame with her interpretations of the operettas 'Die Csárdásfürstin' (The Czardas Princess) and 'Madama di Tebe' by Carlo Lombardo. In 1921 she moved to the prose theatre where she acted as prima donna at the Teatro Goldoni in Venice.

After the war, she joined the Compagnia del Teatro Sperimentale directed by Virgilio Talli, then she played leading lady roles with Antonio Gandusio, continuing to act with Ruggero Ruggeri and Aristide Baghetti until the end of the 1920s when she gradually left the theatre scene. 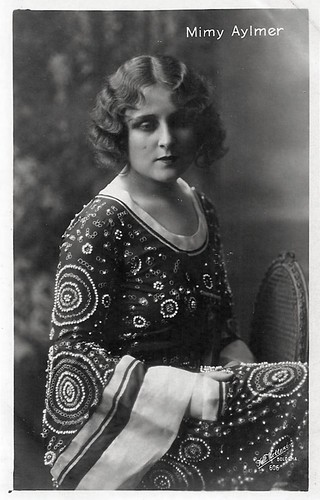 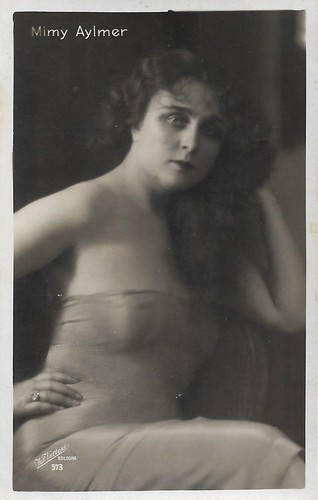 Playing the other woman


In 1914, Amleto Palermi hired her for her first silent film, Colei che tutto soffre/She Who Suffers All (Amleto Palermi, 1914), shot in Turin at the Gloria Film studio and starring Maria Caserini. In 1917 she acted in Ri. Ki. Ki., a film directed by and starring Eleuterio Rodolfi for Jupiter Films of Turin.

She then returned to Rome for a contract with Bernini Film, to shoot Il trittico dell'amore/The Triptych of Love (Ugo Falena, 1920) with Silvia Malinverni and Maria Melato.

The arrival of sound cinema did not find her unprepared, like other female colleagues. Amleto Palermi directed her in La straniera/The Stranger (Amleto Palermi, Gaston Ravel, 1930), the Italian language version of a multi-version film shot at the Paris Tobis Studios. Aylmer played in it opposite Tina Lattanzi and Roldano Lupi.

During the war years, Aylmer lost the houses she had bought, destroyed by the Germans, or occupied. She took refuge in a villa in Grottaferrata with her beloved mother, then moved to Zurich.

After the war, Aylmer did two more films, the adventure films Cuori sul mare/Hearts at Sea (Giorgio Bianchi, 1950) with Jacques Sernas, and La vendetta del corsaro/Revenge of the Pirates (Primo Zeglio, 1951) starring Maria Montez, in which Aylmer played character roles. After that, she decided to abandon the sets and retire to her home in San Remo. Retired from the stage as well, in October 1964 she entered the Casa Lyda Borelli, a rest home for artists and workers in the performing arts in Bologna.

In 1966 she published 'Il romanzo della mia vita' (The novel of my life), in which the actress narrated her personal, artistic, and sentimental story, from her historic participation in the 1929 Mille Miglia automobile race with Eugenio Stiniasacchi, at the wheel of a Lancia Lambda sedan, finishing in 29th place overall, to her career as an artist, and her famous loves, including her relationships with Umberto II of Savoy, the last King of Italy who reigned for 34 days in 1936, and Italian diplomat and Fascist politician Galeazzo Ciano.

Mimì Aylmer died in Bologna in 1992. She was 96. Eugenia left her entire archive to the House, so that it would not be dispersed, but safeguarded and enhanced over time. 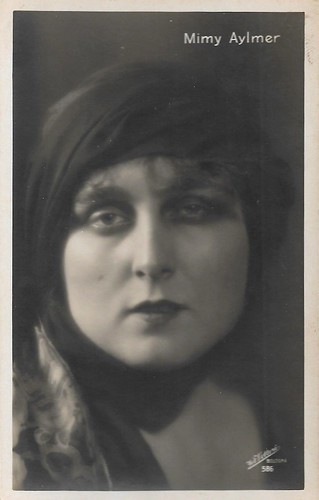