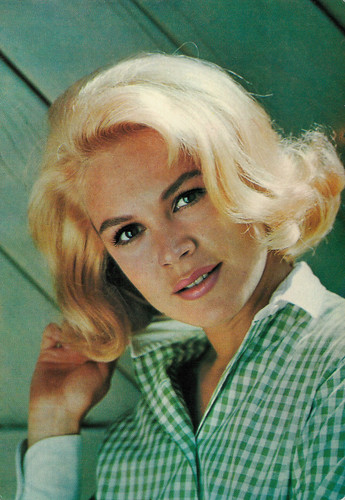 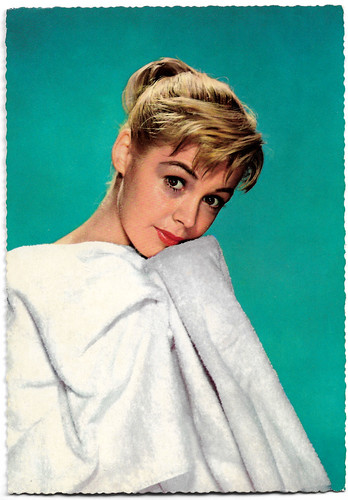 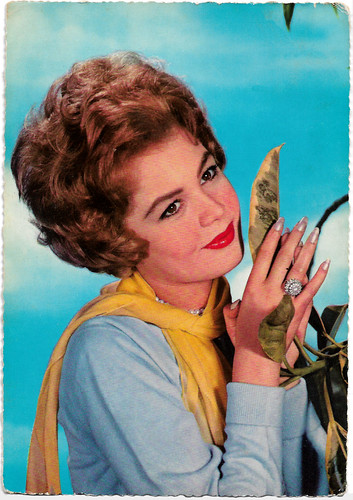 West-German postcard by Krüger. Photo: Terb Agency. Sent by mail in the Netherlands in 1964. 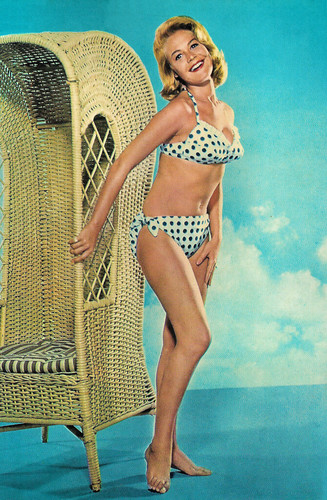 
The heartthrob of teenage boys all across America


Sandra Dee was born Alexandra Cymboliak Zuck in 1942 or 1944 in Bayonne, New Jersey. She was the daughter of John Zuck and Mary Cymboliak. Although she was officially born in 1942, several sources report that she was actually born in 1944. For instance, her son Dodd Darin said that Dee's mother pretended she was two years older so that she could get a certain role in a film.

Little Sandra was put on stage at the age of four. She was 'groomed' and marketed for the modelling and film industry by her ambitious mother. At the age of twelve, she was hired as a child model and also appeared in various television commercials.

Her parents soon separated, and her mother remarried. From then on the daughter was called Sandra Douvan, which was later shortened to Dee at Universal. There, she made her film debut with a supporting role in Until They Sail (Robert Wise, 1957), starring Jean Simmons, Joan Fontaine, and Paul Newman. For her part, she won the Golden Globe Award for Best Newcomer.

Dee quickly became a beloved teen idol in such films as the comedy The Reluctant Debutante (Vincente Minelli, 1958) opposite Rex Harrison and John Saxon, and The Restless Years (Helmut Käutner, 1958), also opposite Saxon. Sandra was 17 years old and became the heartthrob of teenage boys all across America.

In 1959, she starred in her most famous film, Imitation of Life (Douglas Sirk, 1959). In it, she played the daughter of Lana Turner. Commercial success followed in the same year with the comedies A Summer Place (Delmer Daves, 1959) alongside Troy Donahue and Gidget (Paul Wendkos, 1959) with James Darren. 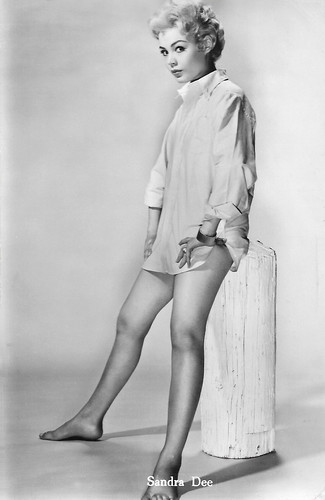 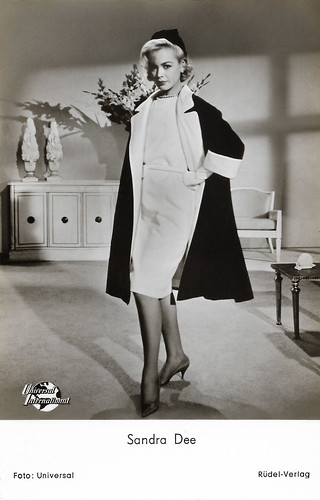 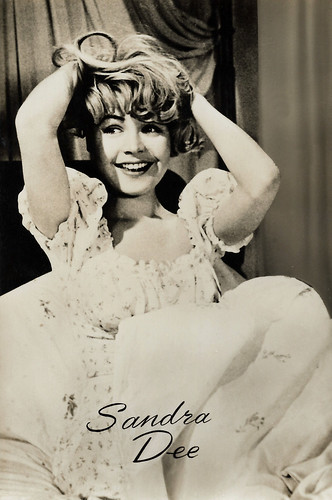 
In 1960, Sandra Dee married singer/actor and teen idol Bobby Darin. They had met as partners in the film Come September (Robert Mulligan, 1961), starring Rock Hudson and Gina Lollobrigida. They had a son together in 1961 and were a Hollywood dream couple that seemed born in the eyes of the producers.

The blonde actress starred with her husband in several shallow but commercially successful comedies, including If a Man Answers (Henry Levin, 1962) and That Funny Feeling (Richard Thorpe, 1965). But this liaison lasted only a short time and they divorced in 1967.

Sandra replaced Debbie Reynolds as Tammy Tyree in the Tammy series, but Tammy Tell Me True (Harry Keller, 1961) and its sequel, Tammy and the Doctor (Harry Keller, 1963), didn't do all that well at the box office. Sandra Dee's success waned, and her career was coming to an end.

Dee made only a few second-rate films such as Doctor, You've Got to Be Kidding! (Peter Tewksbury, 1967) with George Hamilton and The Dunwich Horror (Daniel Haller, 1970) with Dean Stockwell, before retiring from the film business altogether in 1971. She was not 30 yet.

Dee developed anorexia nervosa. She also became depressed and was an alcoholic. Sporadically, she appeared in talk shows or smaller television films. The film Grease (Randal Kleiser, 1978) made her famous to a new generation. While she was not in the film, one of the popular songs was 'Look At Me, I'm Sandra Dee'.

In 1994 she appeared once more in an episode of Frasier. Her final film role was in Lost (Al Adamson, 2003). She was played by Kate Bosworth in the biographical film Beyond the Sea (Kevin Spacey, 2004).

In 2000, Dee was diagnosed with several life-threatening illnesses, including lung cancer and kidney failure. The latter, in conjunction with pneumonia, became fatal to her. She passed away in 2005 at a hospital near Thousand Oaks, California, at the age of 62. Sandra Dee left behind a son from her marriage to Bobby Darin: Dodd Mitchell Cassotto or Dodd Darin (1961). 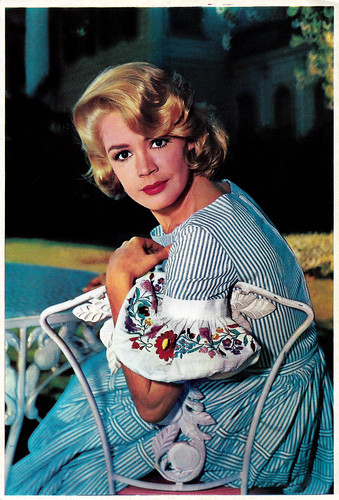 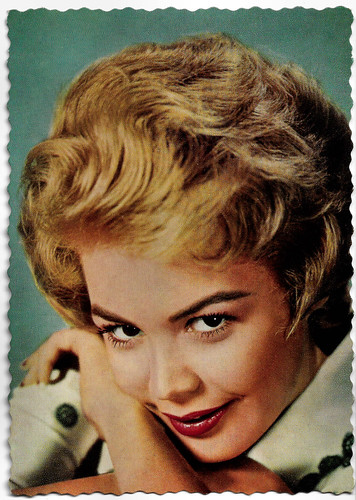 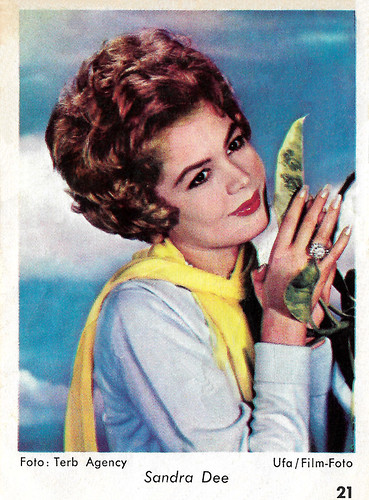 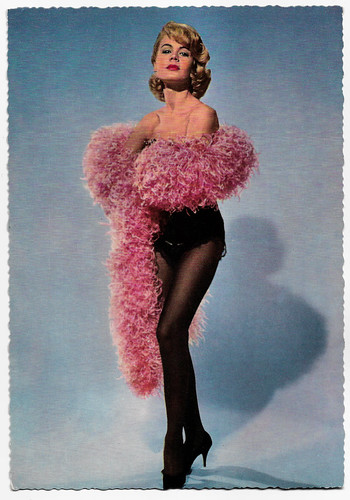