American actress Angelina Jolie (1975) won an Oscar, for her role in Girl, Interrupted (1999). She gained international acclaim with her role as video game heroine Lara Croft in Lara Croft: Tomb Raider (2001) and established herself as one of the highest-paid actresses in Hollywood with the Tomb Raider sequel The Cradle of Life (2003). Jolie proved her status as an action movie star with the blockbusters Mr. & Mrs. Smith (2005) and Wanted (2008). She received rave reviews for her roles in A Mighty Heart (2007) and Changeling (2008), for which she received an Oscar nomination. Forbes named her Hollywood's highest-paid actress in 2009, 2011, and 2013. 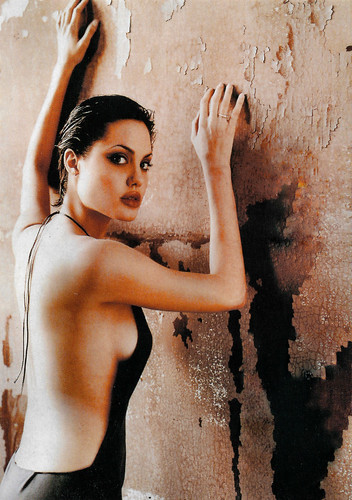 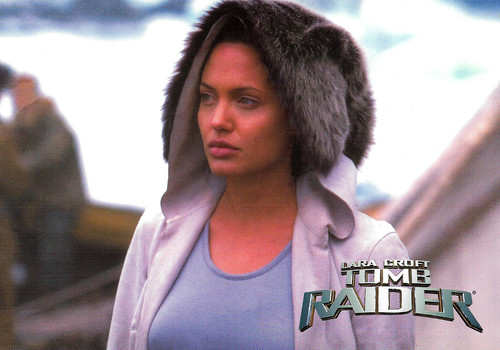 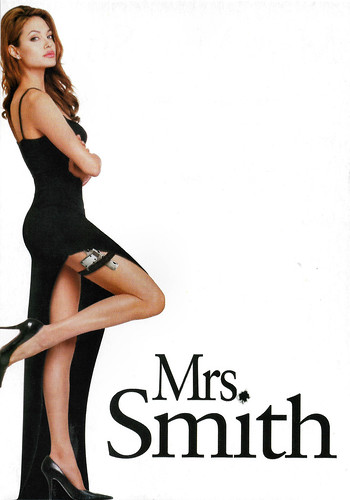 
Angelina Jolie was born Angelina Jolie Voight in Los Angeles, in 1975. She is the daughter of actors Jon Voight and Marcheline Bertrand, and the sister of director James Haven. When Jolie was six months old, her father left the family and she moved to upstate New York with her mother and brother.

Ten years later the family returned to Los Angeles, where 11-year-old Jolie decided to become an actress and enrolled at the prestigious Lee Strasberg Theatre Institute. Although she had a happy childhood, Jolie became depressed in her teens. In high school, she was bullied by her peers for her thin body and full lips, and she cut herself.

Jolie had no personal contact with her father for many years and had the surname Voight removed from her name in 2002. Jolie and Voight reestablished contact after her mother, with whom Jolie had a very close relationship, died of ovarian cancer in 2007.

After a short-lived career as a fashion model, Jolie began her film career in 1993 with a starring role in the low-budget film Cyborg 2: Glass Shadow (Michael Schroeder, 1993). Some notable films from this period include her first Hollywood production, Hackers (Iain Softley, 1995), where she met her first husband Jonny Lee Miller, and Foxfire (Annette Haywood-Carter, 1996), where she began a relationship with co-star Jenny Shimizu.

In 1998, Jolie won a Golden Globe for her role in the biographical TV Mini-series George Wallace (John Frankenheimer, 1997) starring Gary Sinise. That same year, she played the tragic photo model Gia Marie Carangi in the biographical television film Gia (Michael Cristofer, 1998). Critics praised Jolie's performance as the lesbian, heroin-addicted Carangi; she won a Golden Globe for the second year in a row and her first Screen Actors Guild Award.

She appeared in Playing by Heart (Willard Carroll, 1998), an ensemble production which also starred Sean Connery, Gillian Anderson and Ryan Phillippe. The film in general and Jolie's performance, in particular, were well received. Next, Jolie appeared in Pushing Tin (Mike Newell, 1999) as the seductive wife of Billy Bob Thornton, whom she would marry the following year.

The summer of that year saw the release of her first blockbuster, Gone in 60 Seconds (Dominic Sena, 2000), in which she played the ex-girlfriend of car thief Nicolas Cage. The film brought in $237 million internationally, making it her best-attended film to that point. 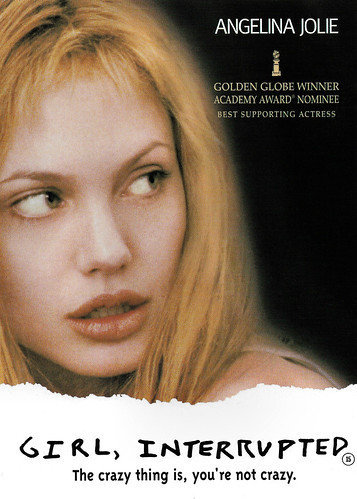 British freecard by Boomerang Media. Angelina Jolie in Girl, Interrupted (James Mangold, 1999). Caption: The crazy thing is, you're not crazy. 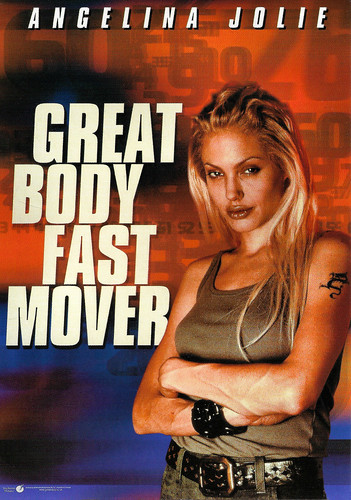 
Angelina Jolie achieved international superstar status with her role as video game heroine Lara Croft in Lara Croft: Tomb Raider (Simon West, 2001) opposite her father, Jon Voight. Although Jolie was widely praised for her physical performance, the film received mainly negative reviews. The film was nevertheless an international success with sales of $275 million and launched her global reputation as a female action film star.

Jolie appeared as Antonio Banderas' sensual but deceitful mail-order bride in Original Sin (Michael Cristofer, 2001). In 2002, she played an ambitious journalist who is told she will die within a week in Life or Something Like It (Stephen Herek, 2002). Both films received poor reviews, but Jolie's performance was again well received by critics.

In 2003, Jolie reprised her role as Lara Croft in Lara Croft Tomb Raider: The Cradle of Life (Jan de Bont, 2003). The sequel, although not as profitable as the original, had international sales of $156 million. Later that year, she appeared opposite Clive Owen in Beyond Borders (Martin Campbell, 2003), a film about development workers in Africa. The film reflected Jolie's interest in development aid but was critically and financially unsuccessful.

In 2004, Jolie appeared alongside Ethan Hawke as an FBI agent in the thriller Taking Lives (D.J. Caruso, 2004). She also provided the voice of the fish Lola in the DreamWorks animated film Shark Tale (Bibo Bergeron, Vicky Jenson, Rob Letterman, 2004) and had a supporting role in the Science Fiction/adventure film Sky Captain and the World of Tomorrow (Kerry Conran, 2004) starring Gwyneth Paltrow and Jude Law.

That same year, Jolie played the role of Olympias in Alexander (Oliver Stone, 2004), a biographical film about the life of Alexander the Great played by Colin Farrell. The film was poorly attended in America, which director Oliver Stone attributed to its depiction of Alexander's bisexuality, but was a success internationally with sales of $139 million.

Jolie starred in only one film in 2005, the action-comedy Mr. & Mrs. Smith (Doug Liman, 2005), where she met Brad Pitt. The film, which tells the story of a bored couple who discover that they are both hit men, was one of the biggest successes of 2005, with sales of $478 million worldwide. Jolie then appeared in Robert De Niro's The Good Shepherd (Robert De Niro, 2006) as the neglected wife of a CIA agent played by Matt Damon.

Jolie next appeared in A Mighty Heart (Michael Winterbottom, 2007) as Mariane Pearl, the widow of murdered journalist Daniel Pearl. For her performance, Jolie received a fourth Golden Globe nomination and a third Screen Actors Guild Award nomination. That same year, Jolie also played the mother of Grendel (Crispin Glover) in the motion-capture-created epic film Beowulf (Robert Zemeckis, 2007). Next, Jolie played the hit woman Fox in the action film Wanted (Timur Bekmambetov, 2008), alongside James McAvoy and Morgan Freeman. The film was well-received by critics and was an international success with sales of $342 million.

She also provided the voice of Tigress in the DreamWorks animated film Kung Fu Panda (Mark Osborne, John Stevenson, 2008), which became her best-selling film to date with sales of $632 million worldwide. That same year, Jolie appeared in Clint Eastwood's truth-based drama Changeling (Clint Eastwood, 2008), about American Christine Collins (played by Jolie) who is reunited in 1928 not with her kidnapped son but with a boy who had claimed to be her son. Jolie received a second Academy Award nomination, a fifth Golden Globe nomination, and a fourth Screen Actors Guild Award nomination for her role. 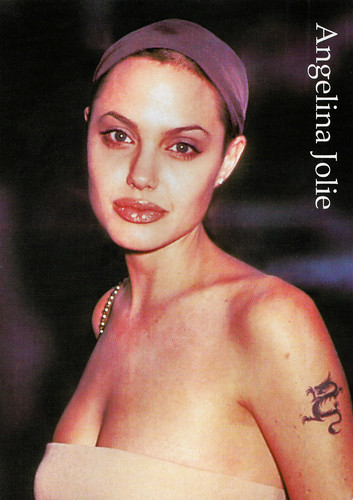 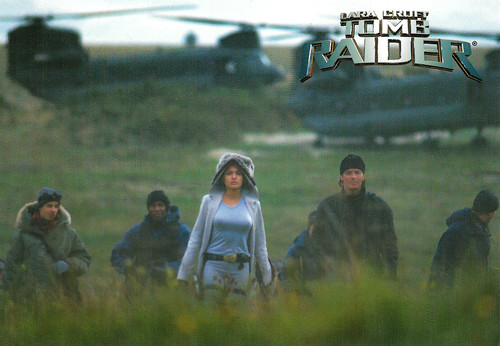 
Angelina Jolie's performance as the title character Evelyn Salt in Salt (Phillip Noyce, 2010) had many reviewers calling her the female James Bond. Jolie would provide the voice of Tigress again in the sequel Kung Fu Panda 2 (Jennifer Yuh Nelson, 2011) before taking on her next big hurdle: stepping behind the camera.

Jolie directed and produced the war drama In the Land of Blood and Honey (Angelina Jolie, 2011), a tragic love story that takes place during the Bosnian War. The film's uncompromising depiction of the war atrocities that marked the conflict caused some stir in Bosnia, Serbia, and Croatia, but her choices were largely celebrated by Bosnians, as well as most critics in the U.S. and Europe.

She also continued to direct and produce films including Unbroken (2014), By the Sea (2015), and First They Killed My Father (2017). Recently she starred in the Marvel movie The Eternals (Chloé Zhao, 2021) with Gemma Chan and Richard Madden.

In addition to her acting career, Jolie has been active for the UN refugee agency UNHCR since 2001, first as a Goodwill Ambassador and since 2012 as a Special Envoy. For her efforts, she received an honorary Oscar, the Jean Hersholt Humanitarian Award. She was appointed Dame Commander of the Order of St Michael and St George by Queen Elizabeth II. 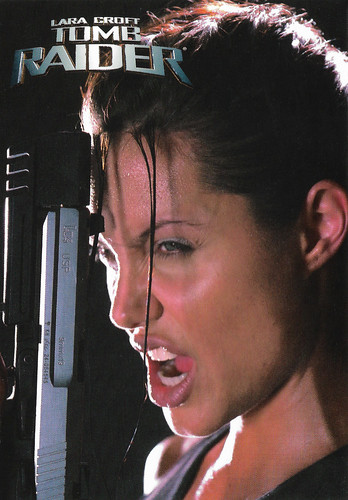 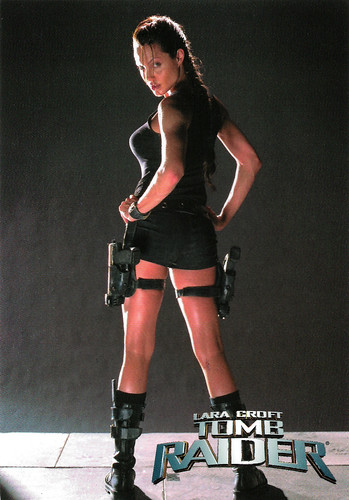 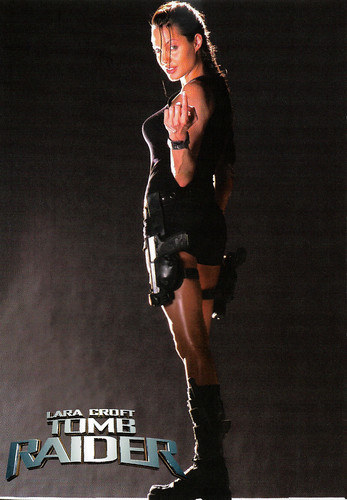