American radio, film, and television actress Marie Wilson (1916-1972) was a lovely, innocent-looking, well-endowed comedienne, best remembered as My Friend Irma. Gary Brumburgh at IMDb: "Wilson was a featherbrained delight instantly reminiscent of the zany Gracie Allen. Unlike Allen, however, Marie was a knockout--with high cheekbones, a wide slash of a mouth and a figure that wouldn't quit." 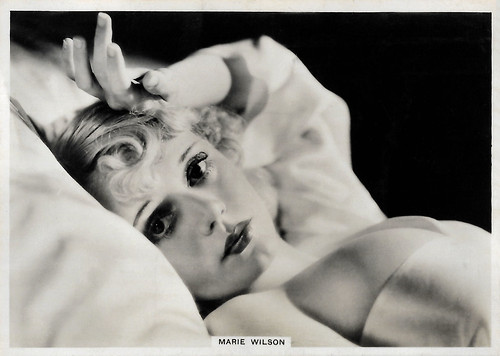 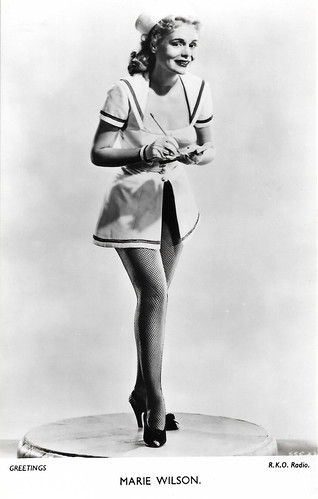 
Marie (sometimes Mari) Wilson was born Katherine Elisabeth White in Anaheim, California, in 1916. Her family moved to Hollywood after her businessman father's death and Marie set her sights on an entertainment career while quite young. Educated at Miss Page School and the Hollywood Cumnock School for Girls, she found extra work in films upon graduation and made ends meet at one point by taking a job as a salesgirl in a department store. Wilson began her acting career in New York City as a dancer on the Broadway stage.

Wilson began her career in Hollywood in the comic adventure film Down to Their Last Yacht (Paul Sloane, 1934) as a ship passenger. Her big break occurred after an "accidental" meeting with the director Nick Grinde. The relationship grew intimate, and he was instrumental in the formulation of her early Hollywood career. She appeared in his comedy short My Girl Sally (1935) with the inimitable Sterling Holloway. She also had an extra part in Grinde's feature film Ladies Crave Excitement (1935). Grinde helped secure her a contract at Warner Brothers in 1935. She would stay with the studio for four years.

Her last film for Warners was the forgettable The Cowboy Quarterback (Noel M. Smith, 1939) starring Bert Wheeler. She then found great stage success as the sexy stooge for impresario Ken Murray in his extremely popular Los Angeles 'Blackout' vaudeville-style stage shows of the early 1940s.

Her mock striptease bit was a particular highlight and she stayed with the show for seven years. During World War II, she was also a volunteer performer at the Hollywood Canteen, and she was a popular wartime pin-up. 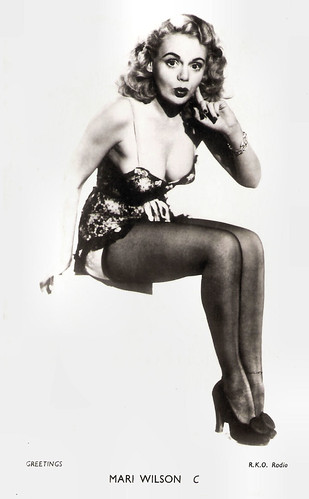 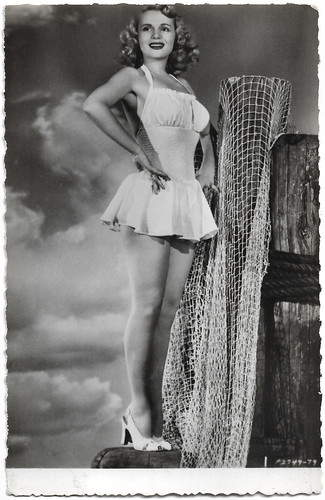 Typecast as the quintessential dumb blonde


In 1947, she gained national prominence as Irma Peterson in the radio show My Friend Irma. This sitcom was so popular in the late 1940s that its success escalated to a comic strip, a comic book and two films, My Friend Irma (George Marshall, 1949) and My Friend Irma Goes West (Hal Walker, 1950).

Marie Wilson, Hans Conried, and Gloria Gordon played the same characters in the first film that they did on the radio show. Both films are mainly remembered today for introducing Dean Martin and Jerry Lewis to moviegoers. Marie Wilson again played Irma in the TV series My friend Irma, broadcasted on CBS from January 1952 until June 1954. Wikipedia: "the show made her a star but typecast her almost interminably as the quintessential dumb blonde, which she played in numerous comedies."

Wilson's last film was Mr. Hobbs Takes a Vacation (1962), directed by Henry Koster and starring James Stewart and Maureen O'Hara. She had appeared in more than 40 films. Marie took to the stage, nightclub and TV circuits once her film career bottomed out after the spectacular arrival of Marilyn Monroe.

On the road in summer stock and dinner theatre engagements, Marie appeared to find advantage in such well-suited vehicles as 'Bus Stop', 'Born Yesterday' and 'Gentlemen Prefer Blondes'. Wilson was a television performer during the 1960s and was a guest on The Ed Sullivan Show on four occasions. She worked until her untimely death. Her last TV role was in 1972 as Margaret Cooperman in the anthology comedy series Love, American Style. 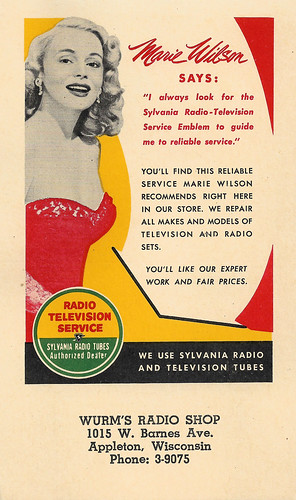 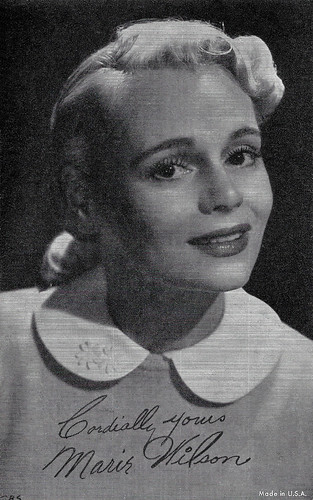