Austrian actor Rudolf Prack (1905 - 1981) was once 'the most often kissed man of the German cinema’. Nowadays he is mainly connected with his Heimatfilms of the 1950's, but his career already started in the middle of the 1930's.

Krambambuli
Rudolf Anton Prack was born Vienna, Austria-Hungary (now Austria), in 1905. He was the son of Rudolf Prack, a postman, and his wife Melanie Elisabeth. Rudolf jr. first worked for a bank to be able to finance his acting classes at the Max-Reinhardt-Seminar. He started a stage career in Vienna and made his film debut in the musical comedy Florentine (1938, Carl Lamac). The next year he celebrated his first major success in Mutterliebe/Mother Love (1939, Gustav Ucicky) with Käthe Dorsch. His part as the poacher Thomas Werndl in Krambambuli (1940, Karl Köstlin) finally turned him into a public idol. He cemented his fame with films like Die goldene Stadt/The Golden City (1942, Veit Harlan), Reise in die Vergangenheit/Journey Into the Past (1943, Hans H. Zerlett) and the crime film Orient-express (1944, Viktor Tourjansky).

Heimat
At the end of the 1940's and the beginning of the 1950s', Rudolf Prack became as the nice, young gentleman the ideal protagonist of the post-war generation. After the war the need of the German public had changed completely; they had to fight against doubt, unemployment and a restricted view to the future. During the Wirtschaftswunder period the Heimatfilm arose. These regional films abducted the audience into the alleged world of nature. Together with actress Sonja Ziemann, Rudolf Prack formed the dream couple of six Heimatfilms, such as Schwarzwaldmädel/The Black Forest Girl (1950, Hans Deppe) and Grün ist die Heide/The Heath Is Green (1951, Hans Deppe). Other popular films were Die Diebin von Bagdad/The Thief of Bagdad (1952, Carl Lamac), Die Privatsekretärin/The Private Secretary (1953, Paul Martin), Roman eines Frauenarztes/Novel of a Gynaecologist (1954, Falk Harnack), Dany, bitte schreiben Sie/Dany, Please Write Me (1956, Eduard von Borsody) and Du bist wunderbar/You Are Wonderful (1959, Paul Martin), with singer Caterina Valente.

Today starts the 30th edition of Cinema Ritrovata . Till 2 July we're in Bologna, Italy, to attend the festival. One of the programme se... 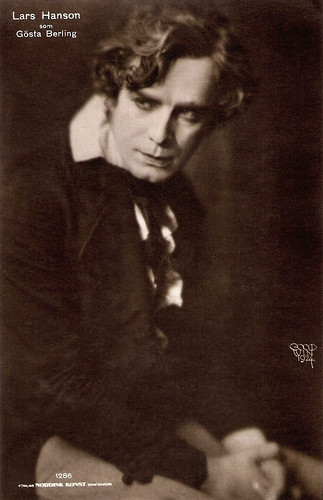