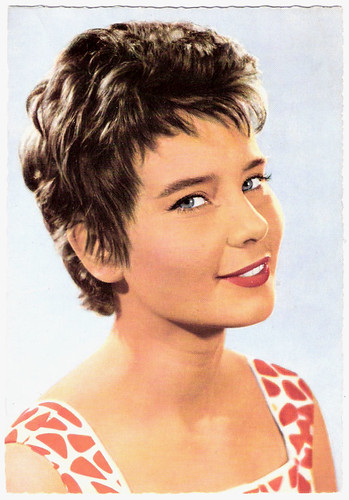 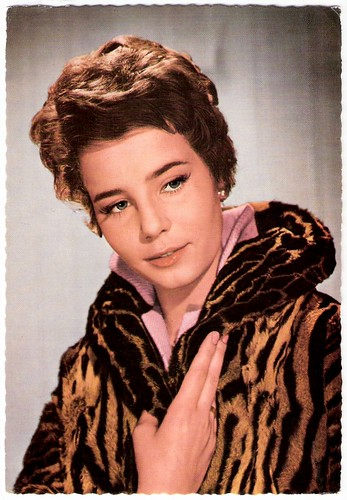 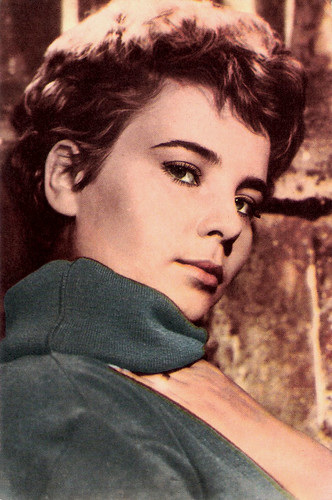 
Corny Collins was born Gisela Szymanski in 1933 in Berlin.

She studied to become a doctor's assistant. When she was working for a theatre doctor she was discovered by Günter Pfitzmann, who asked her to work in a cabaret. She followed acting classes and made her stage acting debut in 1957 in the comedy 'Ein Tag im siebten Himmel' (One Day in Seventh Heaven).

Actor and director Axel von Ambesser noticed her talent and engaged her for a part in the film Die Freundin meines Mannes/The Girlfriend of My Husband (Axel von Ambesser, 1957), opposite Hans Söhnker and Peter Kraus.

Although she was 25 at the time she played a teenager in this film. She got favourable reviews for her comic and sweet performance, and more parts followed in films like Italienreise – Liebe inbegriffen/Voyage to Italy, Complete with Love (Wolfgang Becker, 1958) and Herz ohne Gnade/Heart Without Mercy (Viktor Tourjansky, 1958) starring Barbara Rütting.

In Alfred Vohrer's Schmutziger Engel/Dirty Angel (1958) Corny had her breakthrough in the daring leading role as the girl Beate who compromises her teacher, played by Peter van Eyck. 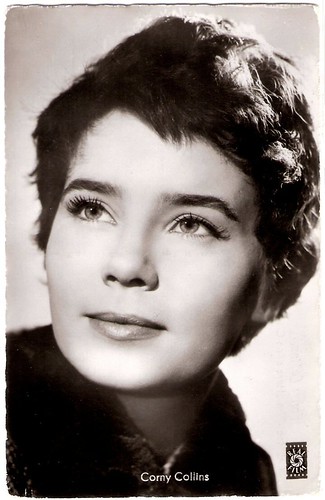 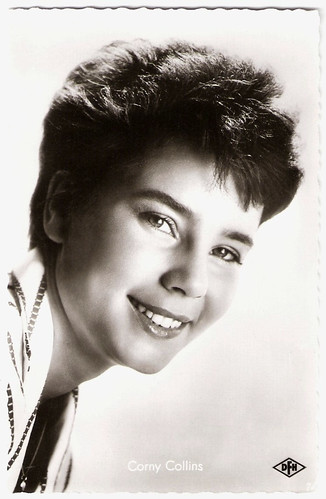 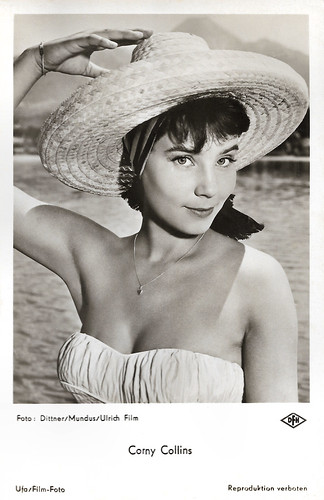 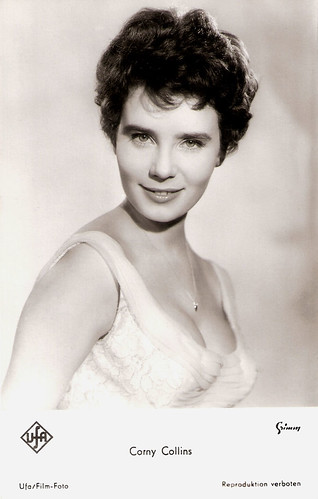 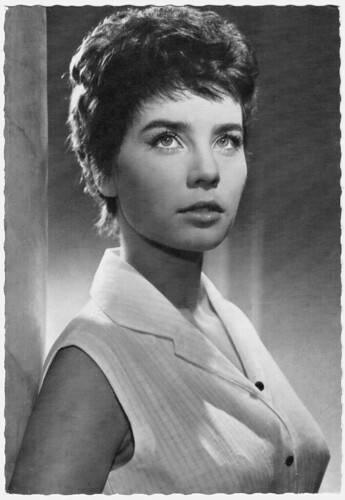 
In the early 1960s Corny Collins kept playing the fresh young woman in such films as the Schlager comedy Am Sonntag will mein Süßer mit mir segeln geh'n/On Sunday My Sweetheart Wants To Go Sailing With Me (Franz Marischka, 1961) and Ferien wie noch nie/Holidays Like Never Before (Wolfgang Schleif, 1963) with Eva Bartok and Carlos Thompson.

In the Edgar Wallace adaptation Das indische Tuch/The Indian Scarf (Alfred Vohrer, 1963) she played one of the heirs, who visit the isolated estate of their benefactor and find themselves hunted by a strangler with an Indian scarf.

But soon her film career seemed to go nowhere and her private life was troublesome too. She was married twice: first to her former co-star Christian Wolff and later to psychiatrist Dr. Tillmann. Both marriages ended in a divorce.

Her roles had changed. She no longer played the innocent and sweet waif, but often performed women who had lost confidence in men. She was also doing synchronisation, and was the German voice of Marion Ross in the popular TV series Happy Days.

Her last film was Reise ohne Wiederkehr/The Year of the Black Butterflies (Alexandra von Grote, 1989). This gripping drama follows the exploits of two pediatric caregivers who risked their lives to protect their handicapped charges from being gassed or used in medical experiments during WWII. Even though what the government was doing was in the caretakers' view obviously not conscionable, they were unable to get help from religious or judicial authorities and were forced to resort to other ways to rescue the youths in their care.

Since this role, Corny Collins merely worked in the theatre. She lives now in Berlin-Grunewald. She and Christian Wolff have a son called Sascha. 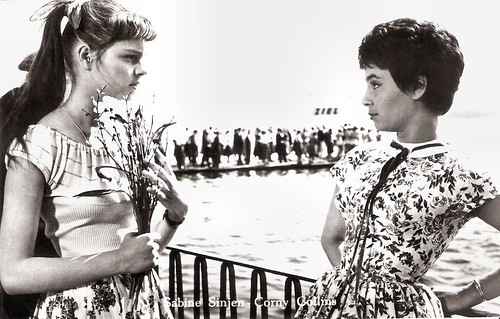 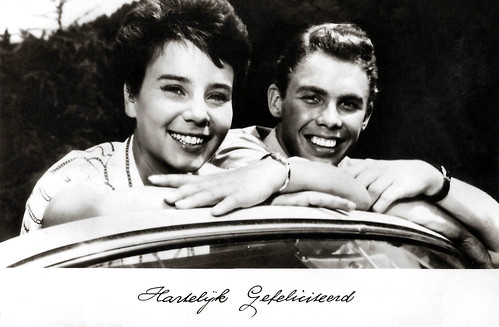