Austrian actress and producer Ellen Richter (1893-1963) caused a sensation as a leading lady in action films of the mid-1910s. 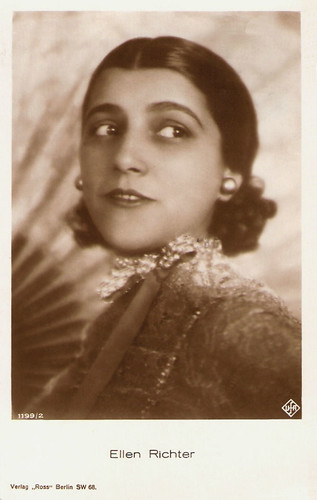 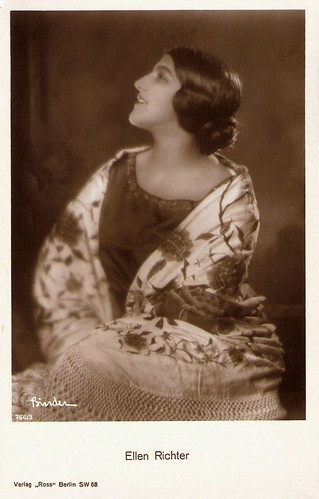 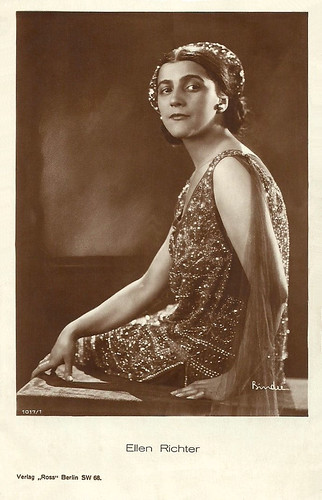 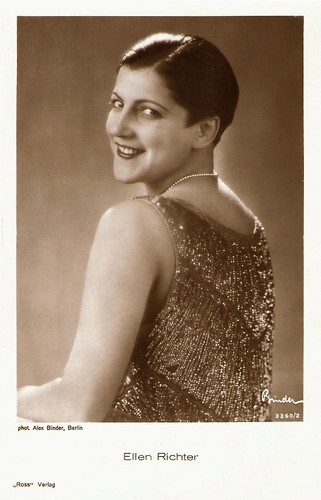 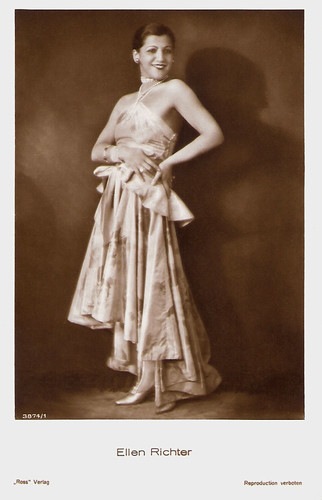 Sensation and Adventure Films
Ellen Richter was born Käthe Weiss in 1893 in Vienna, Austria-Hungary (now Austria). She studied acting with Ferdinand Gregori at the Akademie für darstellende Kunst. In 1915 she conquered European audiences with sensation and adventure films like the Joe Deebs detective film Das Gesetz der Mine/The Law of the Mine (1915, Joe May) starring Max Landa. She became in no time a competitor of action star Harry Piel in films like Der Ring des Schicksals/The Ring of Fate (1916, Richard Eichberg), Der Spion/The Spy (1917, Karl Heiland), and Der Flieger von Görz/The Aviator of Gorizia (1918, Georg Jacoby) starring Harry Liedtke. These films had enormous success. In 1920 Ellen Richter founded her own production company, Ellen Richter Film, together with her later husband Willi Wolff. From then on, he directed and wrote, and she produced and acted in films tailored to her. She soon had the reputation that her films always contained an expensive excursion to exotic locations. 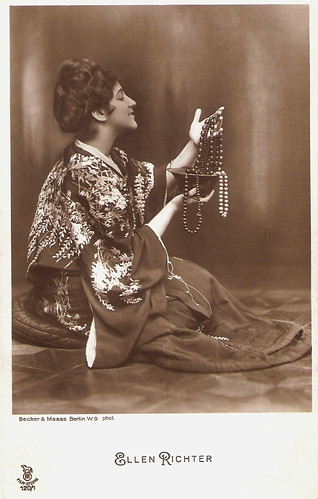 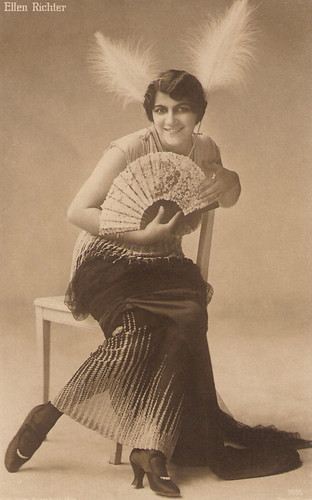 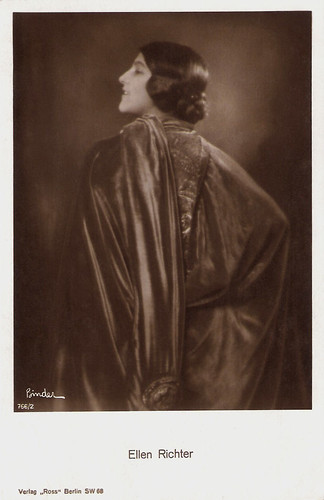 The Nerveless Woman
Ellen Richter was able to hold her popularity well till the end of the 1920's. She appeared in films like Lola Montez, die Tänzerin des Königs/Lola Montez, the King's Dancer (1922, Willi Wolff) with Georg Alexander, Der Flug um den Erdball/The Flight Around the Globe (1925, Willi Wolff), Moral (1928, Willi Wolff) and Die Frau ohne Nerven/The Nerveless Woman (1929, Willi Wolff) opposite Walter Janssen. In 1923 she had married Willi Wolff. In the 1930’s Richter only played in a few films such as Die Abenteurerin von Tunis/The Adventuress of Tunis (1931, Willi Wolff) and Das Geheimnis von Johann Orth/The Secret of Johann Orth (1932, Willi Wolff) with Karl Ludwig Diehl, before she retired from the film business. Her last film was the crime comedy Manolescu, der Fürst der Diebe/Manolescu, King of Thieves (1933, Georg C. Klaren, Willi Wolff) starring Iván Petrovich. The rise of the Nazis finished her film career. The Jewish Richter was forbidden to produce more films and was in 1938 excluded from the Reichsfilmkammer. During the Second World War she lived in foreign countries. After her return to Germany she worked again in film production, but now on a small scale. Ellen Richter died in 1969, in Düsseldorf, West Germany. Willi Wolff had passed away in 1947. 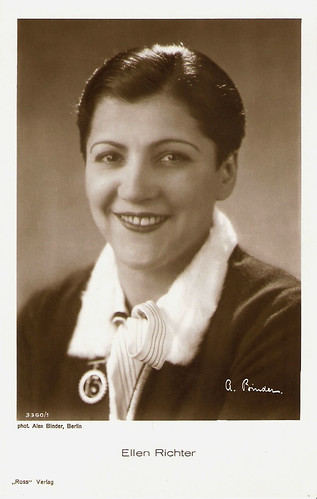 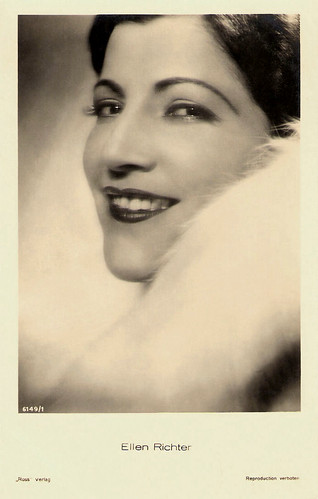 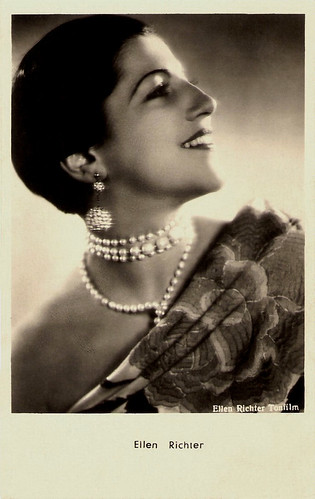