French singer, tapdancer and actress Irène de Trébert (1921 - 1996) was one of the swinging idols of the Zazou Generation. 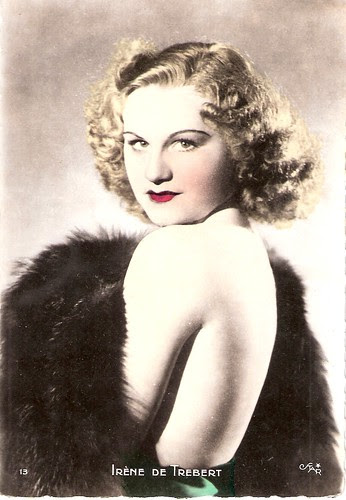 Mademoiselle Swing
Irène de Trébert was born in 1921 aboard the cruise-liner Pierre-le-Grand. Already at the age of 5, she was dancing at the Opera, and at 7, she danced for the French president Doumergue, as well as at the legendary Gaumont-Palace. Soon she started a singing career, with children songs as J'ai du bon tabac. Attracted by jazz and swing, she went to the United States in 1935 and became a star dancer in the Fisher ballet. Returned to France, she debuted as a film actress in the film Trois artilleurs à l'opéra/Three gunners at the opera (1938, André Chotin). The same year, she won the first prize in a music hall contest at Radio-Cité with the song Quand un petit oiseau. She also started to appear in cabaret, first with René Goupil, then with Maurice Chevalier. In the autumn of 1940 she recorded the song Si vous aviez un ascenseur and in 1941 she became a singer in Raymond Legrand's orchestra. Her career rocked and she recorded her hit song Mademoiselle Swing, title song of the film Mademoiselle Swing/Miss Swing (1941, Richard Pottier), in which De Trébert and Legrand & his orchestra had main roles. Legrand (the father of composer Michel Legrand) and De Trébert married the year after, and later had a son, Michel-Patrick. 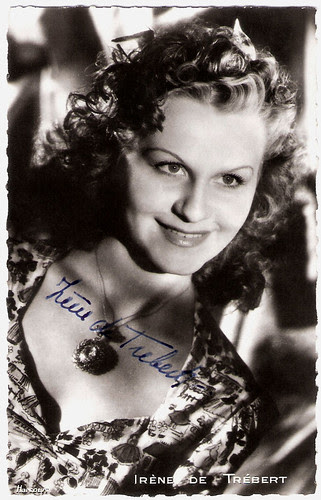 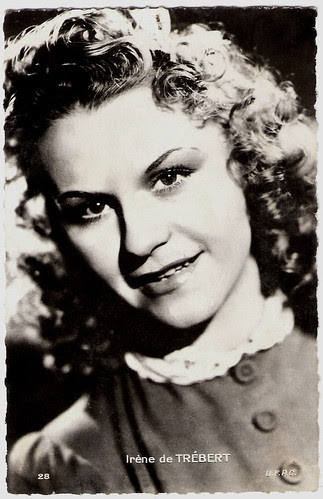 The Zazou Generation
In 1942 Irène de Trébert launched the song Je t'aime, an adaptation of Swing 39 by Django Reinhardt and Stephane Grappelli; and in 1943 followed La guitare à Chiquita. Trebert and Legrand were extremely popular with the so-called Zazou generation, the jazz and swing loving, non-conformist generation during the occupation. The Zazou's mocked society by wearing oversized clothes and long hair as a reaction to the government's rationing of textile. Women wore short skirts, striped stockings and shoes with large soles, men large lumber jackets following the American Zoot Suit fashion of a few years earlier. They wildly danced to swing and bebop. Around 1942-1943 right-wing protests against the Zazou's rose to a point that round ups occurred, Zazou's were beaten up by young fascists, arrested and sent to the countryside. After that the movement went underground. De Trébert and Legrand often performed for Radio-Paris, which on one side mocked swing as it was the official and German way to consider it degenerate, and on the other side Radio-Paris tried to satisfy the younger generation. Legrand kept in line with the official parties by performing 'politically correct' traditional children songs for Radio-Paris. When France was liberated in november 1944, De Trébert was sentenced to 10 months of suspension. What had not helped the couple's reputation, was that both had joined a tour in Germany in 1942, together with Maurice Chevalier, Charles Trenet and Tino Rossi. 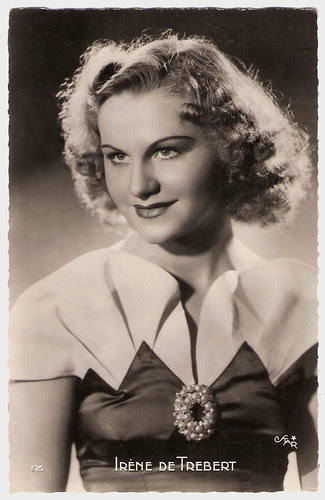 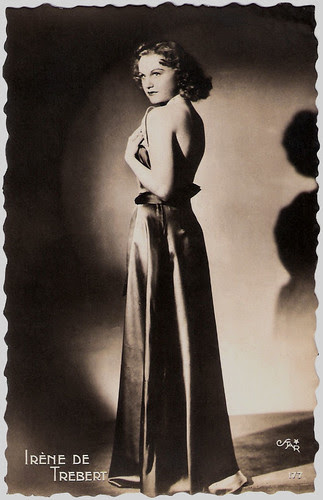 Operetta and films
In 1945 Irène de Trébert divorced Legrand and took to operetta, together with André Claveau. She also turned to film again. She sang the songs of leading actress Lilia Vetti in Le gardian/The Guardian (1945, Jean de Marguenat), and then played herself in the short Boite de nuit/Nightclub (1946, Jean Devaivre). In 1950-1951, she played in several films: with Roger Nicolas in Le roi du bla bla bla/The King of the Bla Bla Bla (1950, Maurice Labro); with Pierre Cressoy in Duel à Dakar/Duel in Dakar (1951, Claude Orval, Georges Combret); with Pierre Larquey in Monsieur Octave/Mr. Octave (1951, Maurice Téboul); with Ginette Garcin in Musique en tête/Music Alive (1951, Claude Orval, Georges Combret), and with Jean Richard in the short La garçonnière/The Apartment (1951, Claude Orval). Her last film was the comedy Ce coquin d'Anatole/This rogue of Anatole (1952, Émile Couzinet) with Armand Bernard. Music Man writes at his blog Movie-Musical-World: "a nice surprise. Admittedly, this is filmed theater, there is no idea of ​​mise-en-scene at all, but the actors, including Irène are very funny. Sure, this is not refined, but the target is reached: we laugh wholeheartedly." After that she retired and opened a dancing school. Her music was heard again on the soundtrack of Louis Malle's classic film Lacombe Lucien (1973). Irène de Trébert died in 1996 in Saint-Jean-de-Luz in the south of France. 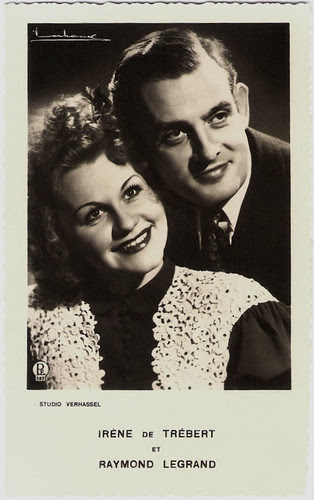