Fernand Gravey (1905-1970) was an elegant Franco-Belgian stage, screen, and television actor, successfully working in Belgium, France, England, and Hollywood. He was also a war hero, who was active as a member of the French Intelligence and in particular for the Foreign Legion during the Second World War. 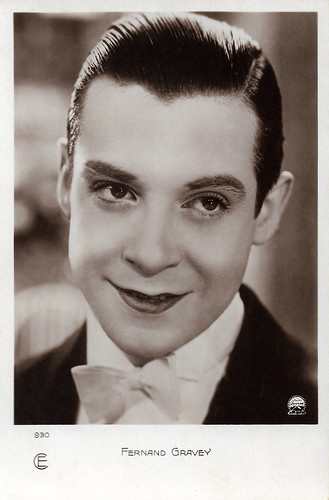 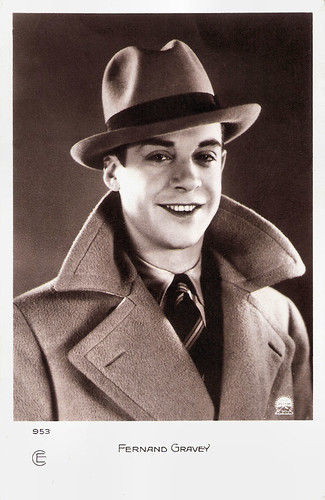 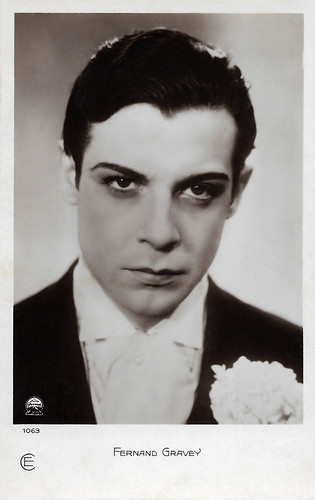 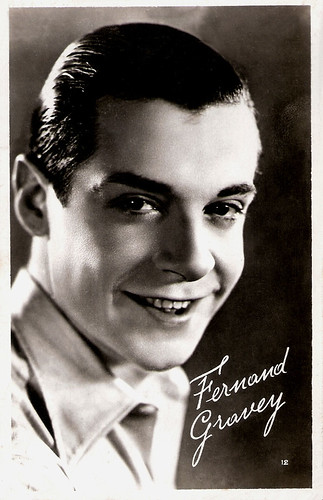 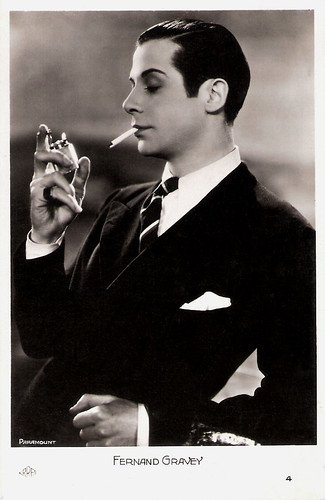 Gentleman of the Screen

Fernand Gravey was born as Fernand Maurice Noël Martens in Ixelles, Belgium in 1905. While his mother, Fernande Depernay, had been Alfred Machin’s favorite actress in the films he directed at the Belge Cinéma Film (a subsidiary of Pathé), Gravey’s father, Georges Mertens, was not only an actor but also the director of the Théatre des Galeries in Brussels.

Little Ferdinand started to act already at the age of five, under the direction of his father. In 1913-1914 he performed as a child actor in five films by Machin.

In 1914 he played alongside his parents the role of young Jefke in La Fille de Delft/A Tragedy in the Clouds (Alfred Machin, 1914), which costarred an also very young Blanche Montel.

Still, prior to the First World War, Mertens travelled to Britain. There he started to get interested in the stage and became sportive and a passionate horse rider. He also perfected his English, which would become an important asset in his international career and shaped his image as a gentleman of the screen.

During the First World War, he went into the British Merchant Marine Corp. In the late 1920s, he went to Paris where he took the nom de plume of Fernand Gravey.

He became known in vaudeville, alongside such female partners such Arletty, Jane Renouardt (whom he married in 1928 according to Wikipedia; IMDb dates it 1936), and Cora Lynn (later known as Edwige Feuillère).

Gravey’s debut in sound cinema came in 1930 with his role as Armand Petitjean in the comedy L'amour chant/Love Songs (Robert Florey, 1930), one of the several films made at the Paris sound studio of Paramount. 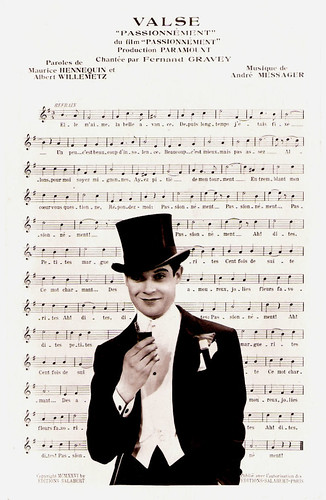 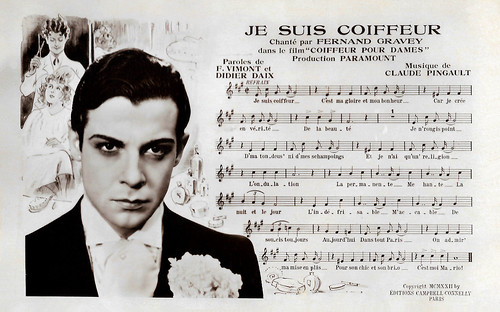 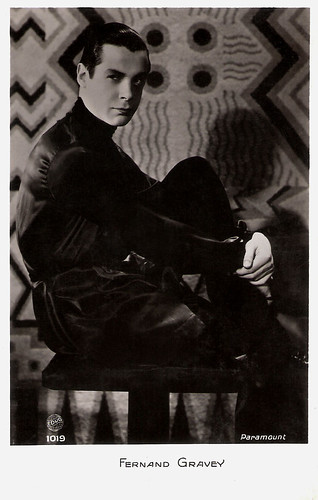 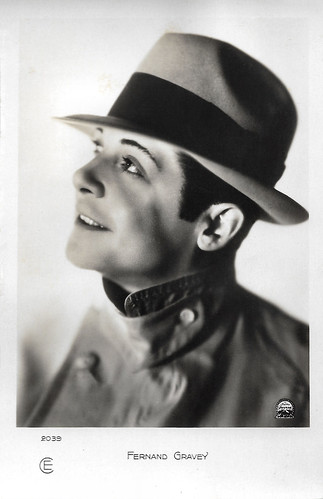 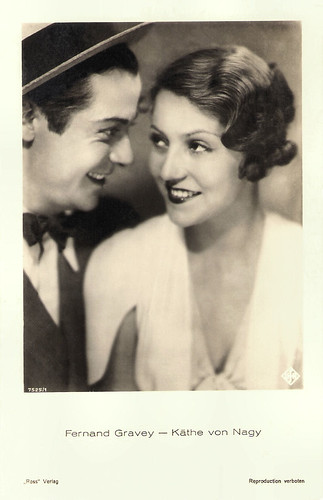 One of the Best Paid Hollywood Stars

For years, Fernand Gravey was the smiling, refined actor in boulevard comedies on screen. A typical example is the Ufa comedy À moi le jour, à toi la nuit/To me the day, to you the night (Ludwig Berger, Claude Heymann, 1932) with Käthe von Nagy. This was the French version of Ludwig Berger’s Ich bei Tag und du bei Nacht (1932) with Willy Fritsch.

This success provided Gravey with the leading roles in two British comedies directed by Herbert Wilcox, Bitter Sweet (1933), and The Queen's Affair (1934), both co-starring Anna Neagle. The success of both films made Gravey a British star, while Hollywood got also interested in his talents.

Gravey first went back to France, where he continued his career in such films as the circus drama Variétés/Variety (Nicholas Farkas, 1935), which co-starred Jean Gabin and Annabella.

In 1936 Gravey was finally won over to leave for Hollywood but instead of a studio contract, he signed an exclusive contract with director Mervyn LeRoy. In Hollywood, he changed his name to Fernand Gravet and according to Wikipedia, Gravet became the focus of an extravagant publicity campaign, instructing the American public to pronounce his name properly: "Rhymes with 'Gravy'".

He debuted in a Warner musical comedy The King and the Chorus Girl (Mervyn LeRoy, 1937), based on a script by Groucho Marx and Norman Krasna. The roles offered to him were rather standard. He acted in another Warner comedy, Fools for Scandal (Mervyn LeRoy, 1938), which starred Carole Lombard, and featured music by Richard Rodgers and Lorenz Hart, but the film was not very successful.

In the same year, Gravey signed a contract with MGM and obtained the role of Johann Strauss II in Julien Duvivier’s The Great Waltz (1938), an epic and romantic biopic of the Austrian composer and conductor. Gravey did a splendid performance as Strauss, with Luise Rainer as his sweet wife Poldi Vogelhuber and Miliza Korjus playing his mistress Carla Donner. The super-production was a big success and turned Gravey/Gravet into one of the best-paid stars in Hollywood. 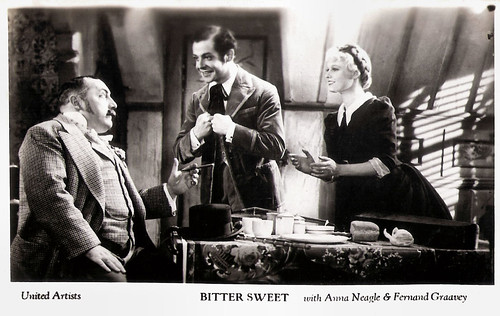 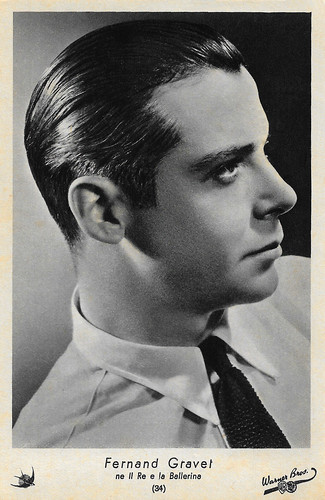 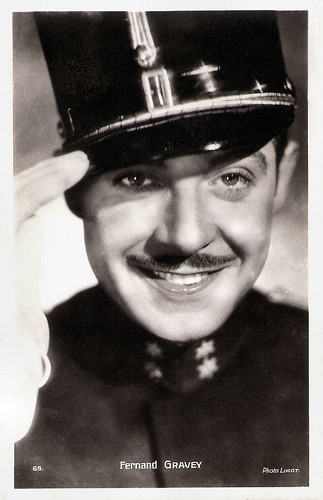 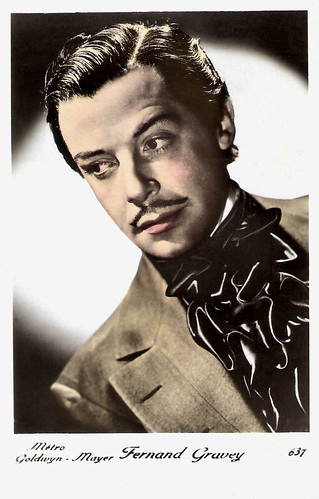 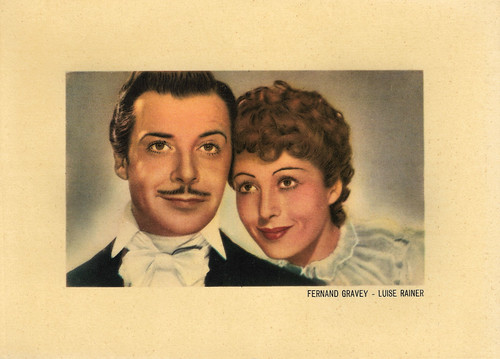 Despite his American success, Fernand Gravey longed for France and returned in 1939, shortly before the German Occupation. He acted in the French film noir Le dernier tournant/The Last Turn (Pierre Chenal, 1939), the first of the four film adaptations of James M. Cain’s 'The Postman Always Rings Twice', which co-starred Corinne Luchaire as Cora and Michel Simon as Nick.

Although he had agreed to star in these German-approved French films, Gravey was also an underminer of the Nazi invaders and was involved at the front of the Second World War. He worked for the French Intelligence and in particular for the Foreign Legion, under his real name, Fernand Mertens.

With the Legion he participated in military campaigns in France and Germany, receiving honorary dismissal in 1945, with the grade of reserve lieutenant. He also became a French citizen and in 1952 Gravey was awarded the title of Première Classe d'Honneur of the Foreign Legion.

After a gradual return to the screen, Gravey had an excellent opportunity to excel in the daring and sophisticated La ronde (Max Ophüls, 1950), based on Arthur Schnitzler’s play Reigen. He played Charles Breitkpof, the frivolous and mature seducer who is, on his turn, cheated by his wife Emma (Danielle Darrieux).

In the same year, Gravey returned to the stage for Harvey by Mary Chase. All during the 1950s, he alternated the stage with the screen, often playing the elegant gentleman and reckless bon-vivant. In 1954 he also appeared as Molière in Sacha Guitry’s historical super-production Si Versailles m’étais conté/Royal Affairs in Versailles (1954).

While he continued his career on stage, his screen roles became rarer in the 1960s. Among his last English language performances were How to Steal a Million (William Wyler, 1966) starring Audrey Hepburn, La Bataille de San Sebastian/Guns for San Sebastian (Henri Verneuil, 1968) and the Jean Giraudoux adaptation La Folle de Chaillot/The Madwoman of Chaillot (Bryan Forbes, 1969), in which Gravey played the police inspector.

Gravey did his last screen performance in the crime story L’Explosion/The Hideout (Marc Simenon, 1971), which was released after his death. In 1970, Fernand Gravey died of a heart attack in Paris. His wife, former silent film actress Jane Renouardt survived him only two years. 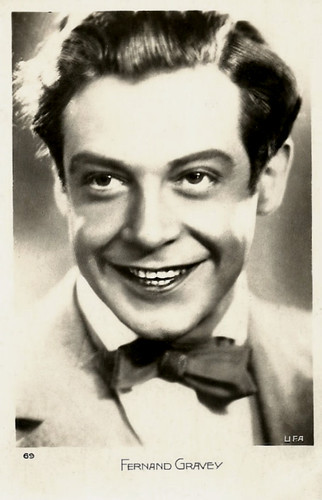 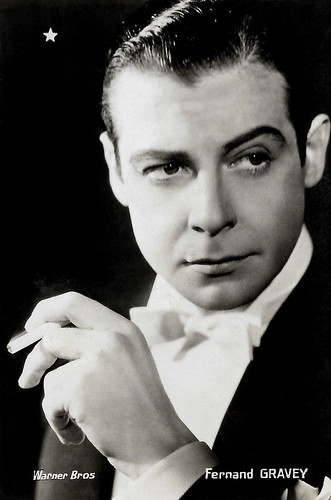 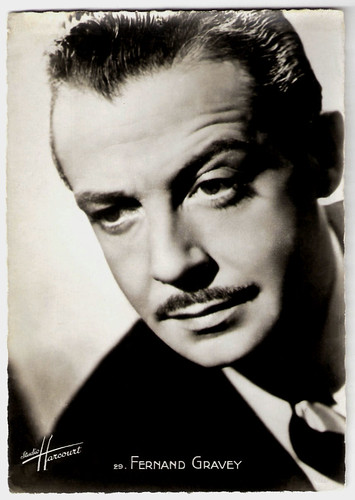 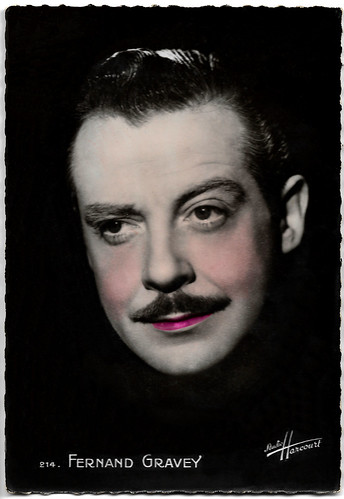 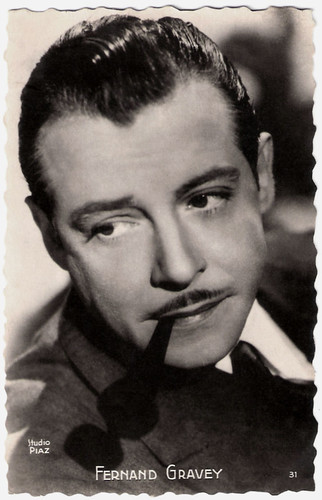 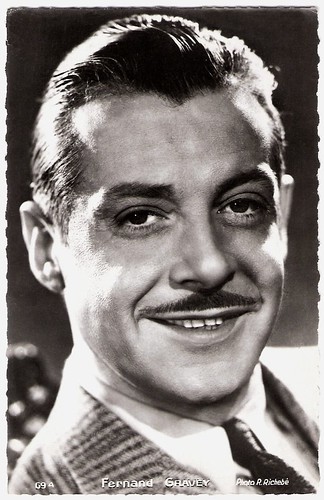 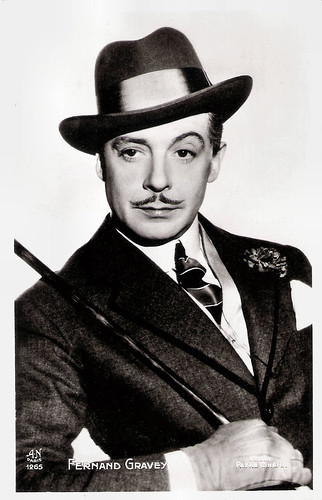