Swedish Siw Malmkvist (1936) is a popular Pop and Schlager singer in Scandinavia and Germany. ‘Siwan’ was also the first Swede with a hit on the US Billboard chart with 'Sole Sole Sole', a duet with Umberto Marcato. Malmkvist is a performer with great versatility, and she performed in stage plays, musicals and films. 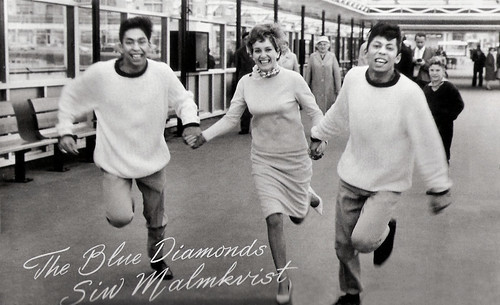 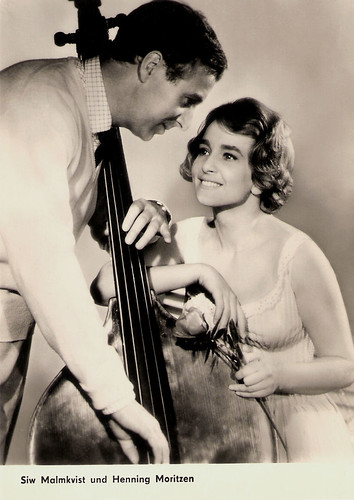 
Siw ‘Siwan’ Gunnel Margareta Malmkvist was born in the village of Landskrona, Skåne County, Sweden in 1936. She was the the youngest child of Sigrid and Albert Malmkvist, a factory worker. She had eight siblings, and her early childhood was marked by World War 2. Although Sweden was a neutral country, the risk of invasion was felt acutely in Landskrona, located only 22 km from the Danish capital on the other side of Öresund. Albert Malmkvist was called up as a soldier.

In 1955, the 18-year-old Malmkvist won a talent show, which resulted in her being hired as a singer by Arne Domnérus. Her first recording, 'Tweedle Dee', was released in the same year. She was signed by the record company Metronome in 1958, being touted as the new Alice Babs, and in 1959 she became a TV host, in the entertainment Stora Famnen created by Lennart Hyland.

Malmkvist had her breakthrough at the Melodifestivalen, Sweden's qualifying contest for the Eurovision Song Contest, where she participated several times. She won both the first and the third edition of the festival. At the third edition, Malmkvist won with the song April, april. However, Sveriges Radio selected Barbro ‘Lill-Babs’ Svensson to represent Sweden in Cannes, because Malmkvist got the giggles every time she was whistling in the song.

In turn, she represented Sweden at the Eurovision Song Contest 1960 in London with Alla andra får varann (All the others get each other), a song originally performed by Östen Warnerbring and Inger Berggren respectively in the Swedish pre-selections. The song received 4 points, placing 10th in a field of 13.

In 1959 she already had become known in West-Germany with the song Augustin and three years later she was second at the Schlagerfestival with 'Die Wege der Liebe' (The Ways of Love). In 1964, she had a number one hit in West Germany with 'Liebeskummer lohnt sich nicht' (Lovesickness is Not Worthwhile).

That same year, she also had a hit in the US with 'Sole Sole Sole', a duet with Italian singer Umberto Marcato. A full decade before ABBA, she was the first Swede to have a hit on the US Billboard chart.

In 1969 Malmkvist returned to Eurovision. She then performed the West-German entry, Primaballerina, in Madrid. Incidentally, she finished shared 9th with the Swedish entry 'Judy, min vän, sung' by Tommy Körberg. Most recently she participated in 2004 at the Melodifestivalen. Together with Towa Carson and Ann-Louise Hanson she sang the song 'C'est la vie', which finished 10th. 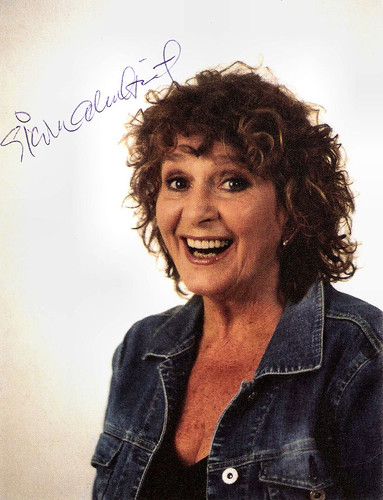 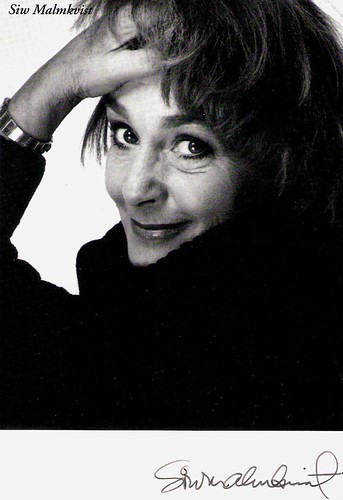 
Siw Malmkvist made her film debut in 1960 in the Danish romance Forelsket i København/In love in Copenhagen (Finn Henriksen, 1960) with Henning Moritzen.

There was a break in her career, in which she amongst other things worked as a secretary. Her first new screen appearance was in 1979 in the Swedish TV-series Trolltider/Magic Times (Christina Lagerson, 1979). The following year she successfully played 9-year-old Pippi Longstocking in the popular children musical production of Astrid Lindgren's 'Pippi Långstrump' (Pippi Longstocking). On stage, she also appeared as Sugar in the musical version of 'Some Like It Hot' and she played the part of Luisa in the original Swedish - and European - production of Maury Yeston's musical 'Nine' in 1983.

In the cinema she had a supporting part in the crime comedy Varning för Jönssonligan/Beware of the Jönsson Gang (Jonas Cornell, 1981) starring Gösta Ekman, the grandson of the famous silent film star. On Swedish TV, she appeared in the mini-series Hemma hoz/Home hoz (Birgitta Götestam, 1985).

Other films in which she appeared were the family film Pelle Svanslös och den stora skattjakten/Pelle and the great treasure hunt (Mikael Ekman, 2000) and the comedy-drama Så olika/So different (Helena Bergström, 2009). In 2002 she appeared as the Mother in Hasse Alfredson's stage play 'Lille Ronny' at Maximteatern.

With actor Thorsten Flinck, she made a popular Swedish cover of Nick Cave and Kylie Minogue's 1995 hit Where the Wild Roses Grow. Together with Wencke Myhre and Gitte Hænning she made a comeback tour in 2004.

In 2008/2009, she played the part of Fräulein Schneider in the musical 'Cabaret' at Stockholms Stadsteater. And she was seen in the short film Getingdans/A Sting of Maud (David Färdmar, 2011).

During her long career, she had some 40 hits on Swedish radio chart Svensktoppen and 20 on the German singles chart. Altogether she recorded about 600 songs and throughout the past five decades she has made recordings in ten different languages: Swedish, Danish, Norwegian, Finnish, Dutch, German, English, French, Italian and Spanish. This makes her one of the most productive and successful Swedish female singers ever.

Siw Malmkvist is married to actor Fredrik Ohlsson and has two children. She lives with her husband in Stockholm. She was previously married to Lasse Mårtenson.