Beautiful and intelligent actress Vittoria Lepanto (1885-1965) was active in the Italian silent cinema. She became one of the first film divas, but now she seems to be forgotten. 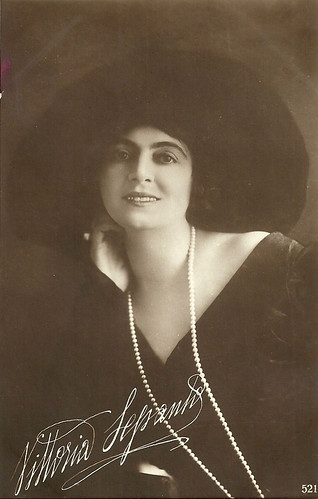 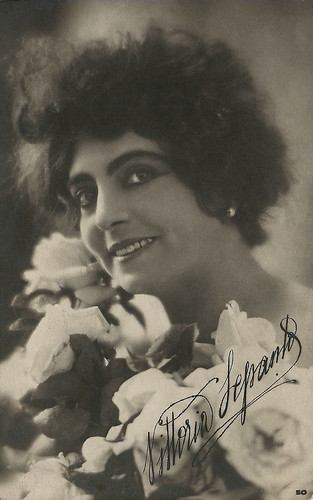 
Vittoria Lepanto was born as Victoria Clementina Proietti in Saracinesco in 1885. She was the fourth of five children of Fortunato and Virginia Proietti. When her father died, her mother sold the house and moved to Rome to work in a wealthy family. She placed her children in institutional care.

Vittoria's stage name was chosen by the author Gabriele D'Annunzio, who was probably inspired by the battle of Lepanto of 1571.

She also appeared in La signora dalle camelie/Camille (Gerolamo Lo Savio, 1909) with Lepanto as Marguerite Gauthier and Alberto Nepoti as Armand, based on Alexandre Dumas fils' classic stage play La dame aux camélias, which in its turn was the basis for Verdi's classic opera La traviata.

In the next years followed Marozia (Gerolamo Lo Savio, 1911) with Lepanto as a scheming princess in medieval Rome, and I carbonari/The Carbonari (Gustavo Serena, 1912) with again Francesca Bertini in a supporting part. 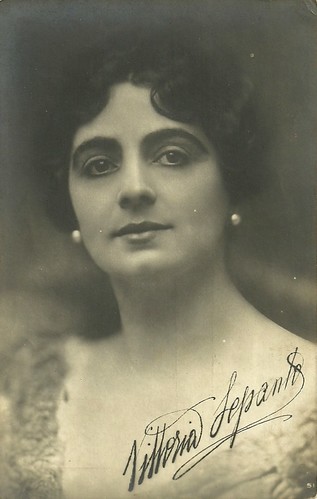 Italian postcard by Fotoclere, Torino, no. 51.

Crisis in the Italian Film Industry


During the First World War, Vittoria Lepanto continued her career in the Italian silent cinema.

In 1918, she played the role of Elena Muti in the film Il piacere/The pleasure (Amleto Palermi, 1918) opposite Enrico Roma as Andrea Sperelli. The plot of the film was based on the novel by Gabriele D'Annunzio. In this film she was credited as Vittorina Lepanto.

In the 1920s there was a crisis in the Italian film industry and Vittoria Lepanto retired from the cinema. Her final film was the drama L'amico/The Friend (Mario Bonnard, 1921), in which she co-starred with Mario Bonnard. 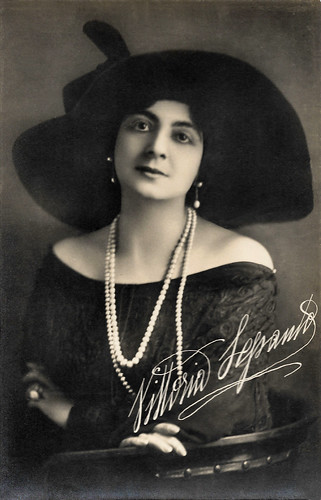 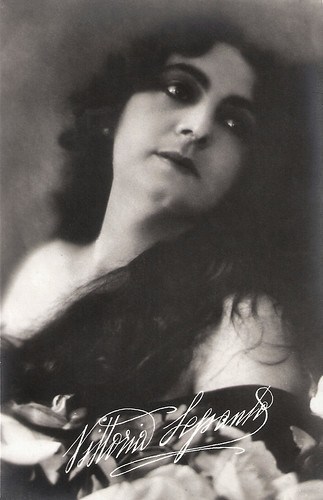