Handsome Dutch actor Willy Castello (1910-1953) was a typical example of single luck. As an extra and supporting player he appeared in films all over the world, but he had his only real success in the Netherlands as one of the tars in the Dutch classic De Jantjes/The Tars (1934). 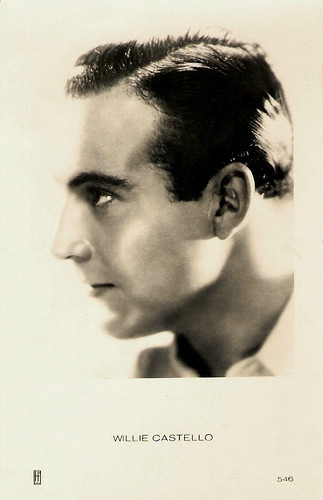 
Willy Costello (later Castello) was born as Willy Leo Cats in Amsterdam in 1910.

In 1929 he moved to Berlin for a film career. He made unsuccessful attempts, but producer Joe May gave him some work as an extra in films made by the Ufa. (IMDb credit him also with some American films, but these were probably made by the American actor William Costello who was the voice of Popeye in the 1930s).

Ironically he had his big turn in his homecountry as one of the lead actors in De Jantjes/The Tars (Jaap Speijer, 1934). With Jan van Ees and Johan Kaart Jr, Costello played one of the three tars of the title, who are returning to Amsterdam from conscription service at the Royal Navy.

De Jantjes was only the second Dutch sound film and it was based on a popular Jordaan play (a play set in an old neighbourhood of Amsterdam, the Jordaan) by Herman Bouber, which was already filmed in 1922.

The new sound version has nice camera work by Henk Alsem and Akos Farkas and a couple of classic Dutch songs. De Jantjes was a huge box-office hit at the time and is now seen as one of the classics of the Dutch cinema. 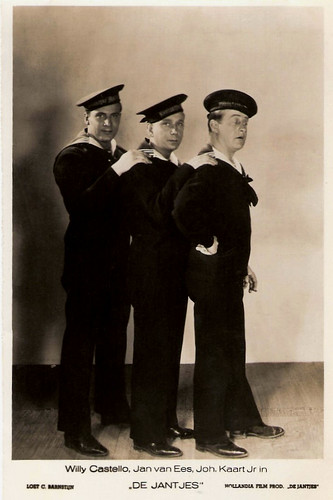 
Despite the huge success of De Jantjes, Willy Costello decided to move on. He was in London for a possible engagement when one of the scouts of Universal invited him to come to Carlsbad, where Carl Laemmle Sr. contracted him and announced him as 'the new Rudolf Valentino'.

His first film, Within the Present with Margaret Sullavan,  was canceled in October 1934, and his contract was not extended by mutual agreement. He stayed on free lance basis in Hollywood, but he only could play uncredited parts in such mediocre films as The Affair of Susan (Kurt Neumann, 1935) with Zasu Pitts.

In 1935 he had married Joan St. Clair, daughter of an Australian farmer from Walcha. They went on a honeymoon tour to Japan, Hong Kong, Singapore and Java. On Java he promoted De Jantjes and did several gigs as a singer and comedian. From Australia he went to England in 1936, where he reportedly worked on some films.

In 1937 he resumed his film career in America where he also worked as a model. His films include the abortion drama Race Suicide (S. Roy Luby, 1937) and the prostitution exposé The Wages of Sin (Herman E. Webber, 1938) opposite Constance Worth.

In 1945 he moved to Germany where he helped the U.S. Army to liberate camps and helped to clean up the German theatre. He was stationed in Stuttgart and he played an uncredited role in Man on a Tightrope (Elia Kazan, 1953), which was filmed in Germany. It was to be his last film role.

That year Willy Castello died of heart failure during a visit to Munich, Germany. He was only 42. 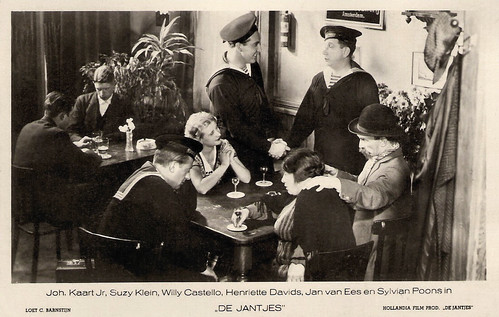