Jaque Catelain (1897 - 1965) was one of the most well-known faces of the French silent cinema. In the early 1920's he was a popular jeune premier or romantic lead. He was the partner of avant-garde director Marcel L'Herbier. 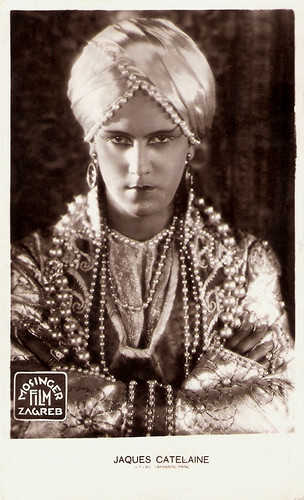 French postcard by Cinémagazine, no. 179. 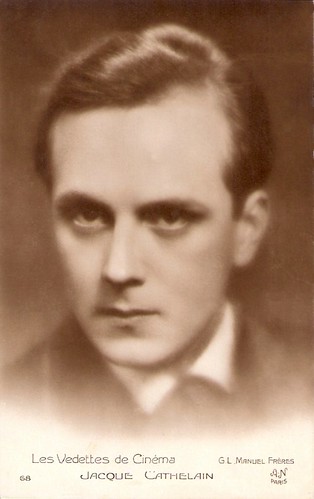 Fixed Actor
Jaque Catelain, also written Jaque-Catelain, Jacques Catelain and Jacque Cathelain, was born as Jacques Guerin-Castelain in Saint-Germain-en-Laye, France, in 1897. His father was the mayor of Saint-Germain-en-Laye, and also moved in literary and theatrical circles. This allowed the young Jacques to encounter many famous names in his childhood, including Anatole France, Sarah Bernhardt, and Gabrielle Réjane. He showed early enthusiasm for the arts and music, and at the age of 16 he entered the Académie Julian in Paris to study fine arts. With the outbreak of the First World War in the following year, he changed direction and chose to study acting at the Conservatoire. He enrolled in the class of Paul Mounet, byt was then mobilised into the artillery. In 1914 Catelain also met Marcel L'Herbier, then a writer and critic. L'Herbier became a major influence on his life and career, and they formed a lifelong friendship. Jaque made his film debut with a film written by L'Herbier, Le Torrent/The Torrent (1917, René Hervil, Louis Mercanton). He then starred in L'Herbier's first completed film, Rose-France (1918, Marcel L'Herbier). Although the film received poor reviews, Catelain became Marcel L'Herbier's fixed actor in the silent era. 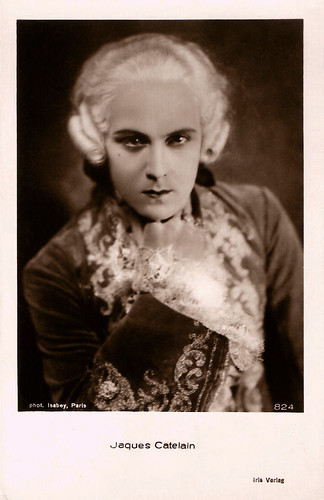 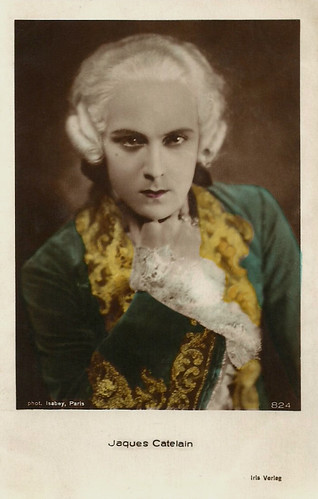 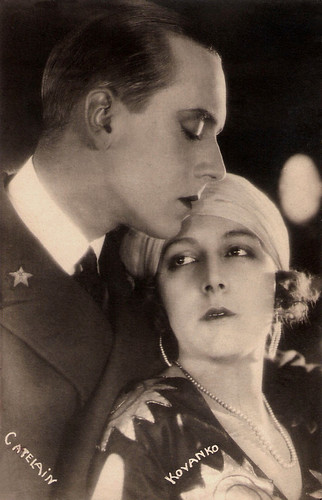 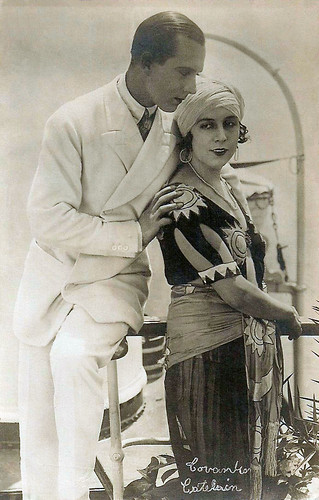 Good looks of a rather bland and pretty kind
He starred in 12 of the silent films of avant-garde master L'Herbier, including L'homme du large-Man of the Sea (1920, Marcel L'Herbier) with the young Charles Boyer, Eldorado (1921, Marcel L'Herbier), L'Inhumaine/The New Enchantment (1924, Marcel L'Herbier) and Feu Mattia Pascal/The Late Mathias Pascal (1924, Marcel L'Herbier). According to Wikipedia, his good looks were of a rather bland and pretty kind which did not commend him so much to later audiences, and he was often criticized for wooden and inexpressive performances. Some contemporary critics however, notably Louis Delluc, saw his restrained and economical technique as a significant development away from the exaggerated theatrical acting which was still common in films, and praised the sincerity and natural quality of his performances. Catelain not only acted in L'Herbier's films, but he also devised controversial make-up for some of the actors in L'Inhumaine, and his artistic skills were put to further use in two set designs for L'Argent. These films made Catelain into a leading star who was in demand to appear in foreign films as well as in productions of other French directors such as Léonce Perret's lavish production Koenigsmark/The Secret Spring (1923, Léonce Perret) with Huguette Duflos. In 1922 he was working in Munich under contract to a German film company and he returned there in 1925 to appear in Robert Wiene's (silent) production of Der Rosenkavalier (1925). Also in 1925 he was offered a seven-year contract by MGM to work in America, but he turned this down. Under the aegis of L'Herbier's production company Cinégraphic, he directed two silent films himself: Le marchand de plaisirs/The Pleasures Merchant (1923, Jaque Catelain), shot at Le Touquet, and La galerie des monstres/Gallery of Monsters (1924, Jaque Catelain) with Jean Murat, shot in Spain. 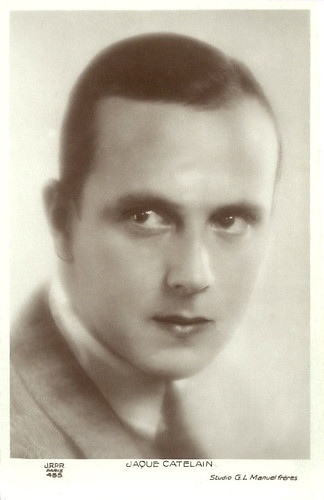 Reporter in Hollywood
With the advent of sound, Jaque Catelain first continued to play leads, mostly in L'Herbier's early sound films. After L'Herbier's La Route Imperiale/The Imperial Road (1935, Marcel L'Herbier) with Käthe von Nagy Catelain continued to play, e.g. in Jean Renoir's La Marseillaise/The Marseillaise (1938) with Pierre Renoir, but his parts became smaller. More and more he worked on the stage. In the late 1930's, he was also sent to Hollywood as a reporter for the French daily Journal, to interview Charlie Chaplin, Josef von Sternberg and Erich von Stroheim. At about the same time Catelain married Suzanne Vial, a friend since childhood who had become a production assistant to L'Herbier in the 1920's and continued working with him until 1944. In May 1940, Catelain left France for a four-month theatrical tour of South America, but within a month France was occupied by the Germans and his absence lasted for six years. He worked as a stage actor in Montreal and dubbed films for MGM in Hollywood. After the liberation, he found only bit parts in American films. In 1946, back in France he only played minor roles in films by L'Herbier such as Les derniers jours de Pompeii/The Last Days of Pompeii (1950, Marcel L'Herbier, Paolo Moffa). Bit parts (partly uncredited) followed in films by Jean Renoir, French CanCan/Only the French Can (1954, Jean Renoir), Elena et les hommes/Elena and Her Men (1956, Jean Renoir) and the TV film Le Testament du Dr. Cordelier/The Doctor's Horrible Experiment (1959, Jean Renoir). In 1950, Catelain published a book on his 'mentor', Marcel L'Herbier. Jaque Catelain died in 1965, Paris, France. 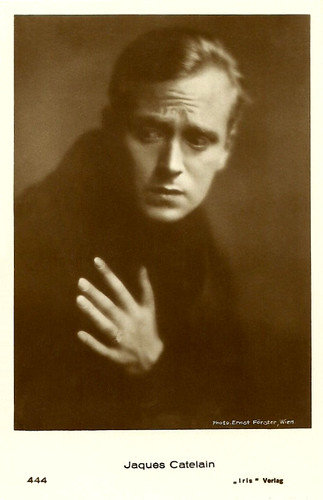 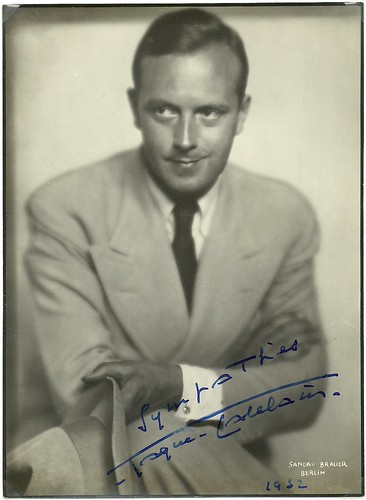