British actor Alan Bates (1934-2003) forged his name on the West End stage in John Osborne's Look Back in Anger in 1956. He also appeared in 50 films and 33 television productions, and for each role he created a three-dimensional, unique person. With few exceptions, the talented and versatile Bates performed in premium works, guided by a pure love of acting rather than by box office. 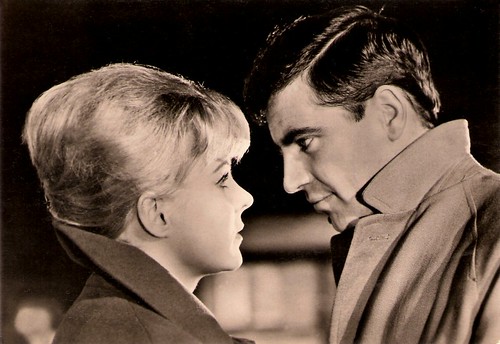 Angry Young Men
Alan Arthur Bates was born in Allestree, England in 1934. He was the eldest of three sons of Florence Mary (née Wheatcroft), a homemaker and a pianist, and Harold Arthur Bates, an insurance broker and a cellist. Both of his parents were amateur musicians, and encouraged him to pursue music, but at age 11, Alan decided to be an actor. After grammar school in Derbyshire, he earned a scholarship to the Royal Academy of Dramatic Arts in London. Following two years in the Royal Air Force, he made his professional theater debut with the Midland Theater Company in central England in 1955. He joined the new English Stage Company at the Royal Court Theatre, and at 22, he made his West End debut in The Mulberry Bush (1956), which was also the company's first production. In the same year Bates appeared in John Osborne's Look Back in Anger, a play that gave a name to a generation of postwar ‘angry young men’. Along with Albert Finney, Richard Harris, Peter O'Toole and Tom Courtenay, Bates was one of the pioneers in the ‘kitchen sink’ drama revolution that overtook the London theater in the 1950’s: angry young men - writers, actors and directors and their creations - rebelling against postwar England's middle-class values. Look Back in Anger made Bates a star and launched a lifetime of his performing in works written by great modern playwrights - Harold Pinter, Simon Gray, Peter Shaffer and Tom Stoppard (as well as such classic playwrights as Anton Chekhov, Henrik Ibsen, August Strindberg and William Shakespeare). His film debut was playing one of Laurence Olivier’s sons in The Entertainer (1960, Tony Richardson). Bates played his first lead two years later in A Kind of Loving (1962, John Schlesinger), in which he and June Ritchie played a couple trapped in their working-class life in Manchester. He starred alongside Anthony Quinn as the young English writer, Basil, in the film for which he will always be remembered, Alexis Zorbas/Zorba the Greek (1964, Michael Cacoyannis). Another popular success was the 'Swinging London' comedy-drama Georgy Girl (1966) with Lynn Redgrave. Throughout the 1960's he starred in several major films including as a fugitive in Whistle Down the Wind (1961, Bryan Forbes), as a suburban social climber who doesn't stop at murder to secure Nothing But the Best (1964, Clive Donner), in Le roi de coeur/King of Hearts (1966, Phillipe de Broca), and in Far From the Madding Crowd (1967, John Schlesinger). His role opposite Dirk Bogarde in The Fixer (1968, John Frankenheimer), from a novel by Bernard Malamud, earned him an Academy Award nomination for Best Actor. In 1969, he became the first actor to do frontal nudity in a major studio film during an infamous wrestling session with Oliver Reed in Women in Love (1969, Ken Russell). 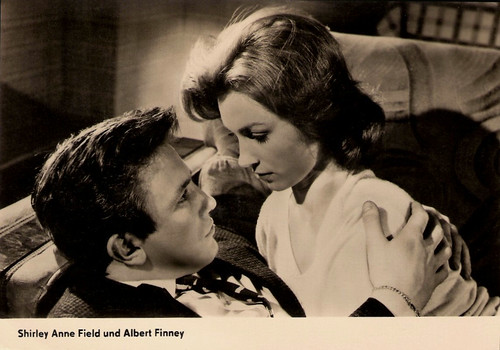 Versatility
Alan Bates began the subsequent decade on a very positive note, cast alongside Julie Christie as illicit lovers in The Go-Between (1971, Joseph Losey). He was handpicked by director John Schlesinger to star in the film Sunday Bloody Sunday (1971) in the role of Dr. Daniel Hirsh. Bates was held up filming The Go-Between, and had also become a father around that time, and so he had to pass on the project. The part then went first to Ian Bannen, who balked at kissing and simulating sex with another man, and then to Peter Finch, who earned an Academy Award nomination for the role. His versatility was again shown as the lead in Simon Gray's Butley, a stage comedy about the emotional and psychic disintegration of an English literature professor. Bates originated the character on a London stage in 1971, did a reprise on Broadway in 1972, winning his first Tony Award, and played it again in a 1973 film. On stage, Bates had a particular association with the plays of Gray, also appearing in Otherwise Engaged, Stage Struck, Melon, Life Support and Simply Disconnected. In Otherwise Engaged, Bates' co-star was Ian Charleson, who became a good friend, and Bates later contributed a chapter to the 1990 book, For Ian Charleson: A Tribute. Bates would never attain the stardom of far lesser performers because of his preference for challenging and interesting work and an avoidance of being type-cast. He continued to work in film and television throughout the 1970’s and 1980’s, and starred in such international films as the dreamy fantasy The Shout (1978, Jerzy Skolimowsk), as an intriguing but self-absorbed artist, Jill Clayburgh's bearded and ultimately spurned lover in An Unmarried Woman (1978, Paul Mazursky), as Bette Midler's ruthless business manager The Rose (1979, Mark Rydell), Nijinsky (1980), Britannia Hospital (1984, Lindsay Anderson) and as Claudius in Hamlet (1990, Franco Zeffirelli), which starred Mel Gibson. Bryan McFarlane writes in Encyclopedia of British Cinema that "Bates went from strength to strength, even in films given the brush-off by the public: for example, the transferred stage successes, Butley (1973, Harold Pinter) and In Celebration (1974, Lindsay Anderson), or the undervalued Return of the Soldier (1982, Alan Bridges)." On television, his parts ranged from classic roles such as 1978's The Mayor of Casterbridge (his favourite role he said), A Voyage Around My Father (1982), An Englishman Abroad (1983, John Schlesinger) witty and painful as Guy Burgess, and Pack of Lies (1987) in which he played a Russian spy. He continued working in film and television in the 1990’s, though most of his roles in this era were low-key.

A Softer, Still Attractive Maturity
In 2001, Alan Bates joined an all-star cast in Robert Altman's critically acclaimed period drama and murder mystery Gosford Park, in which he played the butler Jennings bordering on breakdown. Then he appeared as a fascist who plots to bomb a Super Bowl game in the thriller The Sum of All Fears (2002), and as a mad scientist who foretells disaster in The Mothman Prophecies (2002, Mark Pellington) starring Richard Gere. The rumpled charm of his youth had weathered into a softer but still attractive (and still rumpled) maturity. He later played Antonius Agrippa in the TV film Spartacus (2004, Robert Dornhelm), but died before it debuted. The film was dedicated to his memory and that of writer Howard Fast, who wrote the original novel that inspired the film Spartacus by Stanley Kubrick. Bates had been made a Commander of the Order of the British Empire (CBE) in 1996, and was knighted in 2003. He was an Associate Member of RADA and was a patron of The Actors Centre in London from 1994 until his death in 2003. He won several theater awards, including twice the Tony Award. Bates was married to actress and model Victoria Ward from 1970 until her death from a wasting disease in 1992. They had twin sons born in November 1970, the actors Benedick Bates and Tristan Bates. Tristan died following an asthma attack in 1990. In the later years of his life, Bates' companion was his lifelong friend, actress Joanna Pettet, his co-star in the 1964 Broadway play Poor Richard. They divided their time between New York and London. Bates had many relationships with men, including with actors Nickolas Grace and Peter Wyngarde, and Olympic skater John Curry. These were detailed in his posthumous biography, Otherwise Engaged by Donald Spoto. Alan Bates died of pancreatic cancer in London in 2003. Sir Alan and his family set up the Tristan Bates Theatre at the Actors' Centre in Covent Garden, in memory of his son, Tristan, who died at the age of 19. Tristan's twin brother, Benedick, is a deputy-director.


Trailer for Return of the Soldier (1982). Source: TapeSalvage (YouTube).