Michael Cramer (1930 - 2000) was the nice young man of the German cinema in the Adenauer-era. Later he gave Clint Eastwood a German voice in several films. 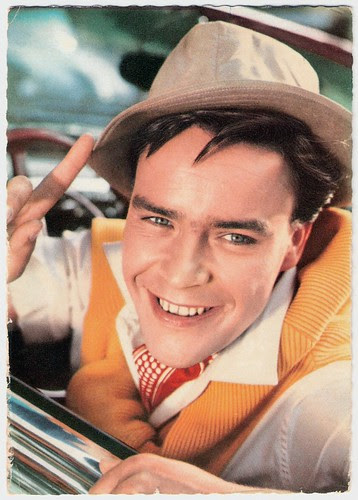 Heimatfilms and Comedies
Michael Karl Cramer was born in Wickrath (now Mönchengladbach), Germany in 1930. He trained as an interpreter English and French, and studied dramatics and media studies at the Freien Universität Berlin and the Philipps-Universität Marburg. Furthermore he studied sciences of journalism and worked for a while for the sheet Nachtdepesche. Cramer started his acting career in a students revue, and then followed classes with acting teacher Else Bongers. After a few performances at the Komödie Berlin he was discovered for the cinema. His debut was an uncredited part in the musical Feuerwerk/Fireworks (1954, Kurt Hoffmann) starring Lilli Palmer and a young Romy Schneider. Soon he appeared in bigger parts in the drama Toteninsel/Island of the Death (1955, Viktor Tourjansky) opposite Willy Birgel, and the romance Königswalzer/King’s Waltzes (1955, Viktor Tourjansky) with Marianne Hoppe. During the Adenauer-era Michael Cramer impersonated often nice young men in such Heimatfilms as Durch die Wälder durch die Auen/Through the Forests and Through the Trees (1956, Georg Wilhelm Pabst) and comedies as Ober zahlen/Pay the Waiter (1957, E.W. Emo) featuring Hans Moser. In France he appeared opposite Brigitte Bardot in Babette s'en va-t-en guerre/Babette Goes to War (1959, Christian-Jaque). 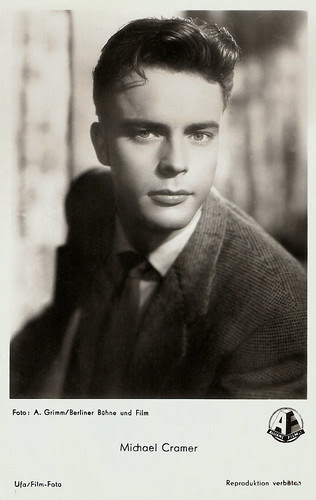 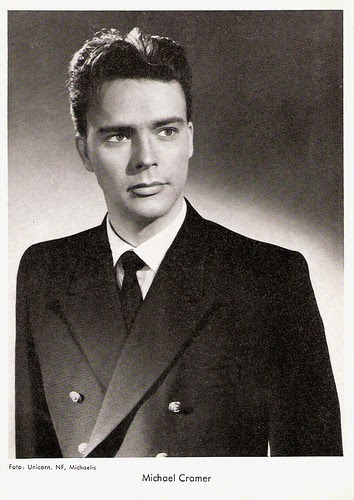 The German Voice
In the 1960’s Michael Cramer concentrated more on his stage work. He appeared at the stages of Berlin, Cologne and most of all at the Kleinen Komödie in Munich. A curiosity among his films of this period is the American-German sex comedy The Bellboy and the Playgirls (1962), credited by IMDb as the first film directed by Francis Ford Coppola. In Italy Cramer played in the adventure Sfida nella città dell'oro/The Devil of Capetown (1962, Hermann Kugelstadt, Alfredo Medori, Wolfgang Schleif) and in the Sci-Fi film Ipnosi/Hypnosis (1962, Eugenio Martín). From 1960 he also found usage as a voice actor. His was the German voice of George Peppard in Breakfast at Tiffany’s, Tobruk and The Blue Max, of Tony Curtis in The Great Race, of Paul Newman in Indianapolis, and especially of Clint Eastwood in Coogan’s Bluff, The Eiger Sanction and in many more films. On television Cramer appeared in series like Paul Temple (1969), based on the crime novels by Francis Durbridge. During the 1970’s he played small parts in the films Sutjeska/The Battle of Sutjeska (1973, Stipe Delic) starring Richard Burton, Der gestohlene Himmel/Stolen Heaven (1974, Theo Maria Werner) and Ich denk', mich tritt ein Pferd/I Thought I Was Kicked by a Horse (1975, Theo Maria Werner). Michael Cramer died in 2000, in Munich. He was married twice. His spouses were actress Eva Rimski and TV and radio host Anne-Marie Sprotte. He had a son, Florian. 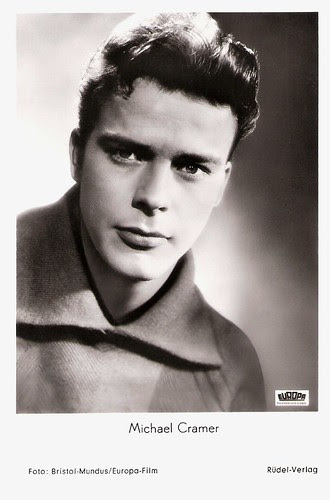 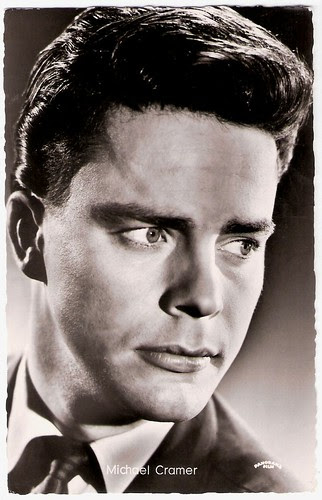 
Scene from The Eiger Sanction with Clint Eastwood and the voice of Michael Cramer. Source: Floh1609 (YouTube).