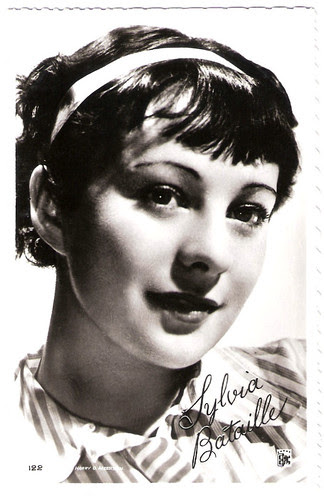 Agit-prop Theatre
Sylvia Bataille was born Sylvia Maklès in Paris in 1908. Her family was of Jewish-Romenian origin. As a pupil of Charles Dullin, she debuted on stage with La Compagnie des Quinze, led by Michel Saint-Denis and also acted with the company Groupe Octobre, a kind of agit-prop theatre company led by Jacques Prévert. In 1928 she married writer Georges Bataille. They had a child, the later psychoanalytic Laurence Bataille (1930 - 1986) who appeared in Jean Renoir’s French Cancan (1954). Sylvia Bataille started to appear in short films such as La joie d’une heure/The joy of one hour (1930, André Cerf) in which she played a salesgirl. She began to use the name of her husband as her stage and screen pseudonym. In the mid-1930's the couple separated though they only officially divorced in 1946. From 1938 on, Sylvia Bataille shared her life with psychoanalytic Jacques Lacan, with whom she had a daughter, the actual psychoanalytic Judith Miller (1941), who would marry philosopher/psychoanalyst Jacques-Alain Miller. Sylvia Bataille married Jacques Lacan in 1953. From 1933 Bataille’s film career became serious. After playing Adémaï’s wife in the Noël-Noël comedy Adémaï aviateur/Skylark (1933, Jean Tarride), she acted as Ernestine in the first film adaptation of Marcel Pagnol’s Topaze (1936), directed by the writer himself. Early 1936 Bataille played the secretary of the perfidious Batala (Jules Berry) in Le crime de M. Lange/The Crime of Monsieur Lange (1936, Jean Renoir). Despite his plotting, frauding and cheating, she cannot stop loving him. Then her hair was turned blonde for her role of the prostitute Florence in Jenny (1936, Marcel Carné) starring Françoise Rosay. 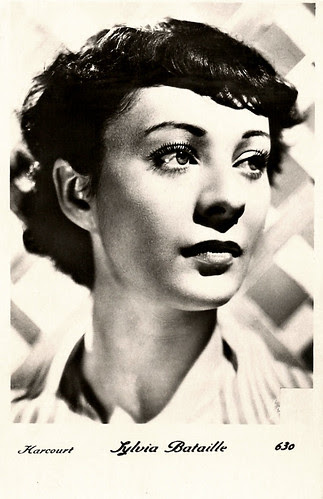 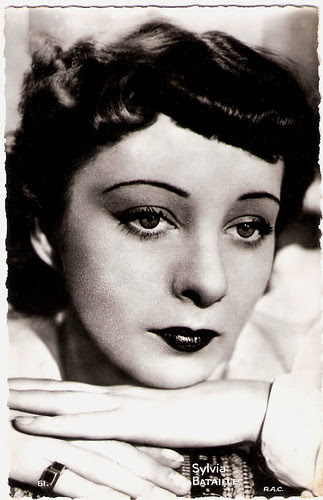 A Tremendous Fight
Sylvia Bataille wrote history in her subsequent role of the fresh and innocent Henriette in Jean Renoir’s adaptation of Guy De Maupassant's Une partie de campagne/A Day in the Country (1936). She played the daughter of Monsieur and Madame Dufour, played by Gabriello and Jane Marken, who is seduced by the good-looking Henri (Georges D’Arnoux) while his mate Rodolphe (Jacques Brunius) chases her mother. Henriette first resists Henri, then gives in. The kiss Henri gives to Henriette is followed by a tear: she has definitely lost her innocence. Years after: Henri discovers that Henriette has married Mr. Dufour’s aid, the odious Anatole (Paul Temps), but the two have never forgotten their short moment of love. The production started as a joyful Summertime picknick on the borders of the Loing river, but soon became ridden by problems: the rain that kept falling down (and in the end was incorporated into the narrative), the teeth of D’Arnoux which had to be repaired after an accident, money running out, and most of all Renoir’s loss of confidence to finish the production, as he had an obligation to start a new film after the summer: Les bas-fonds/The Lower Depths (1936, Jean Renoir). As innocent as she looks in the film, Sylvia Bataile had a tremendous fight with Renoir when he announced to break up the production, as he forced the crew & cast to wait in the countryside while she had to renounce other film offers. Most collaborators were hardly or never paid, even if they had been promised a share in the revenues in the film. A young intern in the preproduction and production was Luchino Visconti, who took care of the costumes and always claimed his film career began there. While visiting the set, Georges Bataille was enrolled to play one of the passing priests who lustful watch Henriette on a swing - another one was assistant-director and future photographer Henri Cartier-Bresson. Renoir modified the film as such that the opening and closing scene at the Dufour house in Maupassant’s story were excluded, so he kept a unity of space, time and action. Ten years after the shooting of the film, producer Pierre Braunberger had the film edited by Marguerite Houlé (scriptgirl of Une partie de campagne, but also Renoir’s red-blooded socialist friend in the mid-1930's and therefore often named Marguerite Renoir), aided by Marinette Cadix. Melancholic music by Joseph Kosma was added. 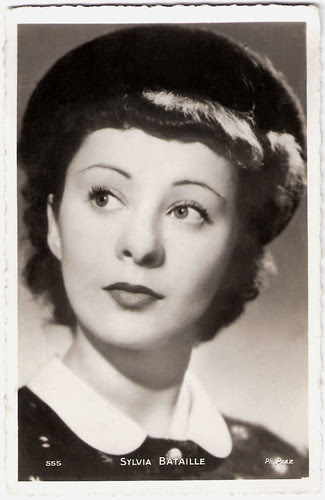 Best Young Actress
Subsequent roles of Sylvia Bataille were not of this stature, though she had a highly active career in the late 1930's. She had major parts as Madeleine, the mistress of Courriol (Jean Tessier) in L’affaire du courrier de Lyon/Courier of Lyons (1937, Claude Autant-Lara, Maurice Lehmann), and as Ming in Forfaiture/The Cheat (1937, Marcel L’Herbier), a variation of The Cheat (1915, Cecil B. de Mille) with again Sessue Hayakawa as the evil Asiatic. Other titles are Serge Panine (1939, Charles Meré, Paul Schiller) with Françoise Rosay, Le chateau des quatre obèses/The castle of the four obese (1939, Yvan Noé) with André Brulé, L’étrange nuit de Noël/The strange Christmas Eve (1939, Yvan Noé), Quartier Latin (1939, Christian Cmaborant, Pierre Colombier) with Bernard Lancret, Le collier de chanvre/Hangman's Noose (1940, Léon Mathot) with Jacqueline Delubac, Campement 13/Camp 13 (1939, Jacques Constant) starring Alice Field, and L’enfer des anges/Hell Angels (1939, Christian Jaque), starring Louise Carletti. The latter film won Bataille the Prix Bianchetti for best young actress. The war broke off her career, after 1945 she played minor parts in the comedy Ils étaient cinq pensionnaires/There were five residents (1945, Pierre Caron), in Les portes de la nuit/Gates of the Night (1946, Marcel Carné), and in the episode Il miracolo/The Miracle in L’amore/The Love by Roberto Rossellini. Sylvia Bataille played her last role in Julie de Carneilhan (1949, Jacques Manuel) starring Jacques Dumesnil. Henceforth she focused on the work of her husband. Sylvia Bataille survived Lacan who died in 1981. She herself died in Paris in 1993, due to a heart attack. Sylvia Bataille was the sister of Rose Maklès - the wife of Surrealist painter André Masson, Bianca Maklès - a stage actress under the name of Lucienne Morand and wife of writer Théodore Fraenkel, and Simone Maklès, wife of writer, philosopher and politician Jean Piel. After Sylvia Bataille’s death, the French government acquired from her estate the painting L’origine du monde by Gustave Courbet, which had been in her possession for over 40 years.