Danik Patisson (1939) played vamps in French crime films of the 1950’s, and also appeared in some international films. In the 1960’s the promising film career of the sexy actress halted. 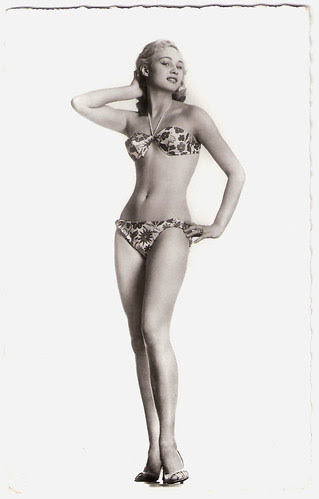 Vamp
Danik or Danick Patisson was born Danielle Claude Madeleine Patisson in Senlis, France in 1939. Danielle set her heart very early on becoming a ‘petit rat’ (young ballet girl) at the Opéra de Paris but she was denied admission for being too tall (at only 1.68 cm). She got over her disappointment when she was accepted in the Châtelet dancing school where she remained for five years. A little later but also very early in her life she started posing for magazines and got her first tiny roles in films like the comedy Mam'zelle Nitouche (1954, Yves Allégret) featuring Pier Angeli, and the American romantic drama The Last Time I Saw Paris (1954, Richard Brooks) starring Elizabeth Taylor. Her parts soon grew bigger and she had supporting parts in the drama Le pain vivant/The Living Bread (1955, Jean Mousselle) and the comedy Paris canaille/Maid in Paris (1956, Pierre Gaspard-Huit) starring Dany Robin. Her first major part was in Les Duraton/The Duraton Family (1956, André Berthomieu), a comedy based on a famous radio series in which she played the Duraton daughter. She then had the second lead in the prostitution drama Le long des trottoirs/Diary of a Bad Girl (1956, Léonide Moguy) with Anne Vernon. Then her career diversified. In French crime and robber films she was usually a vamp. Examples are O.S.S. 117 n'est pas mort/O.S.S. 117 Is Not Dead (1957, Jean Sacha) starring Ivan Desny, Rafles sur la ville/Sinners of Paris (1958, Pierre Chenal) with Charles Vanel, and Incognito (1958, Patrice Dally) starring Eddie Constantine. In foreign films she landed less formulaic roles. Her name can be found in the credits of the American Ernest Hemingway adaptation The Sun Also Rises (1957, Henry King) starring Tyrone Power, the English crime drama Too Hot to Handle/Playgirl After Dark (1960, Terence Young) starring Jayne Mansfield, the German/French boarding school drama Mädchen in Uniform/Girls in Uniform (1958, Géza von Radványi) with Romy Schneider, and even a Portuguese film, O Primo Basílio/Cousin Basil (1959, António Lopes Ribeiro) with Antonio Vilar. 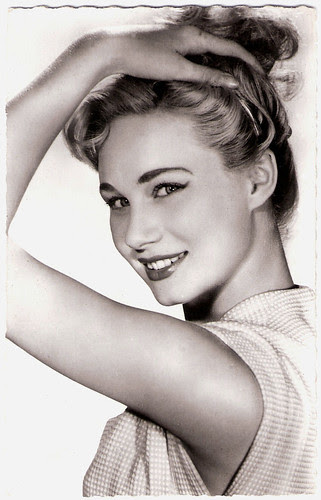 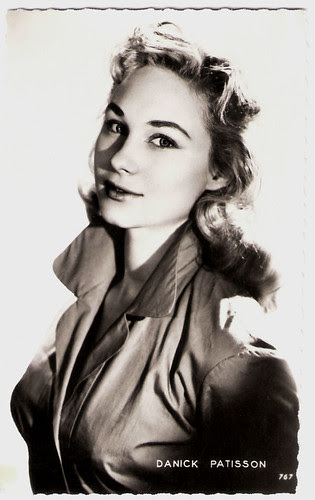 Adult Film
Oddly enough this promising start did not materialize and after 1960, Danik Patisson worked less - and in films of mostly poor quality. She co-starred with Sacha Distel in the drama Les mordus/The Fanatics (1960, René Jolivet) and with Elke Sommer in the sexploitation film De quoi tu te mêles Daniela!/Daniela, Criminal Strip-Tease (1961, Max Pécas). Jessica Shepard at IMDb reviews: “This is basically a mess with a lovely as always Ms. Sommer and a good jazz score. Decent location work, but the script is all over the place.” An exception is the interesting film noir L'accident/The Accident (1963, Edmond T. Gréville), based on a novel by Frédéric Dard. She interprets a young, beautiful school mistress on a Breton island. The school principal (Georges Rivière) falls in love with her. This banned love provokes the jealousy of the principal's wife (Magali Noel) and makes her seek revenge. Guy Bellinger at IMDb calls the film, Gréville’s swansong, ‘very atmospheric’. In Spain she worked with cult director Jesus Franco at the Eurospy film La muerte silba un blues/077 Opération SEXY (1964) and she had a small part in the thriller Le vampire de Düsseldorf/The Vampire of Dusseldorf (1965, Robert Hossein) about a historical serial killer. Then there is a huge gap in her film career. Ten years later, she made a re-entry in the cinema in Tamara ou Comment j'ai enterré ma vie de jeune fille/Tamara (1975, Michel Berkowitch), which IMDb credits as an adult film. It was to her last film appearance, but she has nevertheless gone on with her career, both on stage and on television. On TV, Danik Patisson was last seen in a small part in the TV-film L'affaire Seznec: c'est vous qui allez le juger/The case Seznec: it is you who will try him (2010, Robert Hossein).