French actor Jean Chevrier (1915 – 1975) appeared in 50 films between 1936 and 1972. The attractive star often appeared in roles in which he was dressed in uniform. He also had a distinctive stage career. 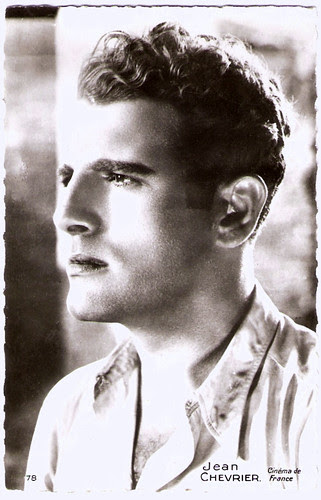 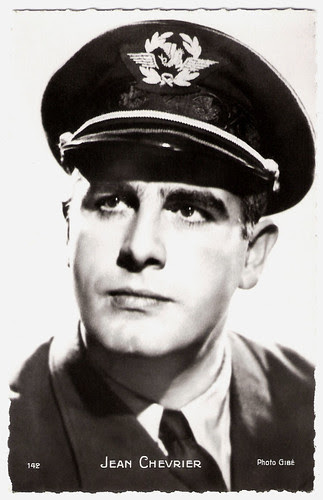 Gigolo
Jean Chevrier was born in 1915 in Paris. He made his first film appearance as a gigolo in the comedy Mademoiselle ma mère/Wicked Stepmother (1936, Henri Decoin) with Danielle Darrieux. The next year he was seen in the classic film J'accuse/I Accuse (1937, Abel Gance), and in Liberté/Freedom (1937, Jean Kemm). In his first films he was just credited as Chevrier. He soon played starring roles in the adventure Trois de Saint-Cyr/The Three of Saint-Cyr (1939, Jean-Paul Paulin) and the comedy L'Émigrante/The Emigrant (1940, Léo Joannon) opposite vedette Edwige Feuillère. During WWII he played a part in Marcel Pagnol’s La Prière aux étoiles/The Prayer at the Stars (1941), a film that was never completed. Other films in which he appeared were the whodunit thriller Le Dernier des six/The Last One of the Six (1941, Georges Lacombe), L'assassin a peur la nuit/The murderer is afraid at night (1942, Jean Delannoy) with Mireille Balin, Tornavara (1943, Jean Dréville) and Falbalas/Paris Frills (1945, Jacques Becker) with Raymond Rouleau. During this period he also worked in the theatre with Rouleau, who was also a stage director. After the war Chevrier would become an ensemble member of the Comédie Française. 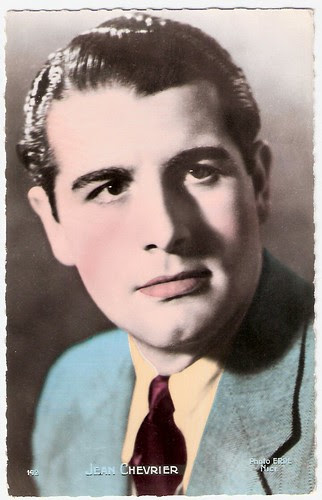 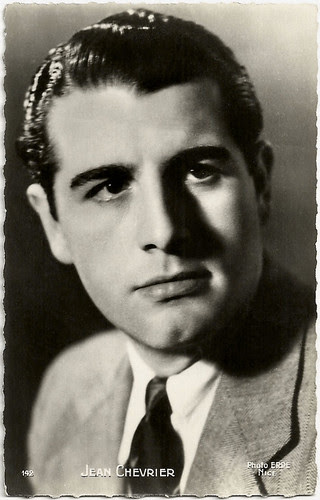 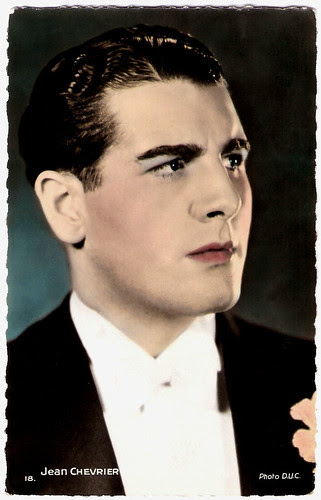 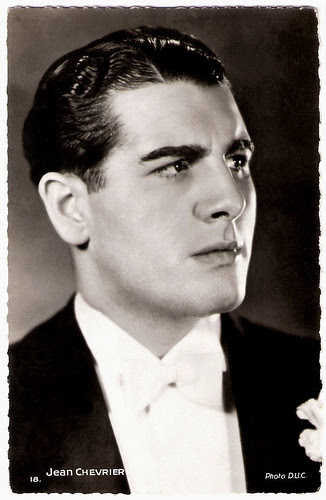 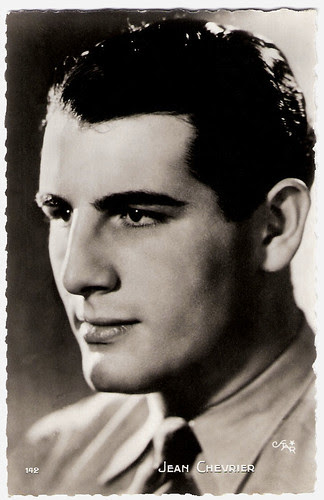 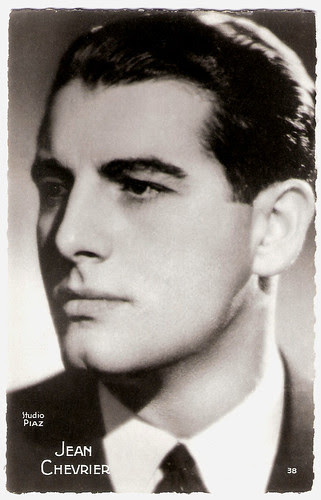