On Thursday 21 April 2022, French actor Jacques Perrin (1941-2022) passed away. Handsome and talented, Perrin started his career as the romantic hero in the films of Italian director Valerio Zurlini. Later he made powerful films with Costa-Gravas and played the adult Salvatore in the international hit Cinema Paradiso (1988). With his own studio, he produced successful political films such as Z (1969) and nature documentaries such as Microcosmos (1996). 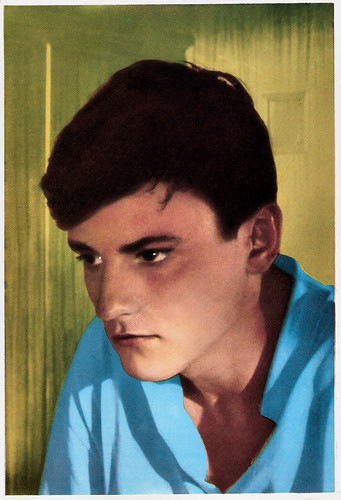 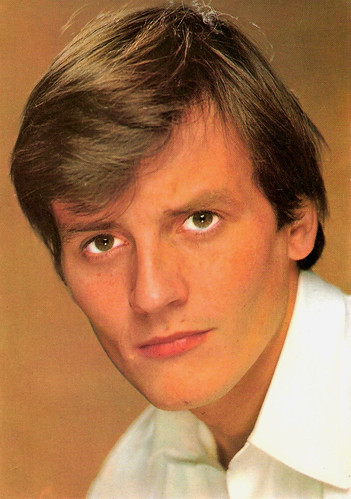 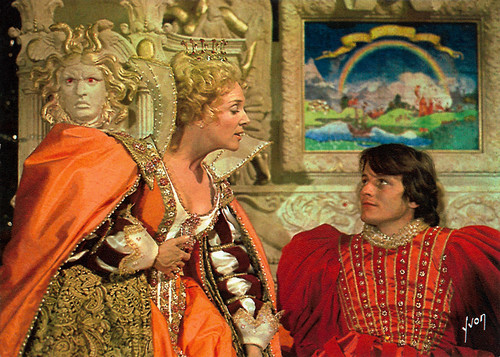 
Jacques Perrin was born Jacques André Simonet in Paris in 1941. Occasionally, he is credited as Jacques Simonet. Perrin was his mother's name. His father, Alexandre Simonet, was a theatre director.

In 1946, the five years old made his uncredited film debut in Les Portes de la nuit/Gates of the Night (Marcel Carné, 1946), starring Serge Reggiani and Yves Montand. Perrin was trained as an actor at the Conservatoire National Supérieur d'Art Dramatique. On stage, he gave over 400 performances of L'Année du bac (Graduation Year) in a Paris theatre.

In France he acted with Brigitte Bardot in La Vérité/The Truth (Henri-Georges Clouzot, 1960), with Anna Karina in Le Soleil dans l'oeil/Sun in Your Eyes (Jacques Bourdon, 1962), and with Bruno Cremer in the war film La 317ème section/317th Platoon (Pierre Schoendoerffer, 1965).

He also worked on the thriller Compartiment tueurs/The Sleeping Car Murders (Costa-Gravas, 1965). James Travers at Films de France: "Costa-Gavras made his directoral debut with this fast-moving, convoluted but magnificently assembled crime thriller. The film reflects the director’s interest in American Film Noir and, thanks largely to an impressive cast, is one of his most entertaining films." It was the start of a long-time cooperation between actor and director.

He would cooperate again with Demy and Deneuve on the fairytale Peau d'âne/Donkey Skin (Jacques Demy, 1970) in which he played an appealing Prince Charming. Craig Butler at AllMovie: “Donkey Skin is a strange but utterly captivating little fantasy and one that, despite its fairy tale origins, is really aimed more at adults than at children. Jacques Demy has directed with an eye toward whimsy, but whimsy mixed both with magic and subtle disorientation.” 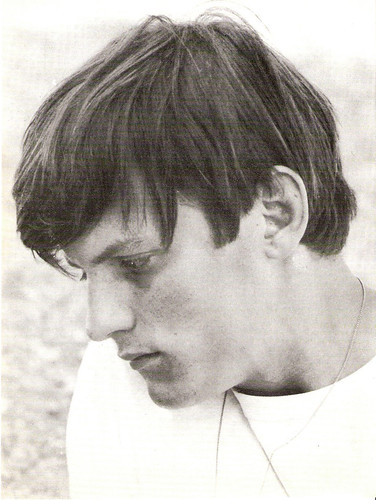 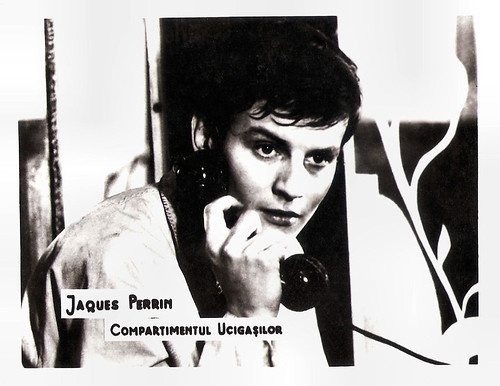 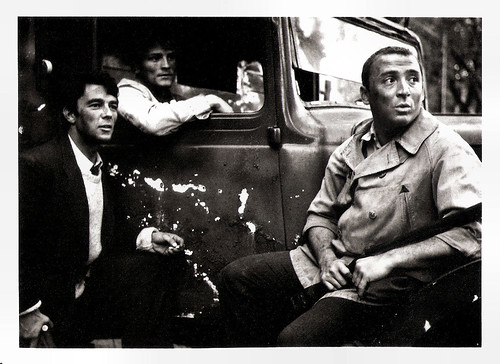 
At 27, Jacques Perrin created his own studio. He produced and acted in Z (1969), directed by Costa Gavras and starring Jean-Louis Trintignant, Yves Montand, and Irene Papas. The film presents a thinly fictionalized account of the events surrounding the assassination of democratic Greek politician Grigoris Lambrakis in 1963.

Dan Pavlides at AllMovie: “Z is one of the most politically insightful films ever made, exposing government hypocrisy and cover-up in the wake of a political assassination.” The production had nearly 4 million admissions in France and was the 4th highest-grossing film of the year. It was also the 10th highest-grossing film of 1969 in the United States. Z is also one of the few films to be nominated for both the Academy Award for Best Foreign Language Film and Best Picture.

The film, based on Dino Buzzati's novel The Tartar Steppe, tells the story of a young officer, Giovanni Drogo (Jacques Perrin), and the time that he spent guarding the Bastiani Fortress, an old, unmaintained border fortress. Although the film won the Grand Prix du Cinéma Français and three David di Donatello Awards in 1977, it was not very successful and left Perrin with debts. 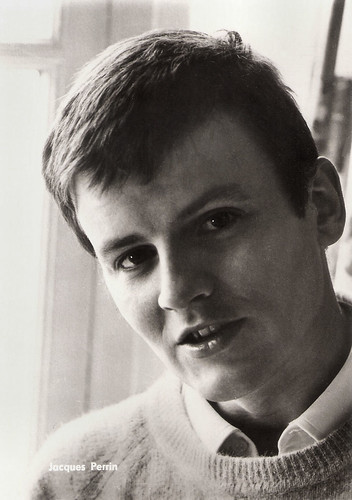 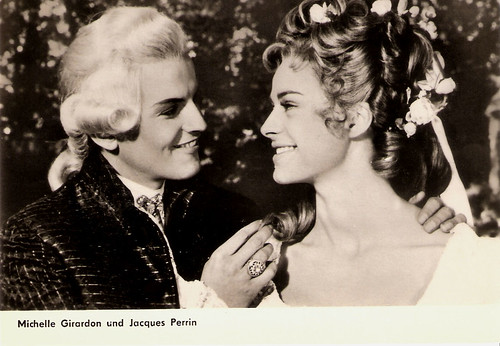 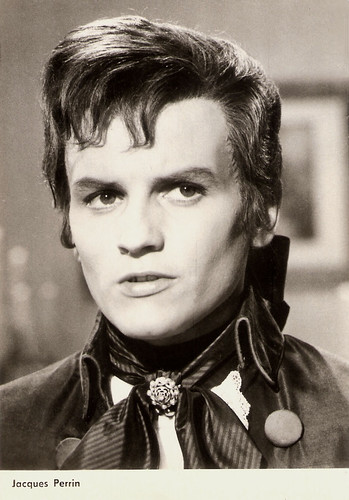 
Jacques Perrin had a huge success with the Italian drama Nuovo Cinema Paradiso/Cinema Paradiso (Giuseppe Tornatore, 1988). He played a famous film director who remembers his childhood at the Cinema Paradiso where Alfredo, the projectionist (Philippe Noiret), first brought about his love of films. Cinema Paradiso was a critical and box-office success and won many awards including the Golden Globe, the BAFTA and the Oscar for Best Foreign Film.

Two years later, he also appeared in Tornatore’s Stanno tutti bene/Everybody’s Fine (Giuseppe Tornatore, 1990) starring Marcello Mastroianni. As a producer, Perrin changed direction when he decided that the natural life around us could tell stories as fascinating and varied as anything dreamt up by a scriptwriter.

He produced nature documentaries that transformed the scope of wildlife films, from Microcosmos (Claude Nuridsany, Marie Pérennou, 1996), in which ants performed the starring role, to the austere travelogue Himalaya (Eric Valli, 1999), nominated for an Oscar, and Le Peuple Migrateur/Winged Migration (Jacques Cluzaud, Michel Debats, Jacques Perrin, 2001), which followed some 50 species of birds across 30 countries.

All were filmed by Perrin’s studio Galatée Films. Another successful production was Les choristes/The Chorus (Christophe Barratier, 2004). In this drama, Perrin played the narrator, the old orchestra conductor Pierre Morhange, who reminisces about his childhood inspirations through the pages of a diary kept by his old music teacher. The young Pépinot was played by Perrin’s son Maxence. Other films in which he played were the historical horror film Le pacte des loups/Brotherhood of the Wolf (Christophe Gans, 2001), and the crime drama Le petit lieutenant/The Young Lieutenant (Xavier Beauvois, 2005) with Nathalie Baye.

He also directed the film Océans/Oceans (Jacques Perrin, Jacques Cluzaud, 2009). Tracie Cooper at AllMovie: "Narrated by Pierce Brosnan, Oceans is made up of a compilation of underwater photography from over 75 diving expeditions that took place over a period of four years, and captures an astoundingly intimate glimpse into the lives of a wide array of sea life." In the following decade, he continued to make beautiful documentaries on what binds mankind and nature, including Les saisons/The Seasons (Jacques Perrin, Alexandre Poulichot, Jacques Cluzaud, 2015).

In 1985, Jacques Perrin was made Knight of the Ordre national du Mérite, in 1997 he was promoted to Officer and in 2003 to Commander. He was also made Knight of the Légion d'honneur in 1990 and promoted to Officer in 2007. Perrin remained active till his death. He played the old Rémi in Rémi sans famille/Remi, Nobody's Boy (Antoine Blossier, 2018) opposite Daniel Auteuil and Virginie Ledoyen and his final film role was in the thriller Goliath (Frédéric Tellier, 2022). On 21 April 2022, he passed away in Paris at the age of 80. Jacques Perrin had three sons, actor Mathieu Perrin (1975), actor Maxence Perrin (1995), and Lancelot Perrin (2000). 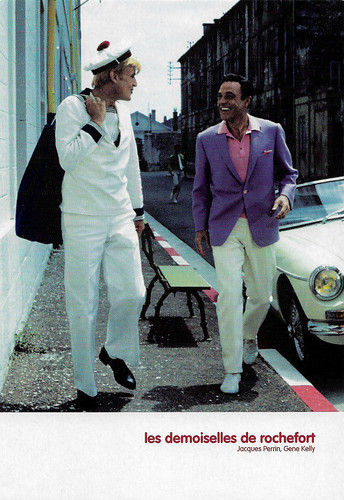 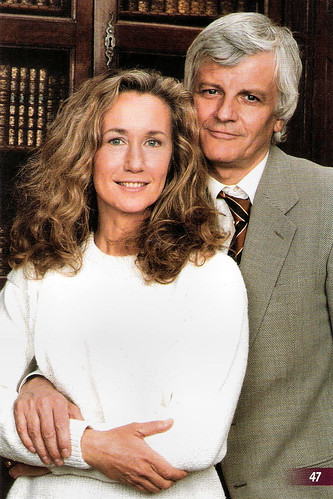