Lucien Lorelle (1894-1968) was one of the great photographers of the early twentieth century. In his Studio Lorelle, he portrayed all the great French artists of his time.


Lucien Lorelle was born in Paris, France in 1894. He was a volunteer in the French infantry and aviation during World War I and later received the Croix de Guerre and the Légion d’Honneur for his bravery.

In 1920 he started to work as a photographer at the famous portrait Studio G.L. Manuel Frères.

In 1935 he sold the Studio Lorelle and founded the Studio Lucien Lorelle. This studio did advertising campaigns for Galeries Lafayette (with Cassandre), Perrier, Philips, Cinzano, Chanel, Shell etc.

Lorelle had already done a postcard campaign with film stars for Campari at Studio Lorelle. Campari was a client which he had taken with him from Studio G.T. Manuel Frères.

Though Lorelle dreamt of becoming a painter, photography monopolized his time, and the paintings he did complete, he systematically destroyed.


In 1946, Lucien Lorelle was one of the 15 founders of the Groupe des XV, an association which promoted photography as art and drew attention to the preservation of French photographic heritage.

The group (also including Robert Doisneau, Willy Ronis and René Jacques) organized from 1946 to 1957 annual exhibitions in various galleries.

In 1957 he stopped with the Studio Lucien Lorelle and focused on writing. He was the author of many surreal photographic works and literary tributes combining text, drawings and photographs. He also was devoted to teaching photography. His other hobbies included painting, writing and poetry. 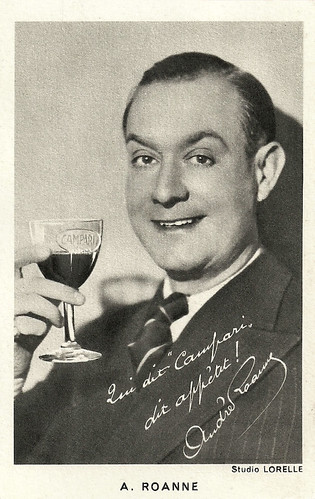 Thank your. Fantastic web site. Plenty of help ful information here. I am sending it to a few buddies and also sharing in delicious.