Mexican actress Linda Christian (1923-2011) was discovered by Errol Flynn. The sensuous, incredibly beautiful starlet starred with Johnny Weissmuller in his last Tarzan film, Tarzan and The Mermaids (1948). She was also the first Bond girl ever, in a TV version of Casino Royale (1954). But she became most famous as Mrs. Tyrone Power. Christian appeared in dozens of films, in Hollywood as well as in Europe. 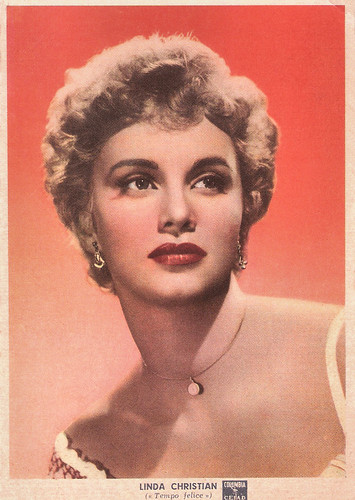 Linda Christian was born as Blanca Rosa Welter in Tampico, Mexico, in 1923. She was the daughter of Dutch engineer and Royal Dutch Shell executive, Gerardus Jacob Welter, and his Mexican-born wife of Spanish, German and French descent Blanca Rosa. She had three younger siblings, two brothers, Gerardus Jacob Welter and Edward Albert Welter, and a sister, Ariadna Gloria Welter, who would become a well-known actress of the Mexican cinema.

The Welter family moved a great deal during Christian's youth, living everywhere from South America and Europe, to the Middle East and Africa. As a result of this nomadic lifestyle, Christian became an accomplished polyglot with the ability to speak fluent French, German, Dutch, Spanish, English, Italian, and even a bit of haphazard Arabic and Russian.

After she graduated from secondary school the beautiful girl played a small part in the successful Mexican film El peñón de las Ánimas/The Rock of Souls (Miguel Zacarías, 1943) starring Maria Felix. After working as a clerk in the British government office in Palestine, Christian relocated to Acapulco, where she was discovered by film star Errol Flynn.

She made her film debut as a Goldwyn girl in the musical comedy Up In Arms (Elliott Nugent, 1944), co-starring Danny Kaye and Dinah Shore. (This was also Kaye's first film.) Signed to an RKO contract in 1944, she languished in bit roles for a year or so.

At a fashion show in Beverly Hills she was spotted by Louis B. Mayer's secretary. He offered, and she accepted, a seven year contract with MGM. Her best-known film during her MGM years was as a loan-out to her old studio of RKO to appear in the Mexico-filmed Tarzan and the Mermaids (Robert Florey, 1948) with Johnny Weissmuller. 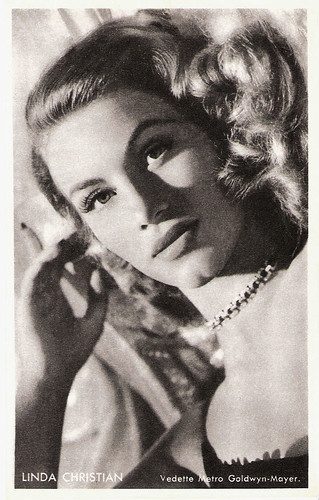 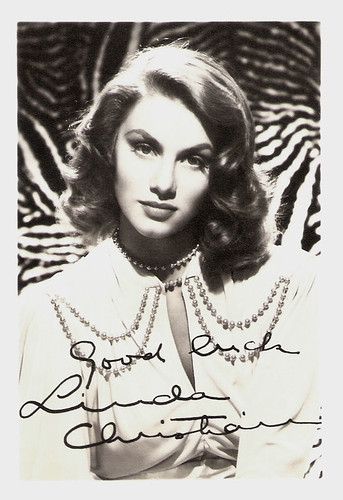 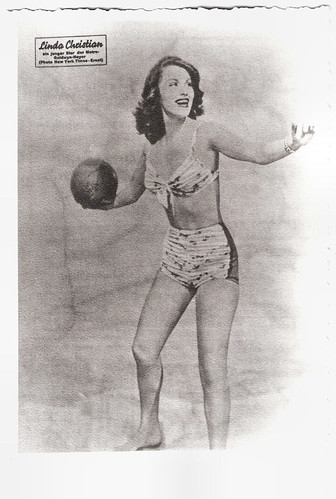 The Marriage of the Century

Linda Christian really became famous when she married matinee idol Tyrone Power. Reportedly they had met for the first time in Acapulco, where he was making Captain from Castile (Henry King, 1947), and she was filming Tarzan and the Mermaids. Their marriage in Rome attracted over 10,000 spectators.

The publicity about the ‘marriage of the century’ improved her film career somewhat. She starred in films like Battle Zone (Lesley Selander, 1952) with John Hodiak, The Happy Time (Richard Fleischer, 1952) with Charles Boyer, and the adventure Slaves of Babylon (William Castle, 1953).

Later she also often appeared on television. In 1954 she appeared in Casino Royale (William H. Brown Jr., 1954), an episode of the TV-series Climax! This was the first adaptation of one of the James Bond novels by Ian Fleming. In the TV film ‘Jimmy’ Bond was an American spy (played by Barry Nelson) who’s mission is to break the bank on Le Chiffre (Peter Lorre), a top Soviet operative in France. Linda Christian played Bond’s old flame Valerie Mathis.

Several times, Tyrone Power and Christian were offered the opportunity to work together, but for various reasons each offer was refused or rescinded. The couple had two daughters: actress Taryn Power and singer Romina Power, one half of the famous Italian singing duo Al Bano & Romina Power.

In 1956 Power and Christian divorced, which garnered international headlines due to Christian's then-enormous one-million-dollar cash settlement. 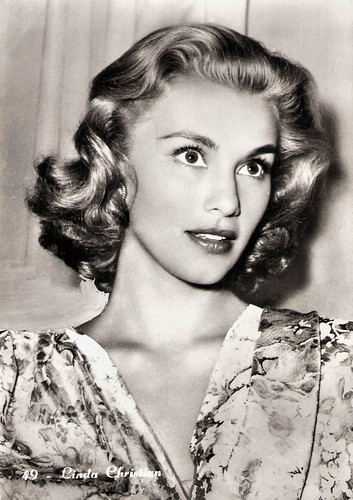 Italian postcard by TurismoFoto, no. 49. 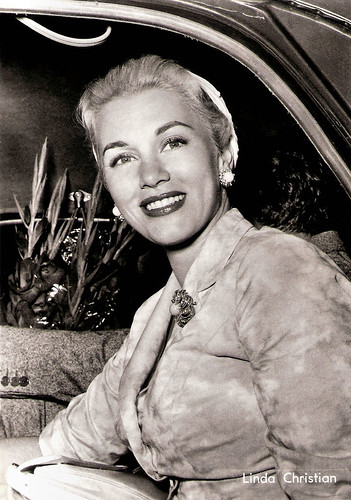 Italian postcard by Bromostampa, Milano, no. 235. 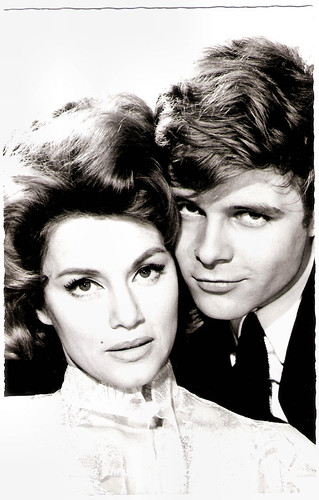 A Favourite of the Celebrity Press

After her divorce, Linda Christian often worked in Europe. Among her European productions are the British drama Thunderstorm (John Guillermin, 1956) co-starring Carlos Thompson, the British thriller The House of the Seven Hawks (Richard Thorpe, 1959) with Robert Taylor, and the German aeroplane-thriller Abschied von den Wolken/Rebel Flight to Cuba (Gottfried Reinhardt, 1959) with O.W. Fischer.

Although most of her films were not a success, Christian was a favourite of the celebrity press. They loved to write about her tempestuous affairs with Spanish marquis Alfonso de Portago, Brazilian mining and metals millionaire Francisco ‘Baby’ Pignatari, and Spanish bullfighter Luis Dominguin.

In 1962 and 1963, she was briefly married to the Rome-based British actor and playboy Edmund Purdom, and later she married a third time into an aristocratic European family. Christian published her memoirs, Linda: My Own Story, in 1962. She continued to appear on American TV and incidentally in films. One of her most notable performances was in the episode An Out for Oscar (Bernard Girard, 1963) of The Alfred Hitchcock Hour on TV.

In the 1980s she made a brief come-back in the Italian cinema. Her last film was the Giallo Delitti/Delicts (Giovanna Lenzi, 1987). After that she lived quietly in Spain and Mexico. In 2011, Linda Christian passed away in Palm Desert, US. The 86-year old actress died of colon cancer.

Dear Bob, how is your lovely, lovely wife with the tiny, tiny eyes?
I will be back for more, you educate and amuse.
Thanks,
David, NYC

wow, had no idea about Linda Christian's fabulous affairs. Dominguin. That's most impressive.