Here are twelve new and rare acquisitions from the collection of our friend Didier Hanson. Didier has lots of postcards from the Russian Empire, both of the stage reformers and of early Russian film stars. He keeps amazing me. Here are twelve dazzling cards, produced in the year 1916 or around that time. The silent cinema of the Russian Empire was at its peak. Just a few years later most of these talents had left Russia and were working in Berlin or Paris, or were dead. 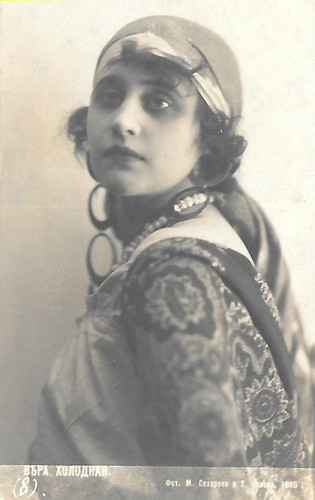 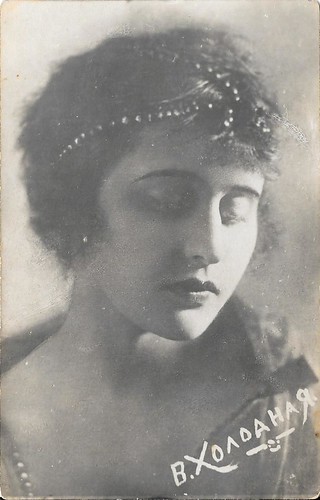 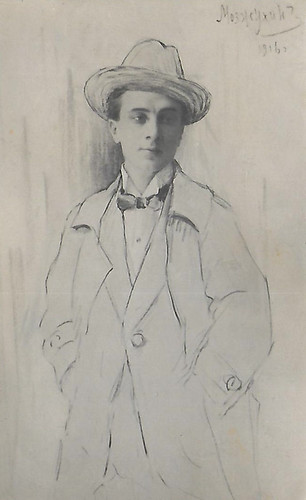 Russian actor Ivan Mozzhukhin (1889-1939) was a legendary star of the European silent film, who shone in Russia, France, Germany and Austria, but suffered in Hollywood. 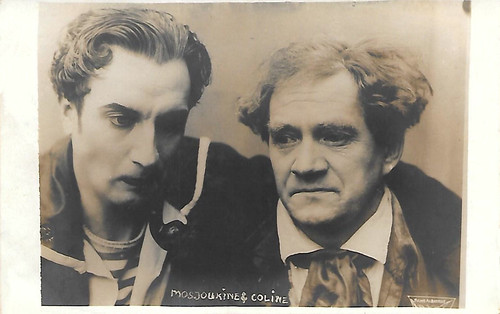 Nicolas Koline (1978-1966) was a Russian actor who began his career in Russia, worked in the French cinema with other Russian emigres and finished his film career in Germany.

Vitold Polonsky (1879-1919) was one of the most popular actors in pre-Revolutionary Russian cinema. 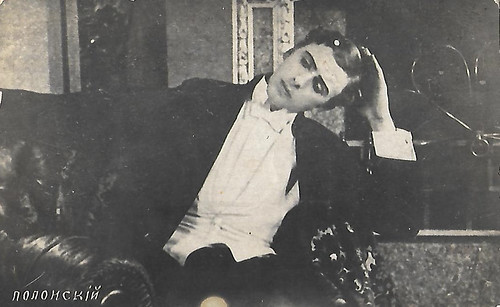 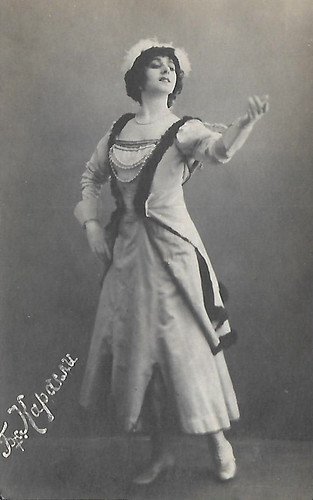 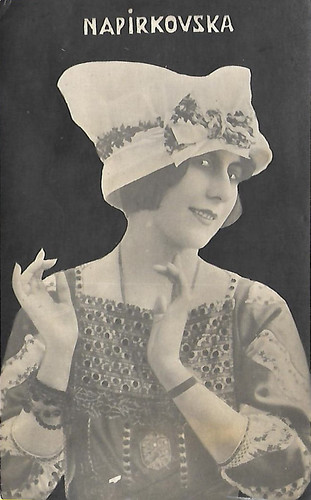 Exotic Stacia Napierkowska (1886-1945) was a fascinating star of the silent film era. The French actress and dancer is best remembered as the seductive but cruel Queen Antinéa in the classic fantasy L’Atlantide/Missing Husbands (1921). Between 1908 and 1926 she appeared in 86 films. 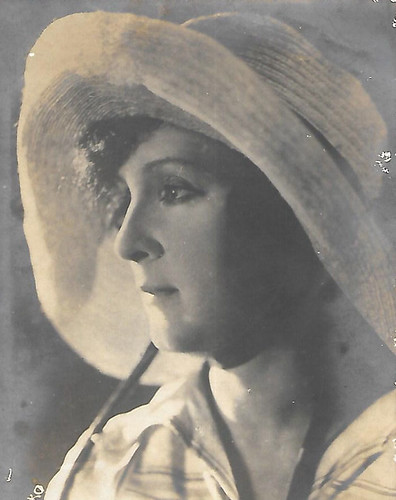 Nathalie Lissenko (1884/1886-1969), aka Natalya Lyssenko, Natalie Lissenko, and Natal’ya Lisenko, is most famous for the French silent films of the 1920s, in which is she was often paired with her husband Ivan Mozzhukhin. 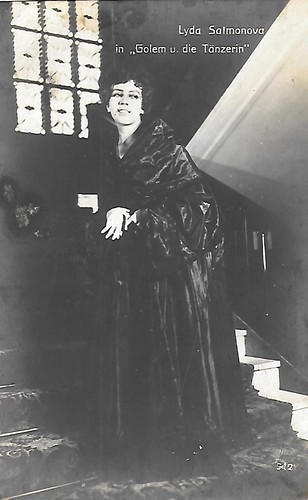 Czech stage and film actress Lyda Salmonova (1889–1968) was married to German actor Paul Wegener and appeared with him in silent horror classics like Der Student von Prag/The Student of Prague (1913) and Der Golem (1915 and 1920). 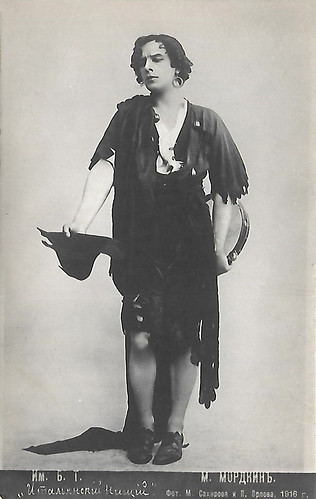 Handsome Mikhail Mordkin (1880-1944) was a famous Russian ballet dancer. He started at the Bolshoi Ballet, joined Diaghilev's ballet in 1909, and in 1924, he settled in the United States, where he founded the Mordkin Ballet, and helped to build the foundation for ballet in America. He also appeared in one Russian film, Aziade (1918). 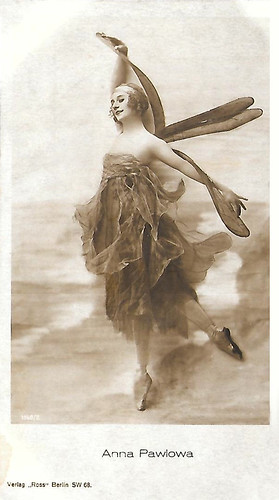 Anna Pavlova (Russian: Анна Павлова; 1881–1931) was a Russian prima ballerina of the late 19th and the early 20th centuries. She was a principal artist of the Imperial Russian Ballet and the Ballets Russes of Sergei Diaghilev. Pavlova is most recognised for the creation of the role The Dying Swan and, with her own company, became the first ballerina to tour ballet around the world.

Thanks, Didier! This is a post for Postcard Friendship Friday, hosted by Beth at the The Best Hearts are Crunchy. You can visit her by clicking on the button below.

What wonderful cards... I love postcards from the early 1900's, these are exceptional! Thanks for sharing!

I was so taken by this post. Especially the story of Vera. How fascinating that she made so many films in such a short time. And what a shame her government decided to destroy all but five of them.

These postcards are great, Paul! It is fun to see you back here--you've been missed. Thank you for your kind comments. Have a lovely weekend (what's left of it!). :D

Thanks for your comments. Happy PFF today.

What great images! Thanks for the stories behind them. It's a shame so many of the early films of Russia were lost.