Austrian Schlager singer Hannelore Auer (1942) appeared in several German-language comedies and Schlager films of the 1960s. She is married to another Schlager singer, Heino. 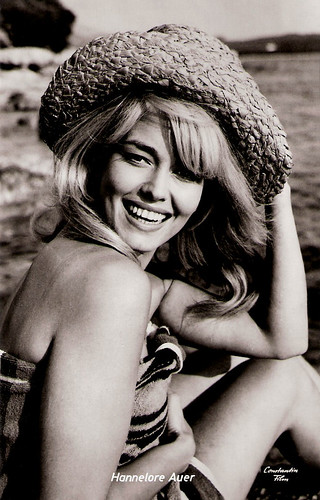 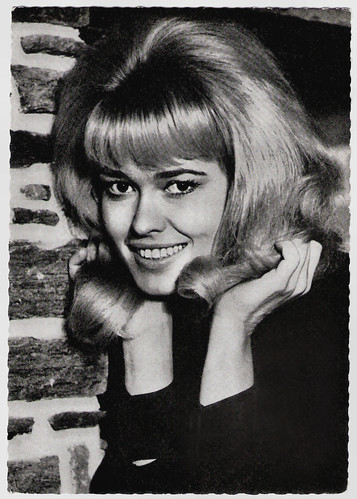 Hannelore Auer was born in Linz, Austria in 1942 as the daughter of a postman. She visited the Federal trade school for fashion and commercial art in Linz for four years.

As a fifteen-year-old she took part in a singing contest in Vienna and won the second place with the titles Tausendmal möchte ich dich küssen (I want to kiss you a thousand times) and Fällt das gelbe Laub im Oktober (When the yellow leaves fall in October).

Hannelore Auer had her biggest success in 1962 with the song Was in Athen geschah (What happened in Athens). Later she performed with Manfred Schnelldorfer as a duo and they had a hit with Kiss Me, Darling. 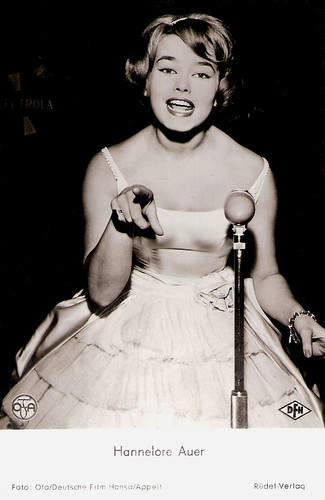 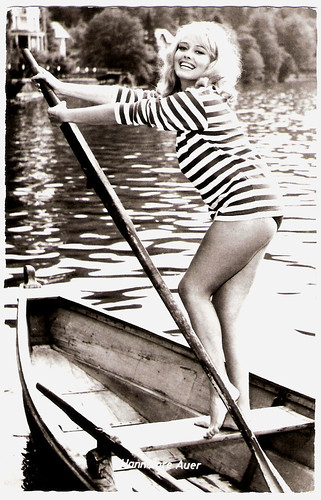 During the early 1960s, Hannelore Auer was romantically involved with film director Franz Antel and he gave her several supporting roles in his film comedies. She played with Günther Philipp in Das ist die Liebe der Matrosen/This is the love of the sailors (Franz Antel, 1962). In many of these films she only appeared briefly as a singer.

She continued to work with other directors such as in Ich bin auch nur eine Frau/I, Too, Am Only a Woman (Alfred Weidenmann, 1962) starring Maria Schell, Schwejks Flegeljahre/Schweik's Years of Indiscretion (Wolfgang Liebeneiner, 1963) featuring Peter Alexander, and Holiday in St. Tropez (Ernst Hofbauer, 1964).

Auer became a part of the so-called Schickeria (in-crowd) and the tabloids were more interested in her private life than in her songs or her film roles. In 1968 she refused a marriage proposal by Franz Antel, and became the second wife of the Austrian prince Alfred ‘Alfie’ Auersperg. Then her film career stopped. She had a serious accident with her sports car in 1972 which nearly killed her.

After her divorce from Auersperg in 1979, she married the popular German Schlager singer Heino (Heinz Georg Kramm). She became his manager and performed with him, for example as a co-host of the popular music show Heino und Hannelore (Heino and Hannelore). In 2004 Hannelore Kramm suffered a heart attack. This was one of the reasons that Heino interrupted his career. 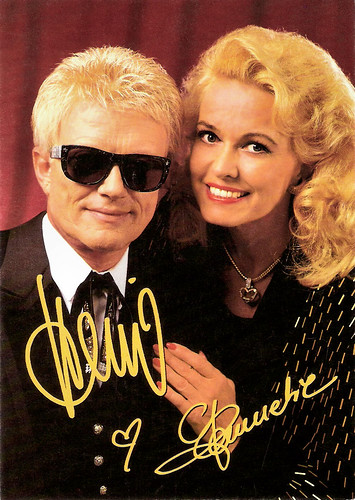 What a beauty. Thanks Bob

Thanks. We've found more cards of her, and will post them in the near future.