Pretty Austrian actress Jenny Jugo (1904-2001) had a prolific career in German cinema, from the late silent era well into the war years. She did particularly well as comedienne and starred between 1931 and 1942 in eleven smart and charming comedies directed by Erich Engel. 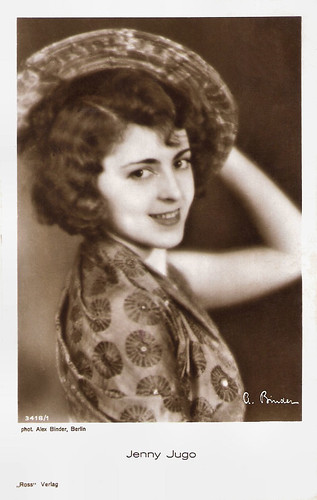 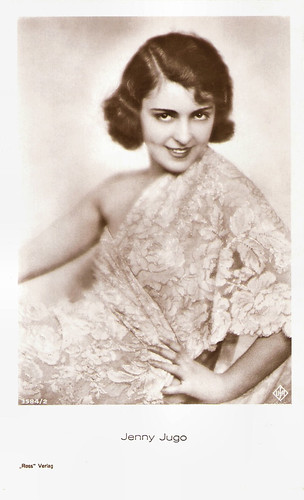 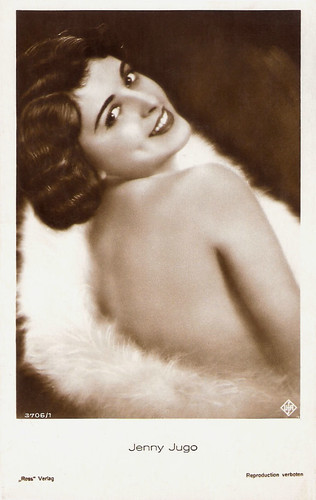 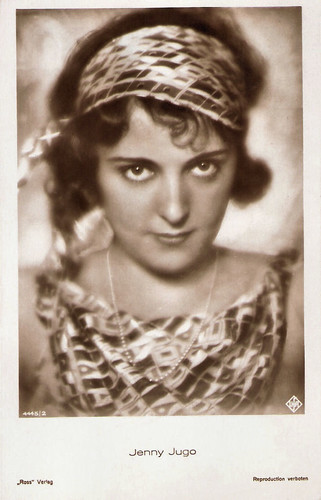 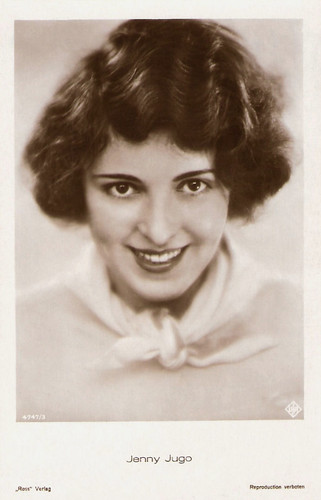 
Jenny Jugo was born as Eugenie Jenny Walter in Mürzzuschlag, Austria-Hungary (now Austria), in 1904, as the daughter of a factory owner. She grew up in Vienna and Graz, where she visited a monastic school.

At the age of 16 Jenny got married with the Italian actor Emo Jugo who took her to Berlin. Already one year later followed their separation. The famous producer Erich Pommer discovered Jenny for the cinema, and in 1924, she got a three-year contract from the Ufa.

Her dramatic roles were not very succesful and Ufa lent her to the Phoebus-Film A.G. There she made some of her most successful films like Schiff in Not/Ship Stranded (Fred Sauer, 1925) with Gustav Fröhlich, Casanova/The Loves of Casanova (Alexandre Volkoff, 1927) starring Ivan Mozzhukhin, and the Alexander Pushkin adaptation Pique Dame (Aleksandr Razumnyi, 1927).

As the vivacious and much younger wife of bureaucrat Werner Krauss she proved in the farce Die Hose/The Trousers (Hans Behrendt, 1927) her talent for comedy and self irony. 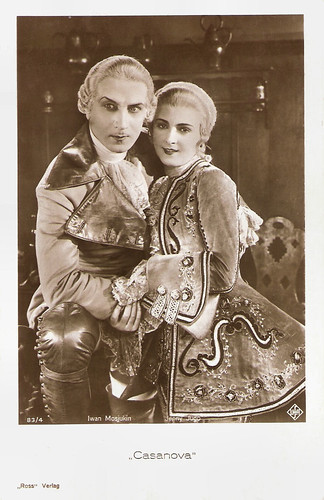 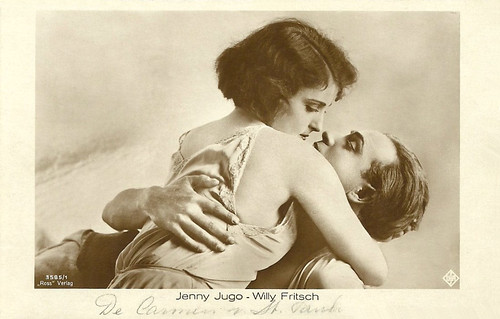 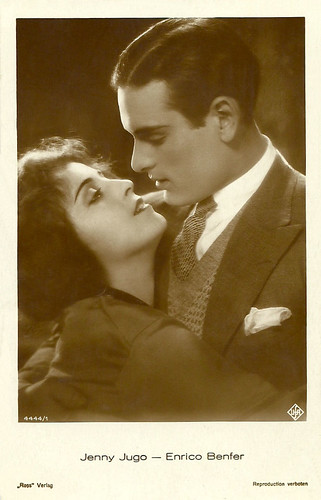 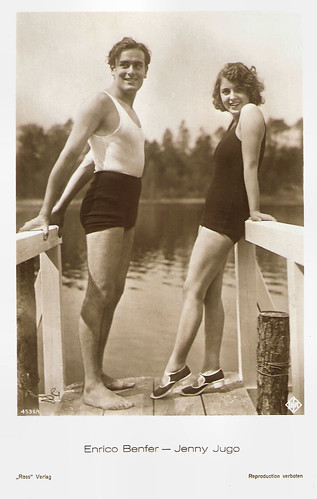 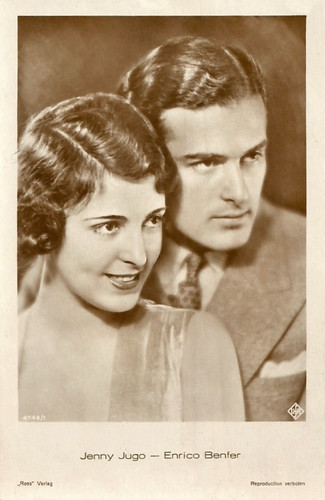 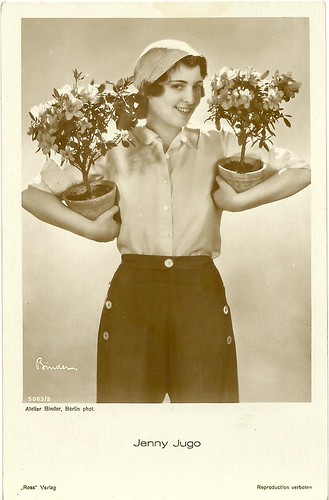 
When the era of the silent film was over and sound film demanded a new acting talent and especially a very clear pronunciation, Jenny Jugo took acting lessons for the first time in her life. In the next years she acted in less important films like Kopfüber ins Glück/Headfirst in Happiness (Hans Steinhoff, 1929) with Fritz Schulz, and Die nackte Wahrheit/The Naked Truth (Karl Anton, 1931).

Starting with Wer nimmt die Liebe ernst?/Who Takes Love Seriously? (Erich Engel, 1931) starring Max Hansen, she began a cooperation with director Erich Engel who knew how to use her comedy talent. Till 1942 they shot eleven films together.

In these films she established an acting style which was described by Bertolt Brecht as "just naturalness". She belonged with Zarah Leander and Paula Wessely to the best-paid actresses of the Ufa.

In 1950 Jugo married actor Enrico Benfer a.k.a. Friedrich Benfer, with whom she had worked in many of her films. They retired from the film business to a farm in Schönrain near Bad Heilbrunn, Bavaria. In 1971 she was awarded the Filmband in Gold for her long and outstanding contributions to the German cinema. In the 1970s a medical treatment went wrong, and since then Jugo was tied up to a wheelchair.

Jenny Jugo died in 2001 in Schwaighofen near Königsdorf, Germany. She was 96. In the summer of 2006, the film museum of Potsdam acquired a quite special collection: about forty costumes which Jugo had worn in her Ufa films and numerous documents, which the star herself had saved at her High-Bavarian farm. 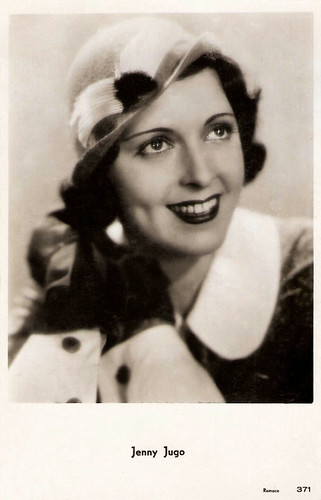 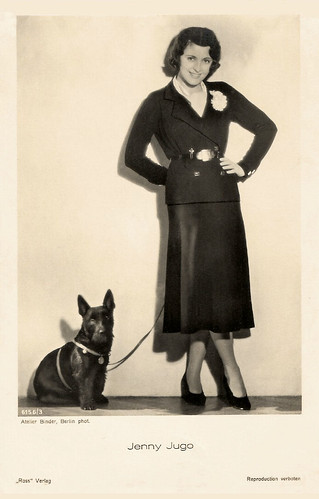 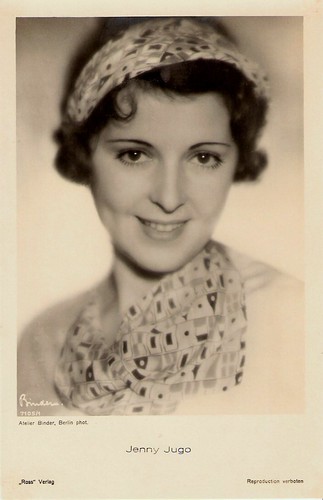 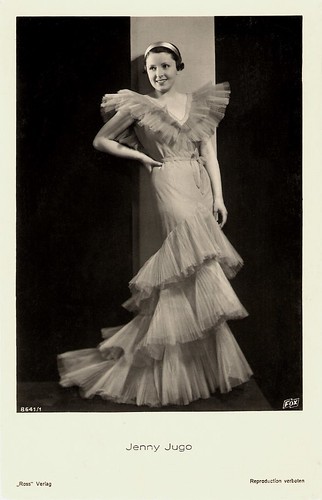 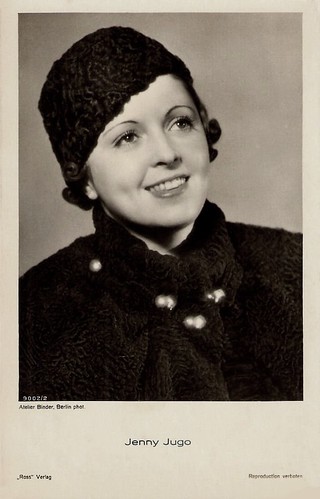 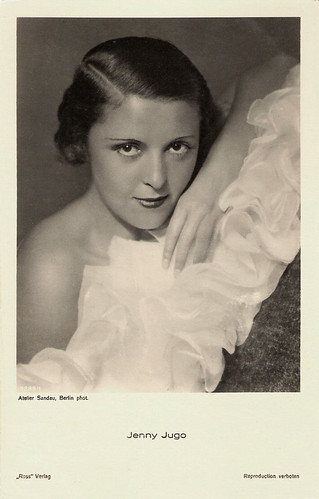 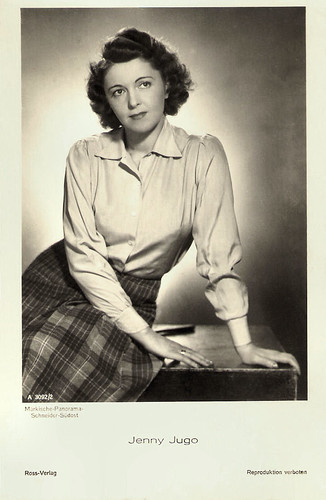 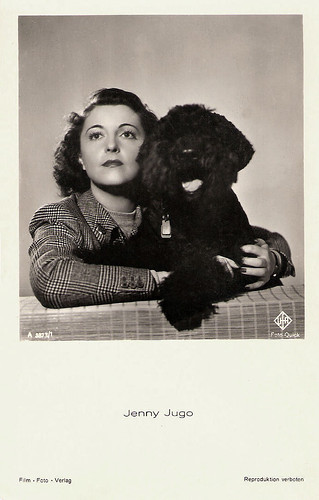