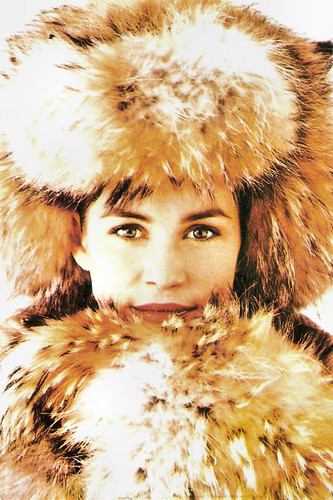 
Valérie Kaprisky was born Valerie Chérès in Neuilly-sur-Seine, Hauts-de-Seine, France in 1962. Kaprisky is her Polish mother's maiden name. She is of Turkish and Argentine descent on her father's side.

During her youth in Cannes she was inspired by the film festival to pursue an acting career. At 17, she she went to Paris and started to attend the Cours Florent. In 1981 she made her film debut with a bit role in Le Jour se lève et les conneries commencent/The sun rises and the bullshit begins (Claude Mulot, 1981).

She was noticed by director Jean-Marie Poiré who offered her a part in his comedy Les Hommes préfèrent les grosses/Men Prefer Fat Girls (1981) starring Josiane Balasko.

Then she made her American debut, starring alongside Richard Gere in Breathless (Jim McBride, 1983), a remake of the Nouvelle Vague classic A Bout de Souffle (Jean-Luc Godard, 1960). The original film is about an American girl and a French criminal in Paris. The remake is about a French girl and an American criminal in Los Angeles. Breathless received mixed reviews. Many critics questioned the wisdom of casting Kaprisky with her limited acting experience. The film has since gained minor cult status. Quentin Tarantino cited it as one of the ‘coolest movies’. 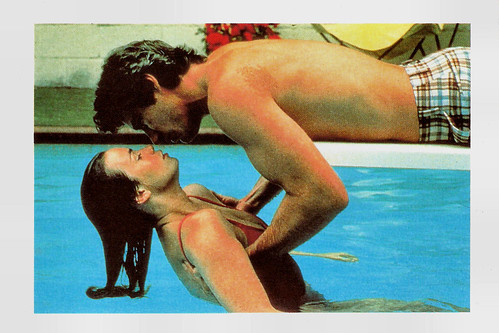 
Valérie Kaprisky returned to France, where she played the title role in La femme publique/The Public Woman (Andrzej Żuławski, 1984), opposite Lambert Wilson and Francis Huster. She played an inexperienced young actress, who is invited to play a role in a film based on Dostoyevsky's The Possessed.

Yuri German at AllMovie: “Dissatisfied by her performance, the eccentric filmmaker (Francis Huster) begins a rigorous course of indoctrination, sexual domination, and acting lessons, leaving the mentally exhausted girl unable to distinguish between the real world and that of the film.” The film was a box office success and for her role Kaprisky was a nominee for the 1985 César Award for Best Actress.

She also appeared as a lawless, exciting gypsy in the comedy Le gitan/The Gypsy (Philippe de Broca, 1986) and opposite André Dussollier in the crime drama in Mon ami le traître/My Friend The Traitor (José Giovanni, 1989).

In Italy she co-starred in the biographical drama Stradivari (Giacomo Battiato, 1988) with Anthony Quinn and Stefania Sandrelli. The film depicts the life and times of Antonio Stradivari, the man who raised the construction of violins to an art form. 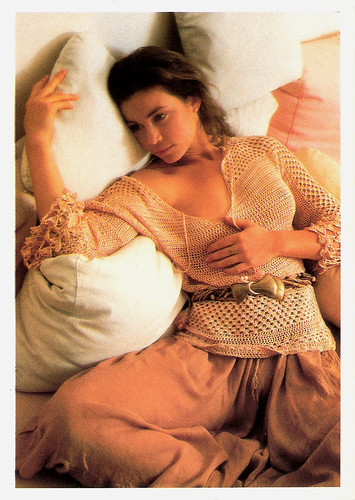 By the Pricking of My Thumbs


Valérie Kaprisky played the lead role in Milena/The Lover (Véra Belmont, 1991), the true tale of a Czech journalist and friend of Franz Kafka, who helped the oppressed and was sent to a concentration camp during the war.

Then Kaprisky started to act for television films and her work became less prolific. Her spare feature films in this decade include the Italian film La fine è nota/The End Is Known (Cristina Comencini, 1993) and the Canadian production Mouvements du désir/Desire in Motion (Léa Pool, 1994).

In the new century, she returned more often to the cinema in supporting parts. First she played in Une Place Parmi Les Vivants/A Place Among the Living (Raúl Ruiz, 2003), a philosophical film noir spoof, inspired by the gangster and detective films from the 1950s.