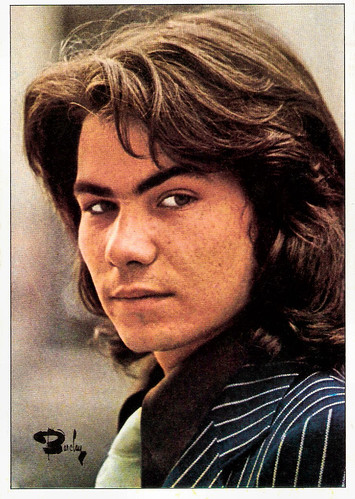 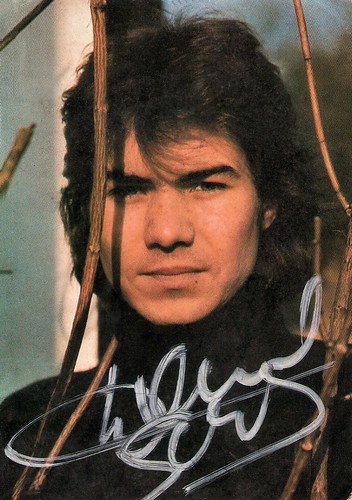 Daniel Guichard was born in Sauvian, France, in 1948. He grew up in the Halles district of Paris. His father died when Daniel was 15 and to support the family income he went to work in the Halles unloading vegetables and cheeses.

In the evenings, he started to pursue a musical career. He performed in the cabarets of Montmartre and Saint-Germain-des-Prés, interpreting, songs of Aristide Bruant accompanied by an accordionist. In 1967, he recorded some of these songs for Barclay.

His real success started in 1972 with the song La Tendresse (The Tenderness), written by Patricia Carli, which became one of the classics of the French Chanson. The song was first proposed to Mireille Mathieu, but was denied by her agent Johnny Stark.

In 1972, Guichard also made his debut at the Olympia, the main French Music Hall. There followed more hits like Faut pas pleurer comme (Don’t cry like that) composed by Christophe, and the inevitable Mon Vieux (My old, 1974), dedicated to his late father, and composed by Jean Ferrat.

In 1974, Daniel Guichard recorded the songs of Edith Piaf, in which he showed his Parisian identity. In 1975 and 1976, he performed again at the Olympia. He also launched his own Kuklos label in 1975. In 1983, he was very successful with the chansons Le Gitan (The gypsy), Doucement (Softly) and Le Nez au mur (The Nose to the Wall). In his garden, he started a pirate radio station, Radio Bocal (Fishbowl), which broadcasted French chansons round the clock with a largely volunteer team.

From the late 1980s on, his records were not successful and times got tough for Guichard. In the new century, many Golden Oldies of the 1970s had a revival and Guichard returned. He went on tour again and in 2012, after 20 years of absence, he released a new album, Notre Histoire (Our Story). The album was a success. That year, he also returned to the stage of the Olympia. 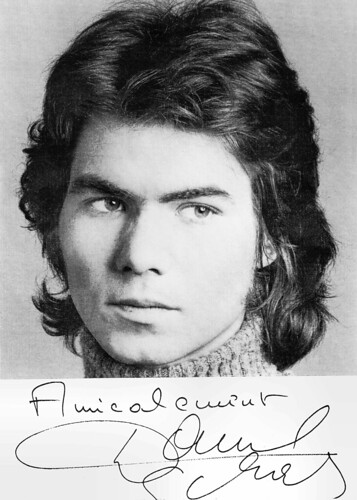 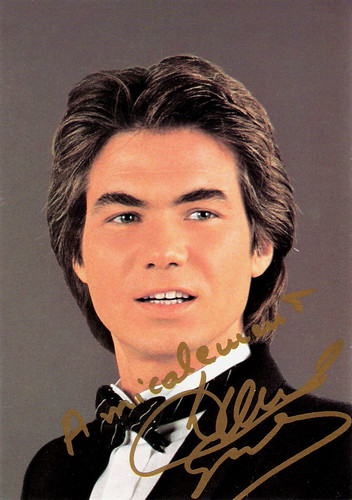 Daniel Guichard had a minor but interesting film career.

During his heydays he appeared in What a Flash! (Jean-Michel Barjol, 1972), a French alternative ‘documentary’ on the post-1968- flower-power generation. About 40 people, including well-known actors like Bernadette Lafont and Maria Schneider, enter a big hall, presumably a film studio. The doors are closed and they are to remain here for 50 hours to interact, discuss, eat, drink, sleep, ‘create’ – whatever they feel like.

Thorsten B at IMDb: “There is never a second of doubt that each of the ‘acting’ sequences included in the film are something different than the uncontrolled and spontaneous reactions and interactions before and afterward. Some of the guys and gals want to use the setting to display revolt, some play games, some try to rule, some want to obey; but in the end, the hall door opens, all step outside and everyone is happy. But subjective descriptions don't work well with this oddity. It's many things at once: interesting, yet sometimes boring; disappointing, yet sometimes suspenseful; unsurprising, yet sometimes awesome. In short, annoying, but at the same time fascinating.”

In 2014 he returned to the big screen in a supporting part in the French film Bon rétablissement!/Get Well Soon (Jean Becker, 2014) about a misanthropic and lonely grouch (Gérard Lanvin) who finds himself in hospital after a car accident. James Travers at Films de France: “The film is as predictable as it is anodyne but, thanks to some superb casting choices, Becker deftly avoids an outright disaster and the film is as pleasant a timewaster as you could ask for.”

Daniel Guichard has seven children from three relationships. With his former girlfriend Claudine, he has two daughters Ganaëlle (1969) and Armelle (1974) and a son, Anaël (1976) were born. From his relationship with his second girlfriend Michèle comes his daughter Emmanuelle (1984). Since 1986, he lives with Christine, with whom he has three children, Gabriël (1989), Joël (1993) and Raphaël (1996).

Daniel remained a handsome man even into his later years. I had never heard of him, though his face seems familiar.

My Mom, Eva Gibson, was a pioneer in Christian romance novels. She began writing them in the late 1970s, because there were no real wholesome romance novels at that time. Most were the old OLD Harlequins. Mom writes Bible Studies and most recently a historical Romance. I'm very proud of her. She is such an amazing woman. :D