With his brooding good looks, stage and film actor Paul Capellani (1877-1960) became a successful star of some 100 French and American films between 1908 and 1930. He was the younger brother of noted film director Albert Capellani and he appeared in many of his brother’s silent historical films. 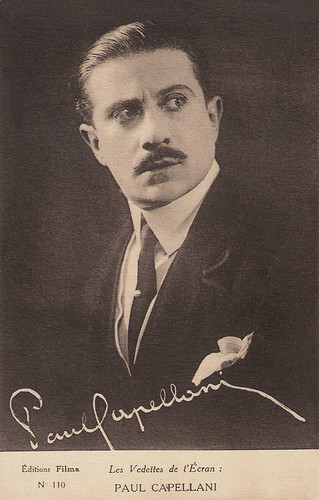 French postcard in the Les Vedettes de l'Écran series by Editions Filma, no. 110. 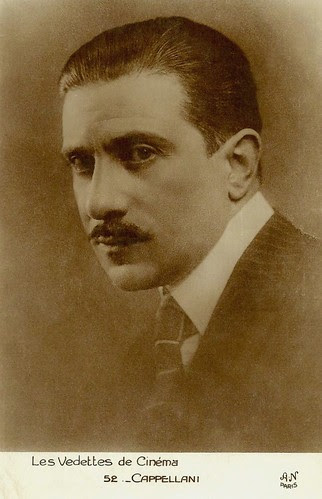 French postcard in the Les Vedettes de Cinema series by A.N., Paris, no. 52.

Born in Paris in 1877 (some sources say 1873), Paul Henri Capellani studied at the Conservatoire (the Paris Conservatory). With his good looks and small moustache he soon became one of the most popular jeunes premiers of the French theatre of the Belle Epoque.

At the zenith of his theatrical success, his older brother Albert Capellani called him in 1908 to act in his films for the Société Cinématographique des Auteurs et Gens de Lettres (SCAGL), a subsection of Pathé Frères which focused on adaptations of famous French stage plays.

He played opposite such stars of the new medium as Stacia Napierkowska, Francesca Bertini and Gabrielle Rosny. From 1910 on, Paul continued to work with his brother but alternated with films by other French film directors of the 1910s, such as George Denola, Ferdinand Zecca, Georges Monca, André Calmettes and Camille de Morlhon.

In 1911 Paul Capellani also worked as scriptwriter, adapting Hugo’s Les Misérables. The four-part serial Les Misérables (Albert Capellani, 1913) starred Henry Krauss as Jean Valjean, and Mistinguett as Eponine Thénardier. It was probably the first feature on which Paul collaborated, but it also marked the passage from onereelers to feature-length films in French cinema at large. 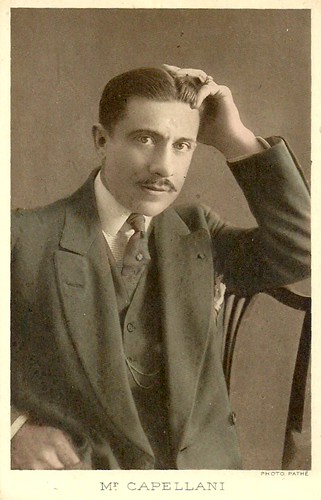 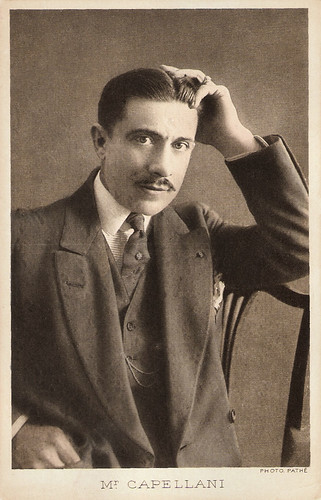 To the United States

When the First World War broke out, the French film industry slowed down and the two Capellani brothers went to the United States. When Clara Kimball Young formed her own company, she hired Paul Capellani to co-star in several films of European inspiration, often directed by Albert.

Paul’s first role was that of Armand Duval in the adaptation of Alexandre Dumas fils’ play La dame aux camellias/Camille (Albert Capellani, 1915), with Kimball Young as the unfortunate title character. Scriptwriter was the later famous Frances Marion. Kimball Young and Capellani were again paired in The Feast of Life (1916), The Dark Silence (1916), The Foolish Virgin (1916), and The Common Law (1916); all directed by Albert Capellani.

In 1922 Capellani played in Phroso (Louis Mercanton, 1922), about an Englishman (Reginald Owen) who purchases an island where a mysterious woman (Malvina Longfellow) rules. Other actors were Capellani’s wife Jeanne Desclos and a young Charles Vanel.

After 1922, Paul Capellani hardly did films anymore, and focused on sculpting. His last roles were parts in two early French Paramount sound films: La lettre/The letter (Louis Mercanton, 1930) based on a play by Somerset Maugham and scripted by Monta Bell, and the male lead in Une femme a menti/A Woman has lied (Charles de Rochefort, 1930).

After the death of his brother Albert in 1931, Paul quitted acting altogether and withdrew to the Cote d’Azur. There he died in Cagnes-sur-Mer in 1960, at the age of 83. At the time of his death Paul Capellani was completely forgotten, despite his brilliant film career. His former co-star Clara Kimball-Young remembered him fondly: "of all the screen lovers I have had, I really believe I prefer Paul Capellani, who played Armand to my Camille. Of course, Mr. Capellani had all the advantages in the world, for Armand is a wonderful role, and should inspire any man who has the least germ of talent for lovemaking. But in addition to that he has the foreign--perhaps I should say the latin technique." 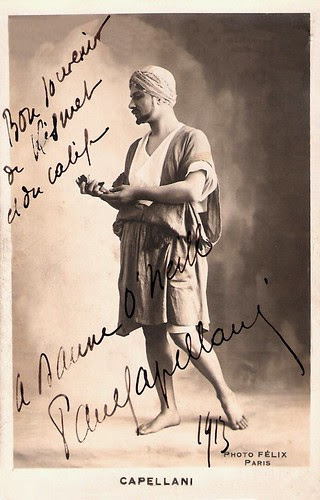 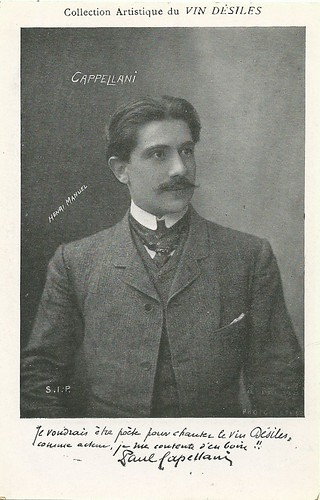