Imported from the USA: Janet Gaynor

Petite Janet Gaynor (1906-1984) was the innocent-eyed, round-faced Hollywood star who won the first Academy Award for Best Actress for her roles in three silent films. She went on to become a leading performer in talking pictures, and was one of the most popular Hollywood leading ladies in the 1920s and 1930s. She and Charles Farrell were 'America's favorite love-birds'. By 1934 she was receiving a yearly salary of $252,583 from Fox, making her Hollywood's most highly paid actress. 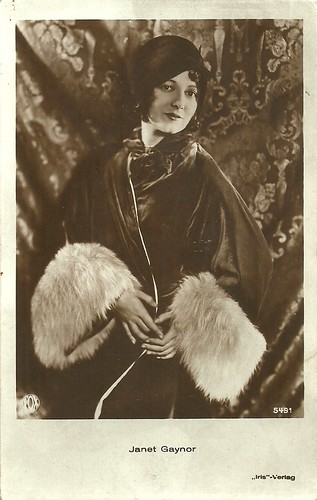 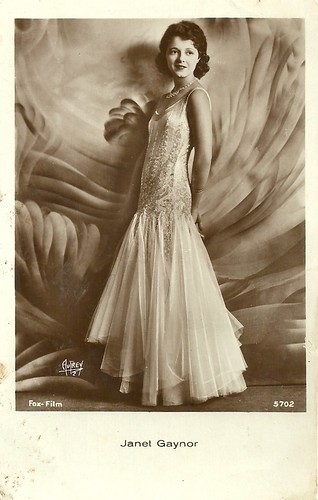 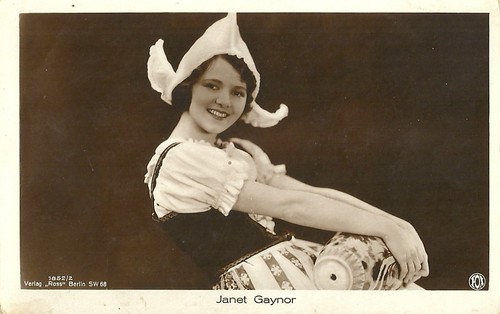 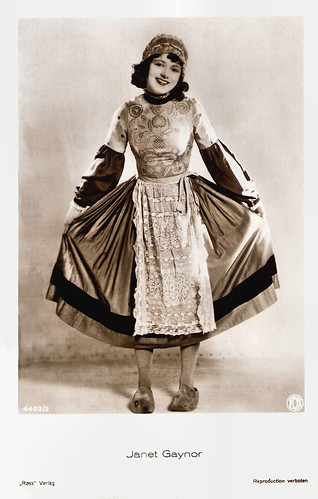 
Janet Gaynor was born Laura Gainor in 1906, in Philadelphia. Her family moved to Chicago and to Hollywood, where her stepfather was determined that she become a star. She made the rounds of the studios and eventually found work as an extra.

She got her start in films through her sister, a secretary for producer Hal Roach. Gaynor later boasted that she "never had an acting lesson in my life". Universal gave her a contract and she appeared in such shorts as The Gunless Bad Man (William Wyler, 1926) and Don't Shoot (William Wyler, 1926).

Fox executives noticed her and called her in for a test for the second lead in The Johnstown Flood (Irving Cummings, 1926) with George O’ Brien. After the test, the 18-years-old was signed to a five-year contract. She worked with John Ford on The Shamrock Handicap (1926) and The Blue Eagle (1926), again opposite George O’Brien.

Seventh Heaven (Frank Borzage, 1927), in which she played Diane, a Montmartre waif who is rescued from hardship and cruelty by Charles Farrell, made her a star. In 1928 the Oscars were first presented, and Gaynor was named best actress. The award was for her roles in three films - Seventh Heaven (1927), Sunrise (F. W. Murnau, 1927), and Street Angel (Frank Borzage, 1928). This was the first and only time an actress won the Oscar for multiple roles.

Gaynor again worked with Friedrich Wilhelm Murnau on the circus drama 4 Devils (F.W. Murnau, 1928) and with Farrell and Borzage on Lucky Star (Frank Borzage, 1929). She was teamed with Charles Farrell in 11 films altogether as she went from "the World's Sweetheart" to "America's favorite love-birds". 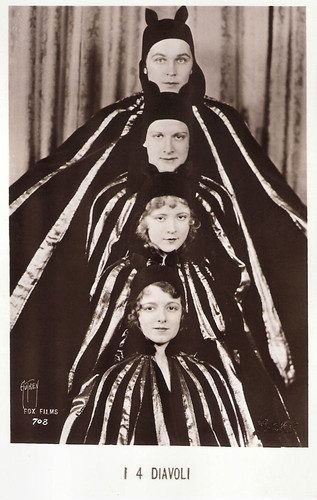 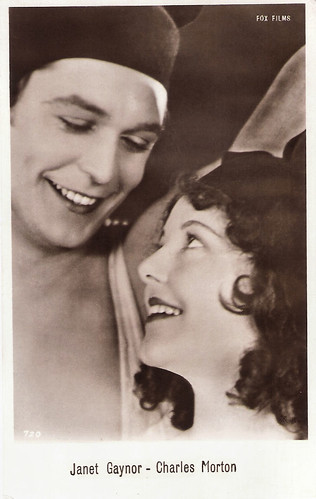 A Star Is Born


Janet Gaynor switched easily to the new talking pictures as her voice translated well to sound. In 12 successive years she made 36 films for Fox, including Daddy Longlegs (Alfred Santell, 1931), Tess of the Storm Country (Alfred Santell, 1932), State Fair (Henry King, 1933), and The Farmer Takes a Wife (Victor Fleming, 1935).

But Gaynor eventually tired of being typecast in the endless comedies and musicals that exploited her special qualities of innocence, vulnerability and sweetness. In 1937, she left Fox to join David O. Selznick and make A Star Is Born (William A. Wellman, 1938) with Fredric March in the classic story of two married film stars, one on the way up and the other on the way down. It was to be one of her most memorable films, and she was nominated for another Academy Award.

Denny Jackson at IMDb: “She was very convincing as Vicki Lester (aka Esther Blodgett), struggling actress trying for the big time. Told by the receptionist at Central casting ‘You know what your chances are? One in a hundred thousand,’ Esther/Vicki replies, ‘But maybe--I'm that one’”

Gaynor was very quiet about her personal life and valued her privacy. In 1932, she had married lawyer Lydell Peck, but they were divorced in 1934. After appearing in The Young in Heart (1938), Gaynor announced that she was retiring from acting. She was 33 and at the peak of her career.

In 1939, she married famous MGM costume designer Gilbert Adrian, known by the single name Adrian. The following year, they had a son, Robin Gaynor Adrian. Her husband died in 1959, and she married producer Paul Gregory in 1964. After she left full-time acting, Gaynor spent much of her time painting; she had several one-woman shows of her work at galleries in Palm Springs, Chicago and New York. Mostly she painted plants and flowers. 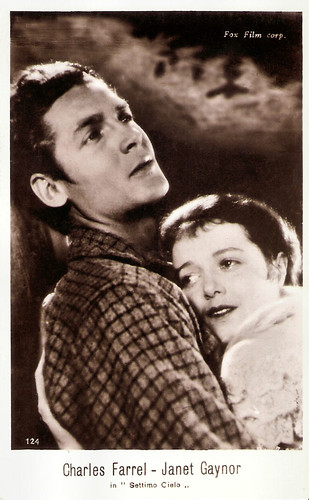 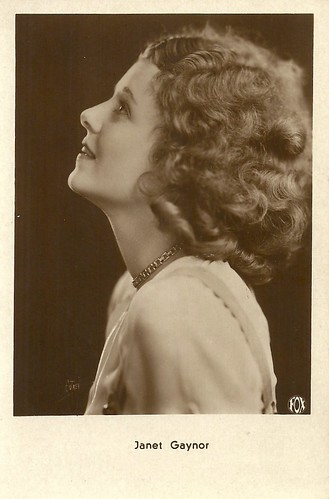 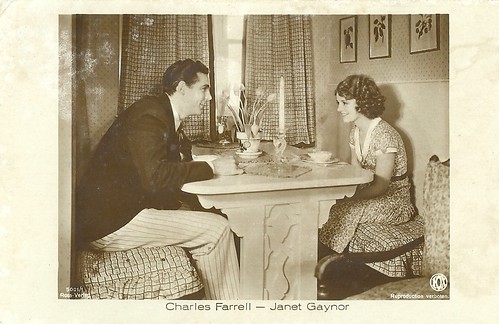 
In the 1950s, Janet Gaynor returned to acting. She appeared in the Pat Boone musical Bernardine (Henry Levin, 1957) as Boone’s mother, and in 1959, she made her stage debut in The Midnight Sun, but the production was a disaster.

Twenty years later she was offered a starring role in the Broadway production of Harold and Maude, the story of an 80-year-old woman who has a relationship with an 18-year-old boy. Reviewers liked Gaynor but not the play. It closed after 21 performances.

But Gaynor continued to appear occasionally on the stage. Her last screen appearance was a guest-role in the popular TV series The Love Boat (1981). In 1982 she starred in a touring production of On Golden Pond.

That same year, Gaynor and her longtime close friend Mary Martin were in a taxi cab accident in San Francisco. Martin's manager was killed and Gaynor suffered 11 rib fractures and pelvic and abdominal injuries. She never fully recovered from her injuries and two years later, she died of complications from the accident, at Desert Hospital in Palm Springs, Calif. Janet Gaynor was 77. 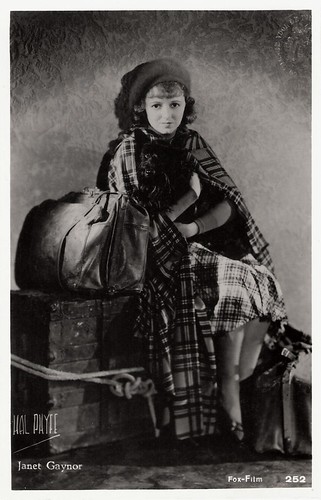 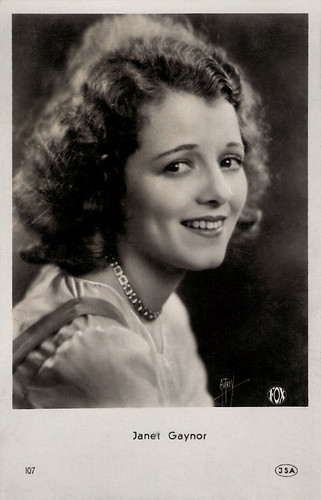 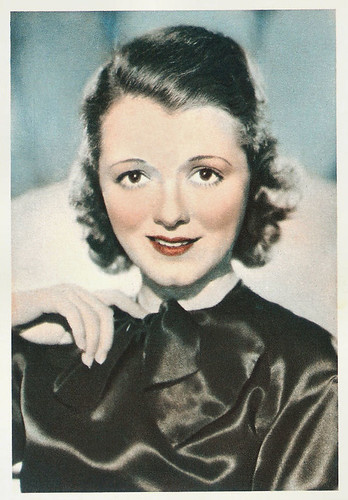 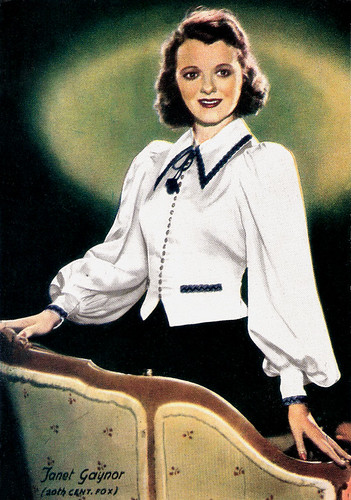