French actress Julie Delpy (1969) made her first film appearance at 14 in Détective (1985) by Jean-Luc Godard. Since then, she starred in many European films by directors as Bertrand Tavernier, Agnieszka Holland and Krzysztof Kieslowski and such Hollywood movies as the cult hit Before Sunrise (1995). Later she started to write and direct her own films. 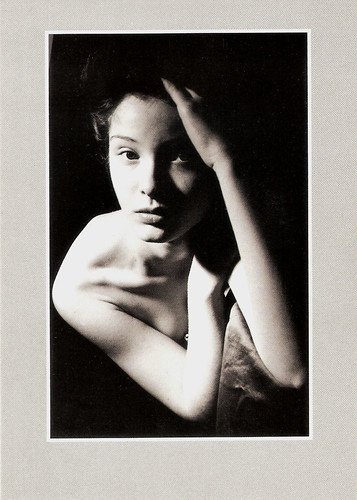 
Julie Delpy was born in Paris, France, in 1969 to Albert Delpy, a theatre director, and Marie Pillet, an actress in feature films and the avant-garde theater. Julie was an only child. Growing up in Paris, France, she was exposed to the arts and made her first short film at age 12, and wrote her first screenplay at 16.

Two years later, she made her film debut in Jean-Luc Godard's Détective (1985). She was excellent next to Michel Piccoli and Juliette Binoche in Mauvais Sang/Bad Blood (1986), director Leos Carax's second film. The film played at the 37th Berlin International Film Festival before being nominated for 3 César Awards (including one for Delpy) and winning the Prix Louis-Delluc.

Delpy then starred in the title role in Bertrand Tavernier's La Passion Béatrice (1987). For her performance, she was nominated for a César Award for Most Promising Actress. She used the money she earned to pay for her first trip to New York City. She also appeared in King Lear (Jean-Luc Godard, 1987), a sardonic parody and adaptation of William Shakespeare's play, and in the Spanish drama La noche oscura/The Dark Night (Carlos Saura, 1989) in which she appeared as the Virgin Mary.

Delpy became an international celebrity after starring in Europa Europa (1990) directed by Agnieszka Holland. In the film, she plays a young pro-Nazi who falls in love with the hero, Solomon Perel (Marco Hofschneider), not knowing that he is Jewish.

From 1990 till 1995, she studied filmmaking at New York University's Tisch School of the Arts. She saved the money she earned with acting jobs to help pay her studies. She played leads in Voyager (Volker Schlöndorf, 1991) with Sam Shepard, and Warszawa. Année 5703/Warsaw. Year 5703 (Przemyslaw Skwirczynski, 1992) with Lambert Wilson and Hanna Schygulla.

Polish director Krzysztof Kieslowski became a mentor to her in 1993, and he cast her in his Trois couleurs: Blanc (1994), the second film of his Three Colors Trilogy. Delpy also appeared briefly in the other two films in the same role. She also starred in several American productions, including Disney’s The Three Musketeers (Stephen Herek, 1993), and Killing Zoe (Roger Avary, 1993), opposite Eric Stoltz. She wrote and directed the short film Blah Blah Blah (1995), which screened at the Sundance Film Festival.


Julie Delpy is best known for Richard Linklater's ‘Before’ series, alongside Ethan Hawke. The series started in 1995 with Before Sunrise, for which she wrote much of her own dialogue. The film received glowing reviews and was considered one of the most significant films of the 1990s' independent film movement.

The success of Before Sunrise led to the casting of Delpy in the American horror comedy An American Werewolf in Paris (Anthony Waller, 1997). Delpy reprised her Before Sunrise character, Céline, in the sequels Before Sunset (2004), and Before Midnight (2013). Both were also well received and Before Sunset earned Delpy, who co-wrote the script, her first Academy Award nomination for Writing Adapted Screenplay.

In 2001, she became a United States citizen, but she still keeps her French citizenship. She made her feature length directorial debut with Looking for Jimmy (2002) which she also wrote and produced. Delpy is also a musical artist. She released a self-titled album, Julie Delpy in 2003.

Delpy directed, wrote, edited, and co-produced the original score for 2 Days in Paris (2007), co-starring Adam Goldberg. The film also features Delpy's real-life parents, Marie Pillet and Albert Delpy, as her character's parents. In 2012 she released 2 Days in New York, a sequel to 2 Days in Paris. The film starred Delpy and actor Chris Rock.

Her son Leo was born in 2009. Father is her boyfriend Marc Streitenfeld. Julie Delpy is a resident of Los Angeles. She has been nominated for three César Awards, and two Academy Awards.